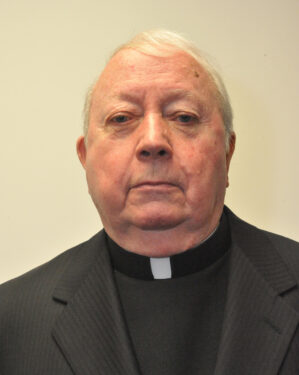 Father Eugene P. Coyle, a retired priest of the Diocese of Brooklyn, died on June 20 at Bishop Mugavero Residence, Douglaston.

Father Coyle was born on Jan. 26, 1927, in Pennsylvania. He graduated from St. Agustine High School in 1946 and went into the Army right away. He entered his basic training and was sent to Japan where he stayed stationed for over a year. When he came back to Brooklyn he went to St. John’s University and graduated in 1950. In Sept. 1950, he entered Huntington Seminary.

Father Coyle was ordained to the Priesthood on May 29, 1954, at St. James Pro-Cathedral, Downtown Brooklyn, by Bishop Thomas E. Molloy.

Father Coyle was also for 14 years, 1970-84, a faculty member at the Cathedral Preparatory School and Seminary. Msgr. John Casey, who was a rector of Cathedral Prep from 1972-74, remembers him as “very passionate about having people speak proper English. If I was speaking to him and I made a mistake, he would correct me … but in a good way,” he said. “He had a good reputation with the faculty and the students.”

“He loved the music of the ’40s, ‘50s, and ‘60s and he had many records,” Msgr. Casey remembered. “He was a wonderful priest who did a lot of good to each of the parishes he was assigned to … and especially he loved Cathedral,” he said. 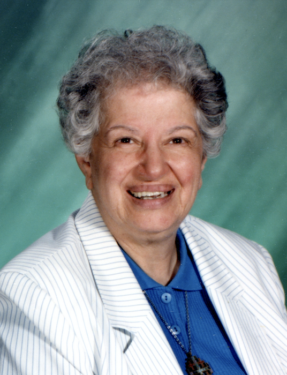 Sister Maryla Farfour, I.H.M., of the Sisters, Servants of the Immaculate Heart of Mary died on June 20 at Our Lady of Peace Residence in Scranton, Pa. She was 96.

Sister Maryla served as a music teacher at St. Ephrem Elementary School in Brooklyn, from 1980 to 1983.

Due to the restrictions related to the coronavirus, there was a private graveside service followed by burial at St. Catherine’s Cemetery in Moscow, Pa. 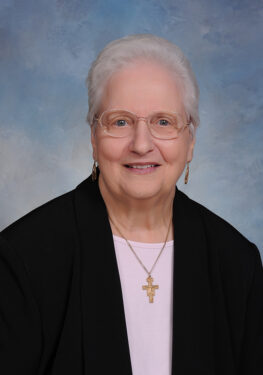 She was born in Brooklyn, where she was a member of Holy Family parish. In 1960, she entered the Franciscan Sisters of Ringwood, a congregation which later merged with the Sisters of St. Francis of Philadelphia, and professed her first vows in 1962.

Sister Annette earned both a B.S. and an M.A. in Education from Seton Hall University as well as a P.D. (Professional Diploma) in Administration from Fordham University.

Sister Annette also served as a member of the leadership team for the Sisters of St. Francis of Philadelphia. 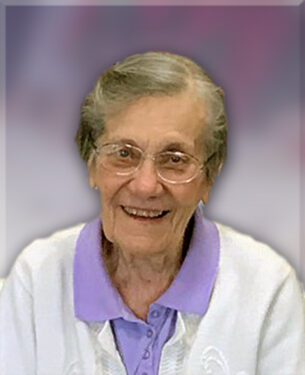 Sister Mary Dismas Marschhauser, O.P., a member of the Dominican Sisters of Amityville for 78 years, died on June 21. She was 96.

She entered the Congregation on Feb. 2, 1942, was invested that summer, and received the name, Sister Mary Dismas.

She pronounced her first vows on Aug. 24, 1943, and was assigned to St. Patrick in Brooklyn, where she taught in the parish school for four years. On August 24, 19􀀙􀀛, she made her final 􀁛ows, and a year later was assigned to Puerto Rico.

She ministered in Puerto Rico until 1981. In recognition of her accomplishments in Naranjito and Yauco, both cities proclaimed her as an adopted daughter and gave her a key to their cities. Her zeal for a mission called her to move beyond the shores of the Island. For four years, Sister Dismas labored in a jungle area in

Ecuador working with the Shuar and Quichua tribes. Beloved by them, she was adopted as a member of each tribe — the only woman to receive this honor.

In 2006, Sister Dismas became a Pastoral Assistant in San Juan De La Maguana in the Dominican Republic. Sister Dismas returned to Amityville in October of 2014.

A funeral mass was celebrated on June 25, at the Motherhouse in Amityville. 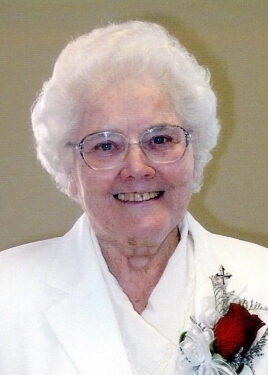 Sister Marie Therese Murphy, O.P., a member of the Dominican Sisters of Amityville for 78 years, died on June 27. She was 96.

She was born on Aug.15, 1923, in Manhattan, but soon her parents, both from Ireland, moved with their eight children to Elmhurst, where she attended St. Bartholomew School. At the age of 14, she enrolled in Villa Maria in Water Mill, NY, the Dominican Juniorate.

A private funeral Mass was celebrated on July 2 in St. Albert’s Chapel at the Motherhouse, followed by burial in the Sisters’ Cemetery.

Ms. Mary T. Diamond, sister of Msgr. Michael Cantley, a retired priest of the Diocese of Brooklyn, died on July 5, in her private residence in North Carolina.

Mr. Aleksander Piatkowski, father of Reverend Mariusz Piatkowski, S.A.C., a priest of the Society of the Catholic Apostolate (Pallottines), who is presently ministering as a Parochial Vicar of St. Aloysius R.C. Church, Ridgewood, died on July 3 in Poland.

Mr. Edward B. Wtulich, brother of Reverend John S. Wtulich, a retired priest of the Diocese of Brooklyn, who is presently residing at Bishop Mugavero Residence, Douglaston, died July 4.