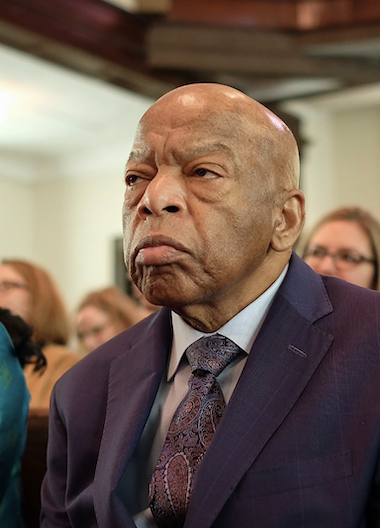 Rep. John Lewis, the civil rights movement legend who was a colleague of the Rev. Martin Luther King Jr., and a paladin of the non-violent protest, died July 17, after been diagnosed with pancreatic cancer last December. He was 80.

He was born on Feb. 21, 1940, outside of Troy, Alabama. One of the Big Six leaders of the Civil Rights Movement, Mr. Lewis was one of the architects and a keynote speaker at the historic March on Washington in Aug. 1963.

He also helped spearhead one of the most iconic moments of the Civil Rights Movement which helped hasten the passage of the Voting Rights Act of 1965, leading along with Hosea Williams, over 600 peaceful protestors across the Edmund Pettus Bridge in Selma, Alabama, on March 7, 1965.

In 1981, he was elected to the Atlanta City Council. He was elected to Congress in November 1986, serving as U.S. Representative of Georgia’s Fifth Congressional District until his decease.

Mr. Lewis held a B.A. in Religion and Philosophy from Fisk University, and was a graduate of the American Baptist Theological Seminary, both in Nashville, Tenn. He had over 50 honorary degrees from prestigious colleges and universities throughout the United States and was the recipient of the Medal of Freedom, the highest civilian honor in the United States, amongst many other honors and awards. 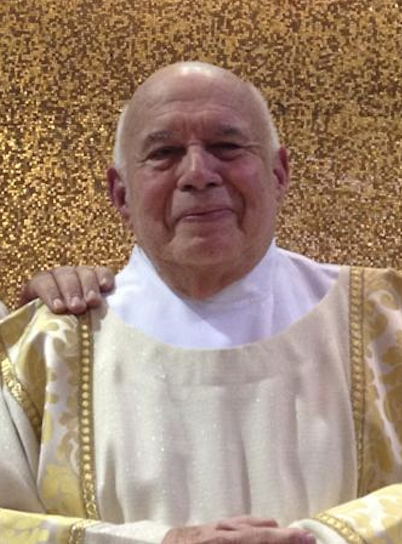 Deacon Juan J. Calvo, who served at Queen of Angels parish, Sunnyside, died on July 11 at his private
residence. He was 88.

Deacon Calvo was born in Camagüey, Cuba, on Dec. 26th, 1931. He obtained a doctorate of law in Cuba and emigrated to the United States in Jan. 1961. He moved to Sunnyside, Queens, in 1967 and worked as a social worker for the city of New York. He was ordained as a Deacon on April 9, 1983, and served at Queen of Angels parish for all his diaconate.

Deacon Calvo is survived by his three children with his late wife Esperanza: Miguel Calvo, Mary Konecko, and John Calvo; and his five grandchildren.

A funeral Mass was celebrated on July 14 at Queen of Angels parish. Father Brian Dowd was the homilist. Burial followed in Calvary Cemetery.

Mrs. Catherine Cush, mother of Father John P. Cush, died on July 8. Father Cush is a priest of the Diocese of Brooklyn and a member of the editorial staff of The Tablet. He is presently ministering as Academic Dean at the Pontifi cal North American College in Rome, Italy.

A wake for Mrs. Cush was held at M. J. Smith Sons Funeral Home on July 10. A funeral Mass was celebrated at Immaculate Heart of Mary parish on July 11. Burial was held in the Green-Wood Cemetery.

Mrs. Diane Jean Longalong-Mercado, sister of Father Patrick Longalong, a priest of the Diocese of Brooklyn, who is presently ministering as pastor of Our Lady of Lourdes, Queens Village, and coordinator of the Ministry to Filipino Immigrants, died on July 1.