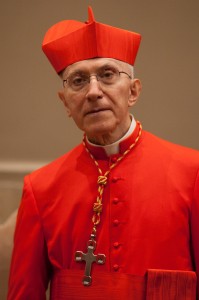 Italian Cardinal Fortunato Baldelli, retired head of a Vatican court and a former Vatican diplomat, died Sept. 20 in Rome at the age of 77. A funeral was celebrated Sept. 22 in St. Peter’s Basilica. Cardinal Angelo Sodano, dean of the College of Cardinals, presided over the Mass. Cardinal Baldelli had spent 43 years serving in the Vatican’s diplomatic corps before Pope Benedict chose him in 2009 to head the Apostolic Penitentiary, a Vatican tribunal that deals with the most sensitive matters of conscience as well as with the granting of indulgences. 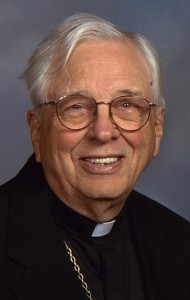 Bishop Albert H. Ottenweller, the retired bishop of Steubenville, Ohio, and a former Toledo auxiliary, died Sept. 23 at the Ursuline Center in Toledo after a brief illness. He was 96. Bishop Ottenweller was Toledo’s first auxiliary bishop, serving from 1974 to 1977, when he was appointed to head the Steubenville Diocese, where he served until his retirement in 1992. He frequently spoke and wrote about the need for diocesan and parish structures to change and develop in light of the Second Vatican Council’s vision of Church, the emerging role of the laity and changing local needs.