PROSPECT HEIGHTS — Since taking the helm of the Diocese of Brooklyn 18 years ago, Bishop Nicholas DiMarzio has seen New York City political leaders come and go. The Bishop is calling the 2021 mayoral race “critical.”

To that end, he has sent a questionnaire to mayoral candidates who appeared in the televised debates — Eric L. Adams, Shaun Donovan, Kathryn A. Garcia, Raymond J. McGuire, Dianne Morales, Scott Stringer, Maya D. Wiley, and Andrew Yang of the Democratic Party, and Fernando Mateo and Curtis Sliwa of the Republican Party — surveying them on issues that concern 1.5 million Catholics in the diocese.

[Related: Something New on This Year’s Ballot]

The primary election is set for Tuesday, June 22. Incumbent Mayor Bill de Blasio, facing term limits, will leave the office at the end of the year. In response, the Democratic Party has fielded eight frontrunners, while the Republicans have two.

“There’s such a variety of approaches, from the far left and the right,” Bishop DiMarzio said on June 10. “People want to upset everything; they have different ideas about policing, about the environment, about housing. So, hopefully, we can get an administration that’s balanced so that all the rights of everyone in the city are respected.”

In May, Bishop DiMarzio wrote to the candidates, inviting them to participate in the questionnaire. He noted that “Much of what we do is in partnership with the City of New York.”

Therefore, he added, it is important for voters to understand how the next mayor might handle issues of concern for Catholics.

The bishop said many of the issues on the questionnaire concern everyone.

In his letter to candidates, Bishop DiMarzio said organizations in the diocese serve people and families “of all ages, backgrounds, and faiths,  regardless of immigration status.”

Included are Catholic Charities, Catholic Migration Services, and the Catholic Foundation of Brooklyn and Queens.

The bishop made a point of discussing the deteriorating state of public safety in the five boroughs.

“The last three weeks, look how many innocent children have been killed because there’s too many guns on the street,” he said. “We have to do something to get rid of the guns. People use them. We can’t have that in society.”

“This is not the frontier,” he added. “This is not 1890 in Texas. This is the United States of America in 2021. Something has to be done to get back public safety in this country, and our city especially.”

The erosion of public safety, Bishop DiMarzio added, has helped fuel a steady flow of people leaving the city.

“This is a problem for us,” he said. “We have new people coming, fine.

“But the people who made the city, who have history here, are leaving because of the conditions, especially the safety conditions.”

The bishop said he was pleased with the questionnaire responses that he had seen so far. He concluded that the project puts participating candidates on record so that voters can hold the next mayor accountable as they respond to these critical issues.

“I would say most of them came back with very positive answers, which is good,” he said. “That means that what we’re getting seems to be an understanding of our issues.”

The Diocese of Brooklyn created and sent a questionnaire to New York City mayoral candidates who appeared in the televised debates to be printed in The Tablet. Their responses are presented here. Democratic candidates Shaun Donovan, Dianne Morales, and Scott Stringer and Republican candidate Curtis Sliwa, did not respond to the questionnaire.

Click on the image below to view the full questionnaire 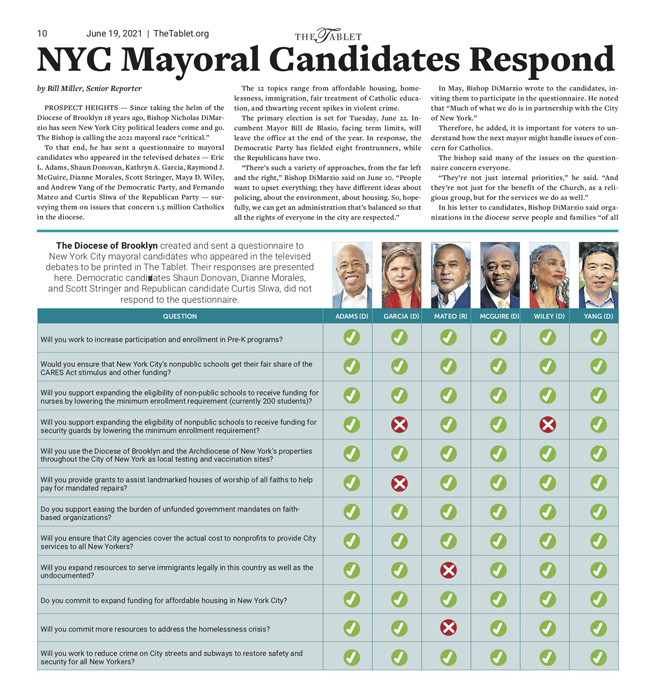 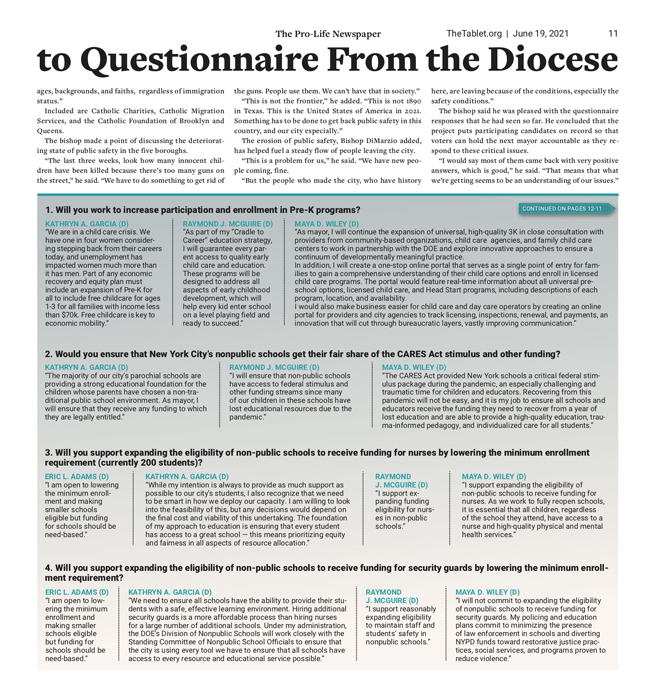 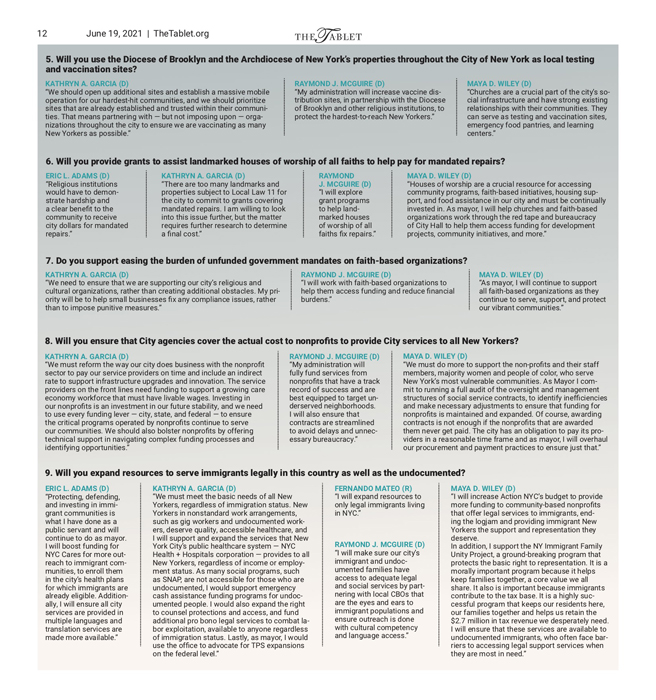 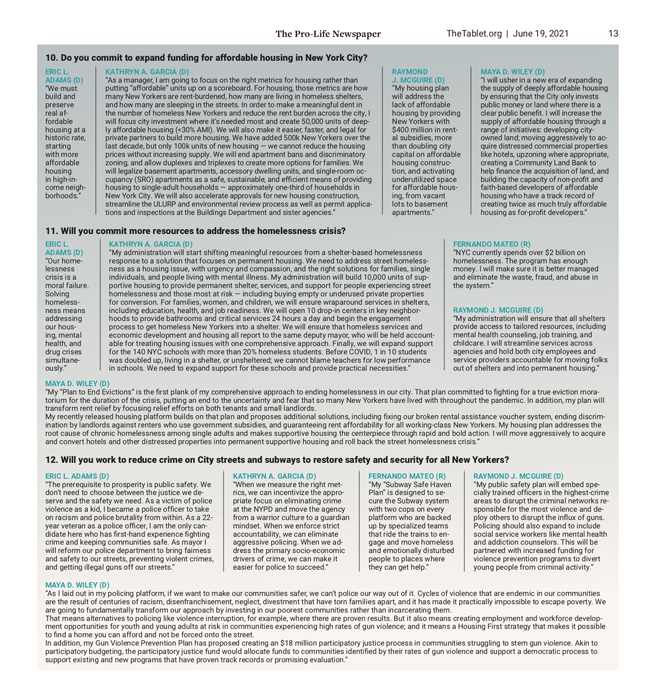