In yet another example of the support New Yorkers have offered to the people of Puerto Rico since Hurricane Maria devastated the island, Cardinal Timothy Dolan and Bishop Nicholas DiMarzio visited San Juan, Puerto Rico, on Monday, Oct. 30.

Travelling with the prelates were Msgr. Kevin Sullivan, executive director of Catholic Charities of the Archdiocese, and Wanda Vásquez, director of Hispanic Pastoral Ministry.

“Our purpose first is to bring solidarity,” said Bishop DiMarzio at San Juan Cathedral. “We come to help the Church here. We come from two dioceses – the Archdiocese of New York and the Diocese of Brooklyn. We come because there are many Puerto Ricans in our dioceses, and they are concerned about their place of origin. So we come to bring some material help, but also to bring some solidarity, hope. And to better understand the situation so we can get them the help that they need.”

The visit started with a Mass at the San Juan Cathedral, the seat of the first diocese of the New World. Before the liturgy, Cardinal Dolan and Bishop DiMarzio, guided by Archbishop Roberto González Nieves of San Juan, toured the cathedral and stopped to pray at the tomb of Cardinal Luis Aponte – the only Puerto Rican ever named a cardinal and Archbishop González’s predecessor – and in front of the relics of Blessed Carlos Manuel Rodríguez, the first Puerto Rican to be beatified.

Cardinal Dolan, the main celebrant and homilist at the Mass, reminded the faithful that beyond the solidarity all Christians should offer to his brothers and sisters in times of crisis, he was also there because Archbishop González is “a dear friend.”

During an interview after Mass, he explained, “Archbishop González, we love him. He used to be a parish priest in the Bronx. And he said to me about two weeks ago, ‘We feel alone and forgotten.’ I said, ‘Well, we are coming to see you. That’s what neighbors do, that’s what the Bible tells us to do, that’s what Holy Mother Church wants us to do.’ So Bishop DiMarzio and I said, ‘Let’s go visit Roberto.’”

Asked about his first impressions he said, “The first impression would be the friendliness, the resilience, the welcoming of the people. With all the challenges and difficulties they have been through, they haven’t lost their sense of hope.”

The prelates later visited the headquarters of Caritas Puerto Rico, the equivalent of Catholic Charities on the island. That organization will receive and distribute a significant part of the $700,000 brought by the Archdiocese of New York and the $115,000 sent by the Diocese of Brooklyn.

They toured the facilities with Father Enrique Camacho, director of Caritas Puerto Rico, and held a press conference together with Archbishop González and Msgr. Sullivan.

Later, they went to a mountaintop on the outskirts of San Juan where the National Shrine on Our Lady of Providence will be built. A gigantic metal cross and a life-size Way of the Cross can be seen at the site.

The last stop of the quick non-stop schedule was at the Carmelo de San José, an enclosed convent at the Trujillo Alto municipality. The 1970s Brutalist-style convent endured the full impact of Hurricane Maria.

After singing the Salve Regina at the chapel, the visitors talked with the nuns. Several of them are over 80 years of age. They told the bishops how they spent hours in their cells alone in the dark, while the hurricane blasted their convent.

Both Cardinal Dolan and Bishop DiMarzio spoke with evident emotion about their love and respect for enclosed nuns. The cardinal explained that part of the assistance they had brought was destined to repair the damages the convent received during Hurricane Maria.

Two of the younger Carmelite nuns sang a song in honor of the visitors. The rhythm was 100 percent Puerto Rican. In the lyrics, they thanked Archbishop González for bringing the prelates to the convent. 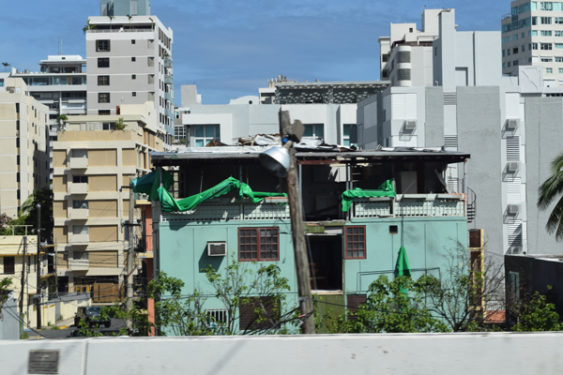 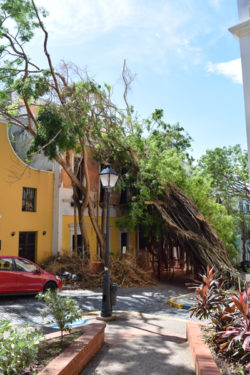 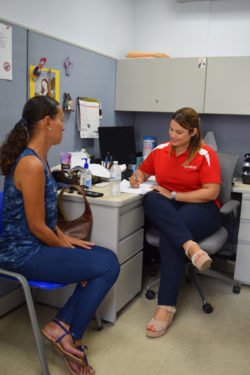 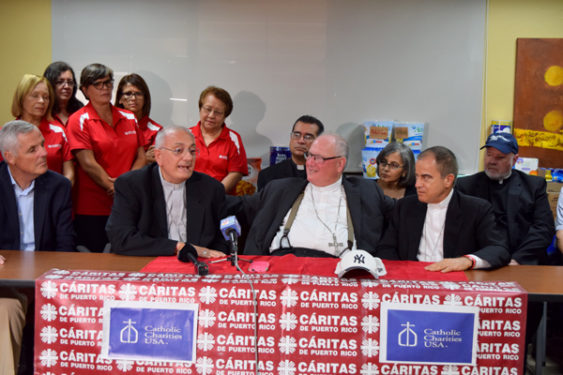 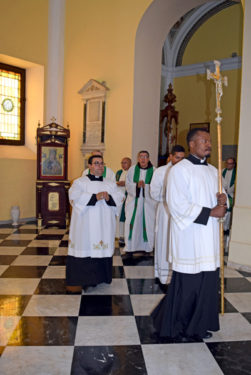 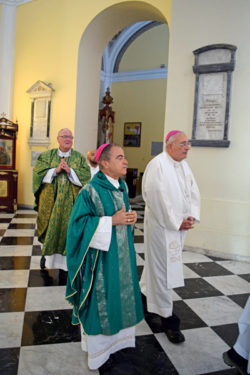 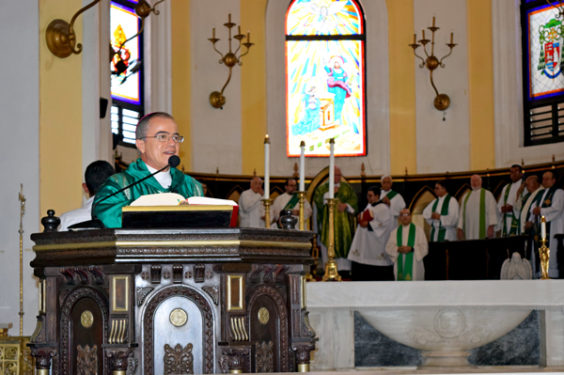 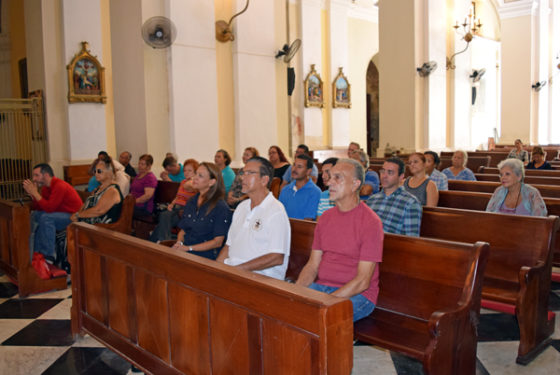