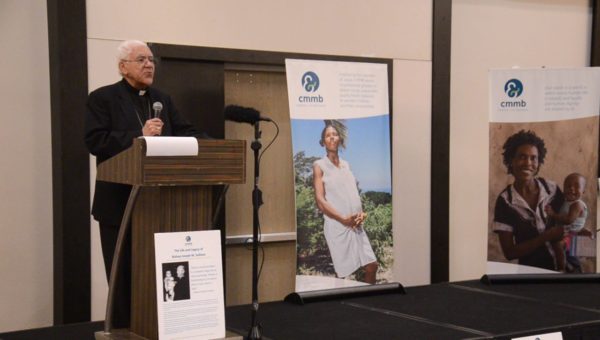 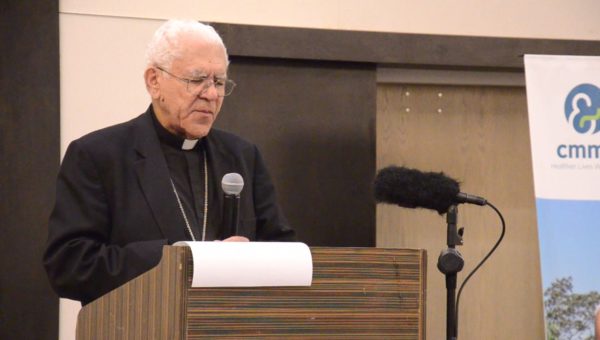 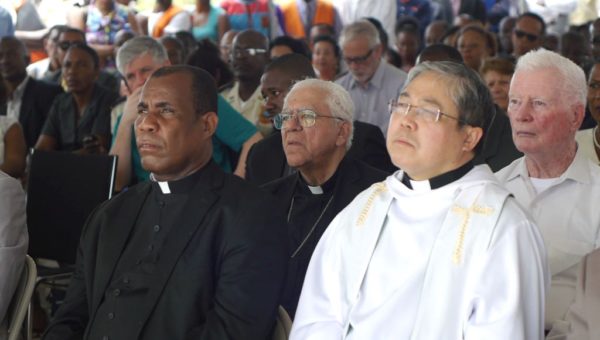 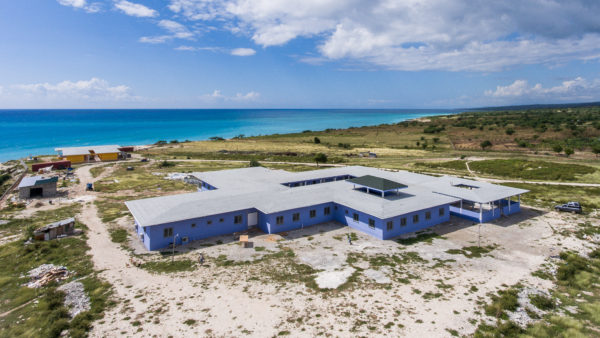 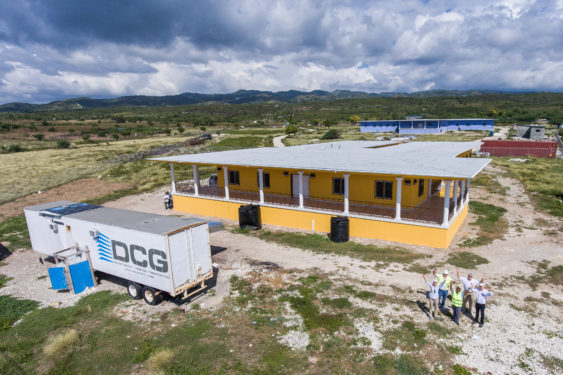 A new hospital was inaugurated in a small sea shore village in Haiti on March 20. It is called Bishop Joseph M. Sullivan Center for Health.

I was delegated by Bishop Nicholas DiMarzio to represent the Diocese of Brooklyn at the celebration.

Bishop Joseph Sullivan was an auxiliary bishop for more than 20 years until his death in a car accident in 2013. He was the director of Catholic Charities in the diocese and at the same time involved with passionate zeal on the national scene in all matters regarding social justice and human service to the poor.

For many years, he was the president of Catholic Medical Mission Board, or CMMB, a national Catholic association intent on bringing medical service to mission lands. During his years in that role, he gave a new impulse to the association and deeply inspired its members by his commitment to the poor everywhere.

CMMB was founded in 1912 by Dr. Paluel Flagg who as a Catholic wanted to foster strong connections with faith-based health care networks serving the poorest and most vulnerable in remote and underserved areas. Flagg visited Haiti in that same year and later opened a CMMB health program there which treated 207,725 Haitian patients in 2015. In 2016, more than 500,000 people have been impacted by CMMB’s programs in Haiti.

The current leaders of the association, who were at one point the collaborators of Bishop Sullivan, attended the dedication. Prominent among them were the CEO Bruce Wilkinson and the SVP for partnership Adrian Kerrigan.

The new hospital was dedicated to Bishop Sullivan so that the tremendous Christian qualities of our deceased bishop could be memorialized.

A delegation of 44 members travelled from many regions of the U.S. and even from Canada and some other countries to attend the event. A sister of the deceased bishop and some other members of the Sullivan family were also part of the delegation.

The new hospital was built in the small city of Cotes-de-Fer where no medical services were available. A long portion of the road leading to that fishing and goat raising area is still unpaved. A close-to five hours bumpy bus ride took us from Port-au-Prince, the capital of Haiti, to the site.

Dr. Dianne Jean-Francois, the local director of CMMB in Haiti, was the first speaker and she told the story of this project. After the 2010 earthquake, nobody could bring relief to this region. The roads were blocked, the bridges had collapsed. When weeks later she was able to reach Cotes-de-Fer, she realized how abandoned the population was. She then introduced the idea of creating a health service station here. She gathered the community and got the residents on board. She then contacted U.S. CMMB headquarters. They came over, visited the site and realized the need for the project. Dr. Jean-Francois challenged the local population to designate a site for the hospital. Finally, a large square mile of land was donated by its owner.

The health center was opened in partnership with Mercy Health, who was the lead funder for the hospital, providing a $2 million grant for its construction. The community of Cotes-de-Fer donated the land for which the hospital sits.

Other funding was matched by U.S. donors, including other corporations, foundations, health systems and individuals. Other contributions included:

The hospital is now completed. It is well equipped for pre-natal care, child delivery and nursery care, various types of surgery, malaria prevention and treatments and disability rehabilitation services.

Other services will be gradually added. Everything is on ground level. Twenty in-patient beds are available. The whole complex comprises some 30 separate rooms.

Another building has also been constructed to provide residence to the visiting doctors and other health workers who live there or visit the site.

The building is impressive. Other buildings will be constructed to respond to health needs. The hospital and the doctors’ residence represent the achievement of the first stage of the whole project. Two other stages will unfold.

After Dr. Jean-Francois’ speech, many others spoke as well including the local bishop’s representative, the mayor, dignitaries of CMMB and Mercy Health, government officials, and Bishop Sullivan’s sister. All the speakers were memorable but I shall simply quote an 85-year-old resident of the area who compared himself to old man Simeon in the Bible who, upon holding Baby Jesus in his arm exclaimed, “Now I may die in peace because my eyes have seen the salvation.”

“Now I may die, the old gentleman added, because what I hoped for my entire life has now been achieved.”