A night of celebration on the streets of Corona capped off a rededication celebration at Our Lady of Sorrows Church Oct. 1, nearly two years after it was extensively damaged by fire.

Bishop Nicholas DiMarzio, who visited the parish family on the morning of the blaze, returned last Saturday to rededicate the newly renovated church and install Father Raymond P. Roden as pastor during an afternoon Mass celebrated in Spanish and English. An outdoor street party followed.

“We are the church,” the bishop told the congregation. “This is our church where our family gathers to pray. Never forget this renovated church is here for us. After the fire, it is all new.”

Parishioner Miriam Auquilla marveled at the newness, turning her head and eyes in every direction.

Her sentiments echoed those of several hundred attendees, who filled the church to capacity. The overflow crowd found seats in the school hall and an outdoor tent, both equipped with screens to broadcast the Mass. Hundreds more lined the church steps, sidewalks and streets for the two-and-a-half-hour event.

Bishop DiMarzio conducted the rededication rite, which included a litany of the saints, a prayer of dedication, the anointing and incensing of the altar and the illumination of the church, which garnered sustained applause. 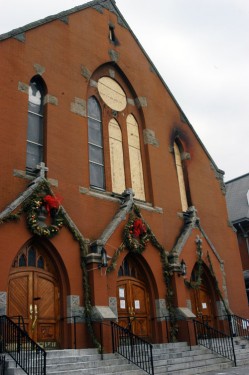 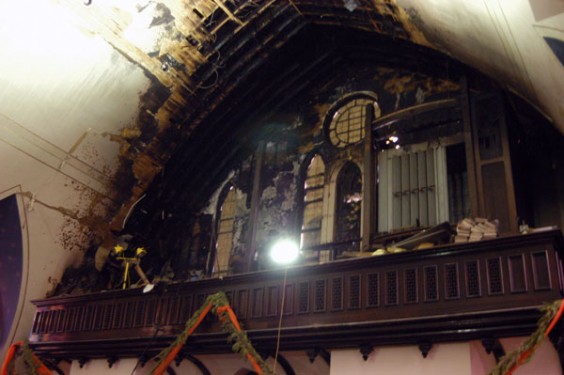 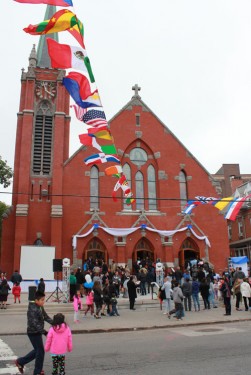 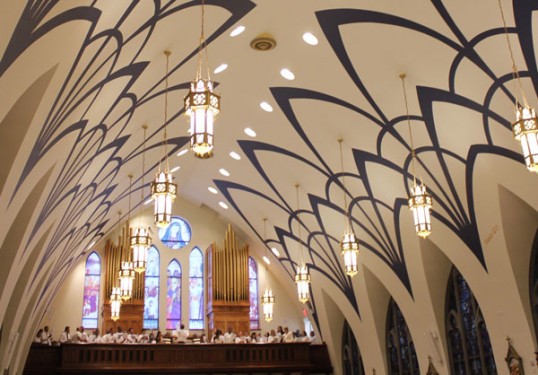 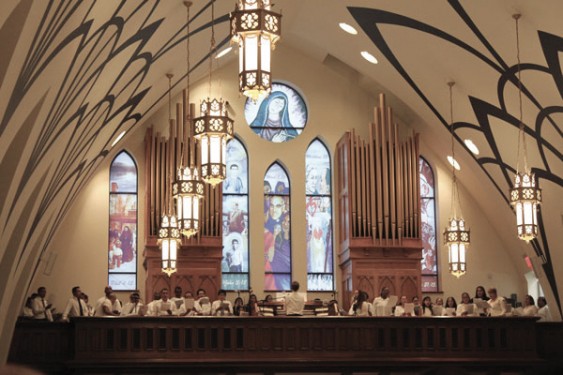 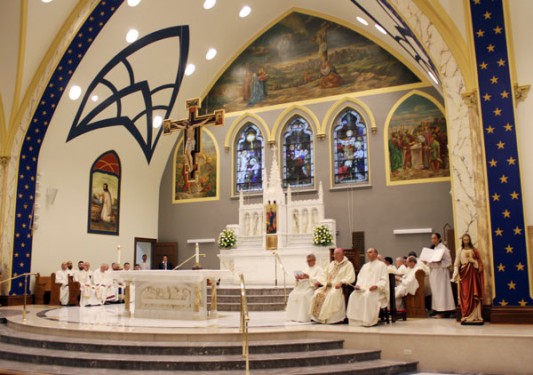 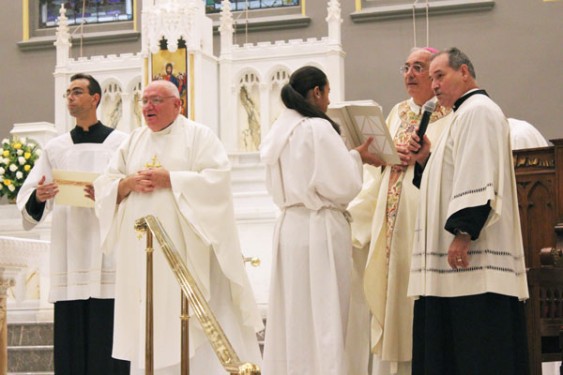 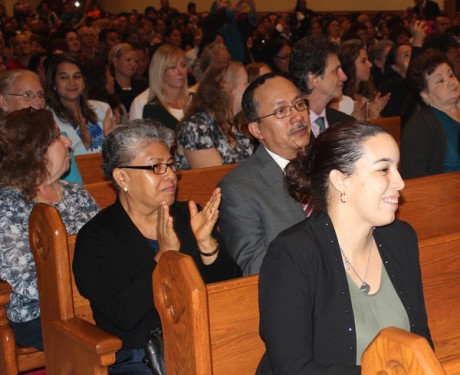 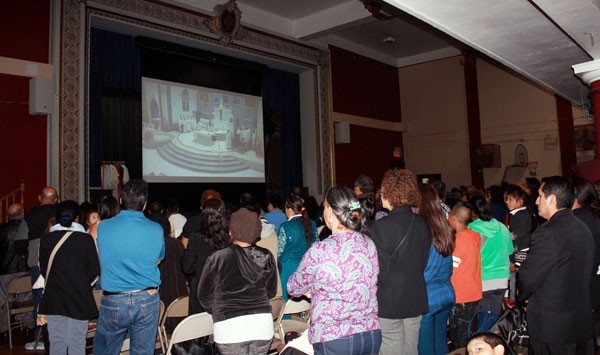 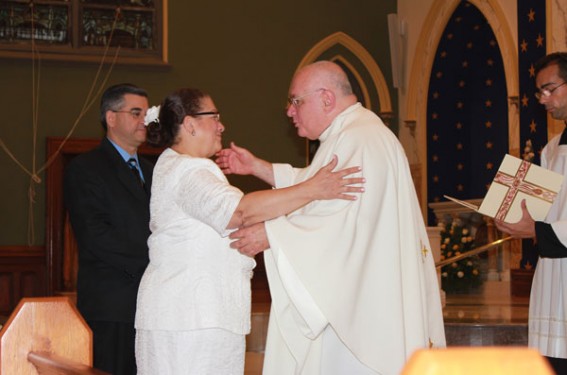 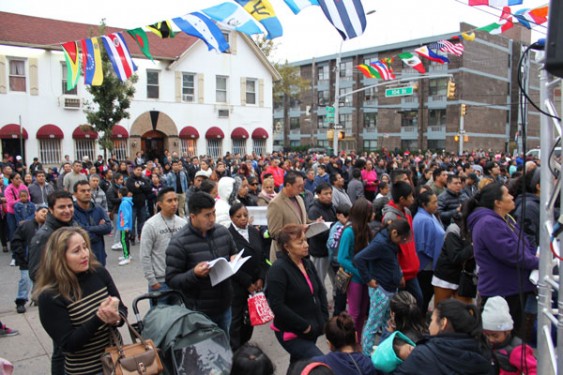 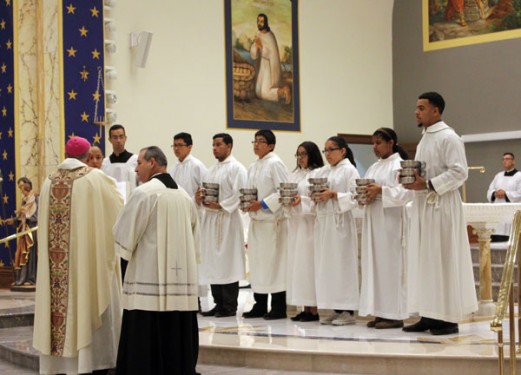 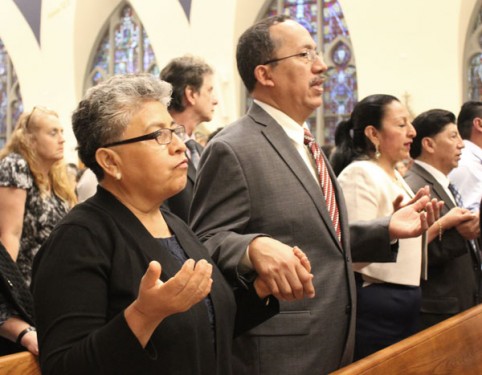 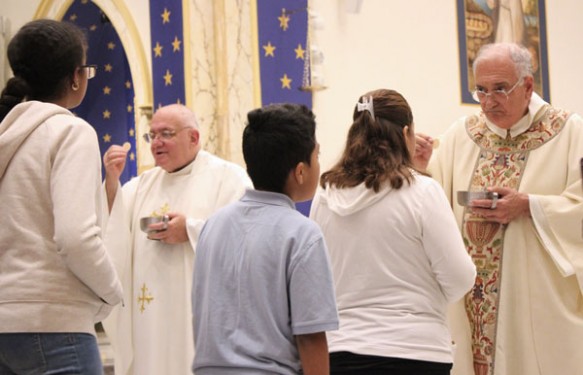 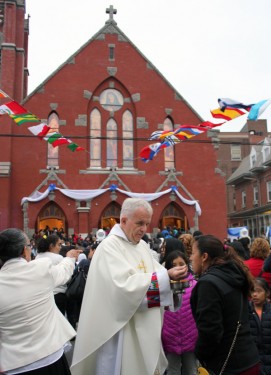 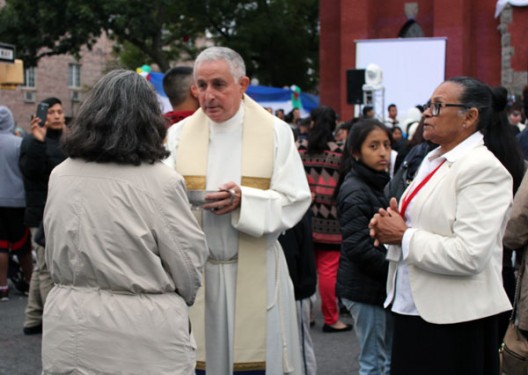 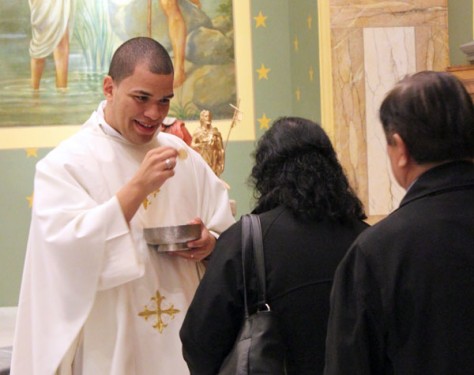 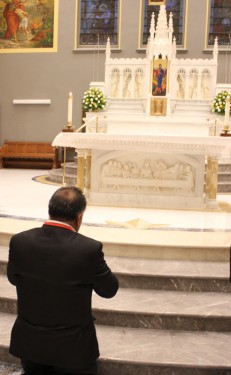 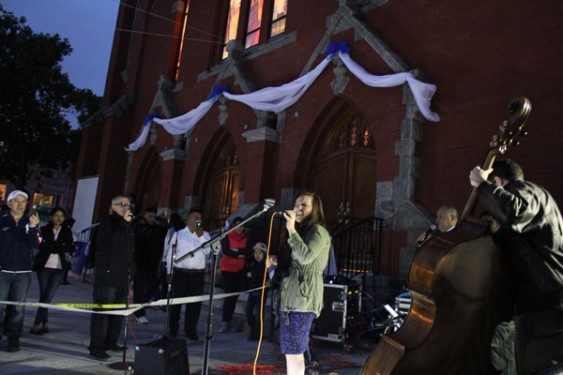 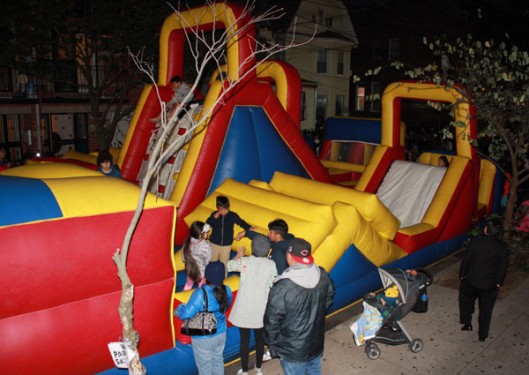 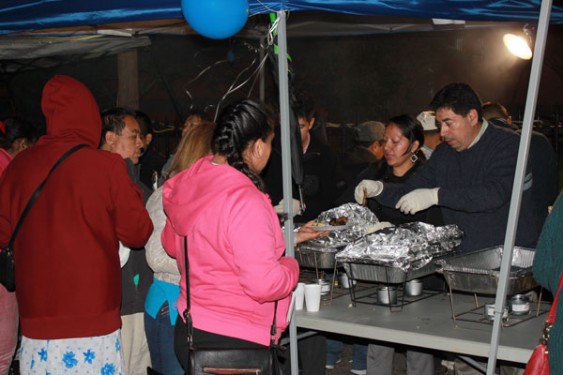 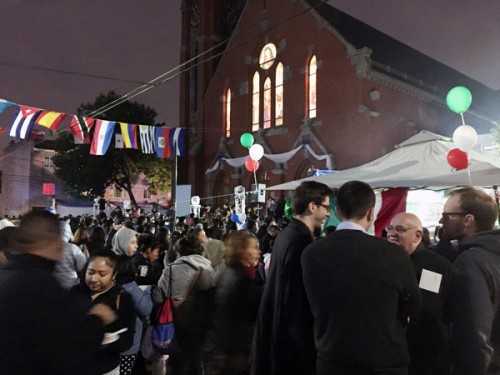 Reflecting on the parish’s journey over the last 21 months, Father Roden said, “It was really God’s providence that pulled it together.”

Few people were in church when a fire began just before 6 a.m. Mass on Jan. 4, 2015. Reportedly electrical in nature, the blaze began in the choir loft and spread to the ceiling and roof.

One week earlier, Bishop DiMarzio had named Father Roden as the new pastor. The day of the fire, Father Roden told Massgoers, the bishop stood “on the sidewalk in shock just like everyone was. He said, ‘We’re going to fix this. It’s going to be all right. We’re not losing this parish.’”

The parish worked with Rocklyn Asset Corporation, which handles real estate for diocesan buildings, and Brooklyn-based Victoria Consulting and Development to execute the renovation project, which included a new roof and extensive electrical work, fresh paint and better lighting as well as new floors, wall murals and statues. Pews were lightened and dark confessionals were turned into well-lit reconciliation rooms.

“Even before the fire, the sanctuary was about to cave into the basement, so it’s been reinforced with steel beams,” said Father Roden, who noted that the tabernacle was also moved to the center of the altar.

As attendees saw and heard at Mass, the choir loft, which endured the brunt of the damage, has been restored as well. Seven parish choirs and Our Lady of Sorrows Catholic Academy choir sang as music ministry director, Robert Weston, played the organ. 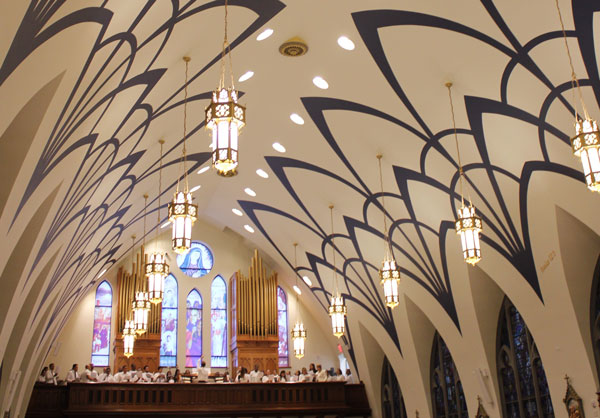 Stained-glass windows featuring images of a Latin American Our Lady of Sorrows, St. Frances Cabrini, Mexican martyrs, Blessed Oscar Romero, Dorothy Day and Pope Francis will be installed above the choir loft later this year. Temporary plastic films are in place to show what the new windows will look like.

“We waited for this for many months and we are very happy,” said usher Ramon Gonzalez, who emigrated from the Dominican Republic in 1986. “I love this church. This is the first church I came to when I came to this country. I live in Woodside and I’m still coming here.”

He is grateful to God, the bishop, the pastor and everyone who has helped restore the church.

Father Roden said that the parish is like “a second home” for its members, who are almost entirely Latino with more than half being recently arrived immigrants from Latin America, especially Mexico.

“People come and they’re frightened, they’re exhausted, they’re lost,” he said. “We receive them, we love them, we protect them. … It can be very hard to be divided between two worlds so it (the church) is a place of stability, a place of home, a place of prayer, God’s place, their home.”

To maintain stability amid renovations, parish priests maintained the usual schedule of 12 weekend Masses in Spanish and English, as well as two daily Masses, which were offered in the school hall and a 500-seat outdoor tent.

“After the fire it was difficult because our community is so big and … trying to put the people together, it was very hard,” said Aurora De La Cruz, director of religious education. “But we continued being faithful.”

And they continued catechism classes for 1,600 children. The youth ministry program also carried on its ministry with young adults, and sent 16 young people to World Youth Day this past summer.

“Now we are back here, and I am very, very thankful to God and everyone who worked hard for this,” said De La Cruz.

As the parish moves forward in its renovated church, Bishop DiMarzio urged the faithful to embrace this “new chance to become the church,” by renewing efforts to reach out to neighbors and new immigrants “who need to find their way to Christ.

“They will find it through you, when you bring them to this church,” he said.

One thought on “‘New’ Church Rededicated at Our Lady of Sorrows”