Nearly eight years after establishing itself as Divine Wisdom Catholic Academy, the school celebrated the opening of its new 4,000 square foot building with a Mass and special blessing Dec. 3 at the parish that shares its historical roots, St. Anastasia, Douglaston.

During his homily, he told the SRO church that the school’s expansion wouldn’t have been possible without the support from the school and parish communities combined.

“I think we should be rather proud about running to the Lord,” he said, “which we’re going to do as we bless the building and say ‘Lord look what we’ve brought to you.’”

Immediately following Mass, those gathered around the altar were also invited to gather outside the new three-story facility to pray alongside members of the Board of Directors, faculty and students before a special tour and breakfast event.

Principal Miriam Bonici and her faculty members spoke to the crowd during the blessing ceremony and offered their prayers for the school’s academic success and efforts that will help grow their Catholic identity in the community.

“I think that our students take great pride in their school and that each and every day we talk about counting our blessings and how all that is done here at the Academy just builds everyone up,” said Bonici.  “It’s more than just the academics, it’s creating a community of children that are caring for each other and that Jesus is at the center of everything that we do.”

Joan Vaccari, a St. Anastasia parishioner for more than 50 years, recalls that two sons graduated from the parochial school when the Sisters of Mercy were the principals and majority of the faculty. It wasn’t until the late 1970s and throughout the 1980s that the number of religious sisters started to dwindle.

She chose to give her children a Catholic education because back then, “it wasn’t really an option” but the reason “why you lived here in the first place.”

“I didn’t even realize there was a new building so I’m rather shocked to see this right in front of me,” said Vaccari who acknowledged the changing dynamics of the community, but also accepted the new developments.

“It’s a wonderful thing,” she added. “It’s a wonderful addition to the community and I hope that it will draw more students to what I expect to see is a beautiful, modern school equipped for the future.”

The new building extension stands on the corner of 245th St. and Alameda Ave. and was completed in September, after the school’s board explored the idea of expanding into unused school space.

“We had to recognize where things are going with technology and arts and really make sure we give kids a well-rounded education both academically and spiritually,” said board member Robert Schirling.

During the blessing, Schirling shared the difficulties that the board, school and parish community incurred while facilitating the building expansion. It all boiled down to one thing.

“Money, of course,” he said. “This was not a small cost project and we needed the support of a lot of different people. This money did not come from tuition. This money came from donors across a wide spectrum of different backgrounds. Not only monetary contributions, but people willing to donate time and energy. People willing to do things for ‘cost,’ all of that contributes to this community effort that this really was.”

Yet the numbers speak for themselves, as Divine Wisdom Catholic Academy composed of its two campuses, Douglaston and Bayside, have enrollment numbers in the 600s combined. According to data from the New York State Education Department, Divine Wisdom’s numbers mirror the enrollment numbers of P.S. 221 in North Hills with more than 600 students, but dominate over the three other elementary public schools 94, 98 and Q811 in the area.

“Probably the most important thing is, all the members of the board were products of Catholic education,” Schirling added. “We had children who went through Catholic education and we all believe in Catholic education. To see the way it has struggled to survive in the modern world is something that we’ve all taken very seriously and if we’re not going to try and solve the problem, who is?”

On the ground floor, there’s a new nursery classroom that’s colorful and bright, equipped with an enlarged bathroom for the young students.

Up on the second floor is a new 1,300 square foot music room that will be shared by student musicians as well by St. Anastasia’s choir. The space includes three long escalated wooden rows for the musicians to sit and windows along the right side for eyes to explore the Douglaston rooftops and trees.

Eighth-grade student council president Keren Elmore was bittersweet about all the advancements taking place at the school she attended since the third grade.

“This is my last year and I can only think of how much better it’s going to get over the years,” said Elmore. “I’m just sad that I can’t be there for that, but I’m always going to visit my second home.”

All the way to the top floor, one gets a glimpse of the hallways of the older part of the school, with lockers and classrooms looking like they’re in the full swing of the semester. But to the left is the new learning commons dedicated to the school’s STEM lab program, robotics and teaching planterium. Here students gain a sense of the traditional science activities, wrapping their minds around microscopes, the idea of cells and bacteria to the more advanced classes that deal with 3D printers, computer coding and robotics.

From the digital chalkboard that had young artists drawing happy faces and their squiggly names using digital markers that left no trace on their arms to small battery operated robots consisting of plastic cups with markers taped to the bottom which moved in circles to create colorful art on paper, the technology equipped in the science laboratory could compel any young mind to explore the sciences.

Captivated by the mini robots his two children were playing with, Benoit Jean-Noel said the upgrades to the facility were necessary in order to adapt to the climate surrounding the only private school in the district that competes with at least five other schools in the Douglaston-Little Neck area.

“One of the things that Divine Wisdom said even when my child started was the fact that we’re in the best district,” he said, “so we have to raise it a notch.” 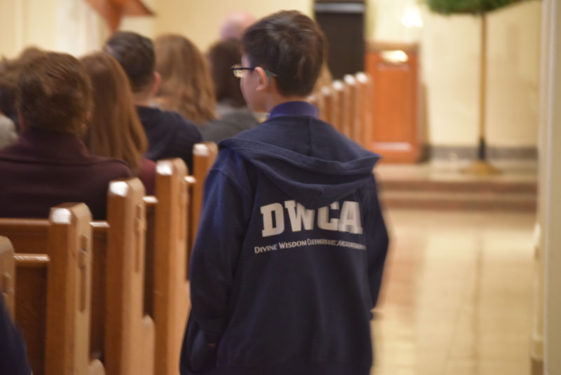 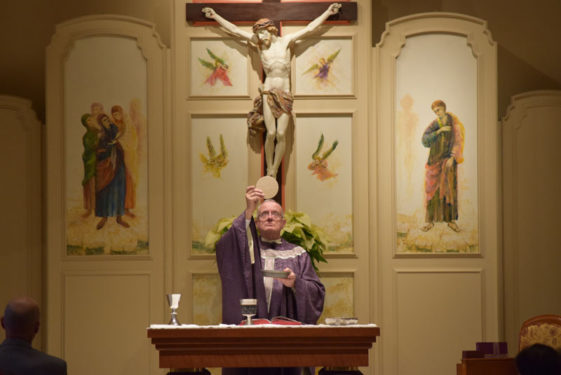 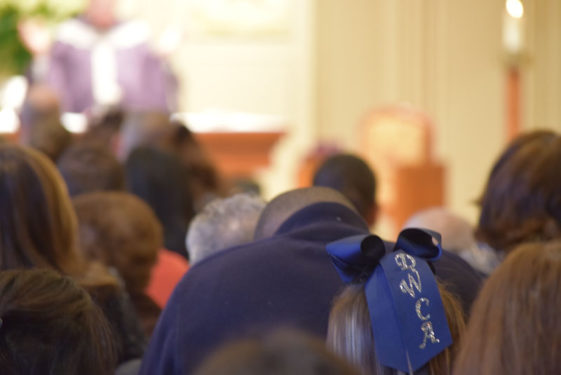 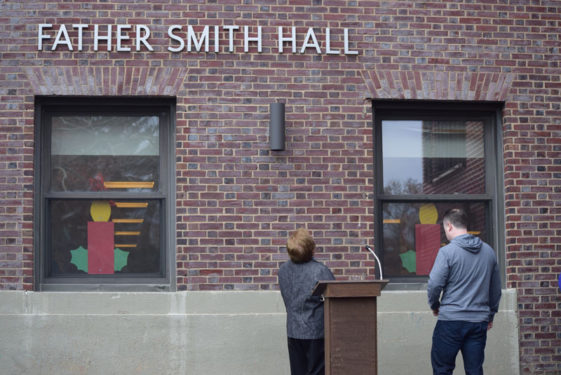 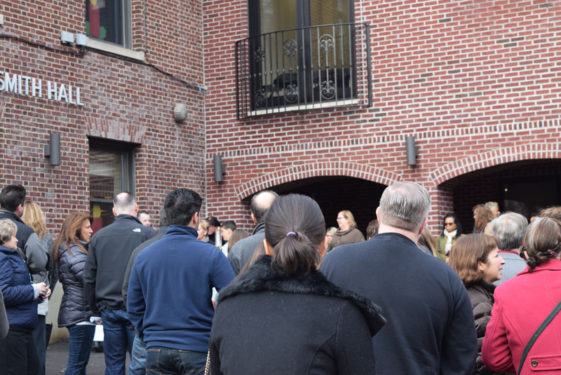 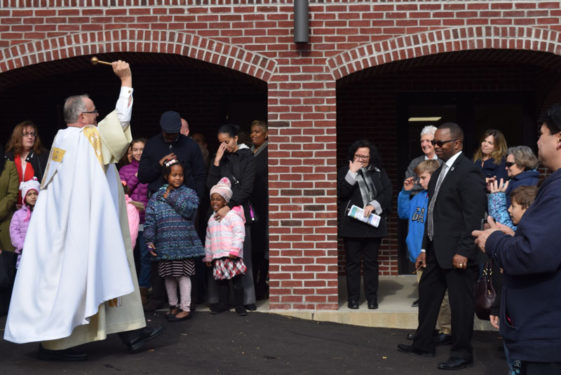 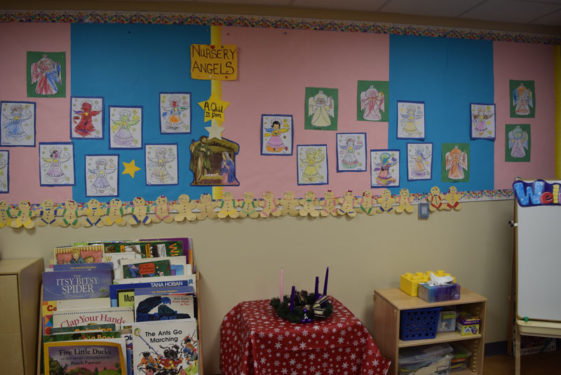 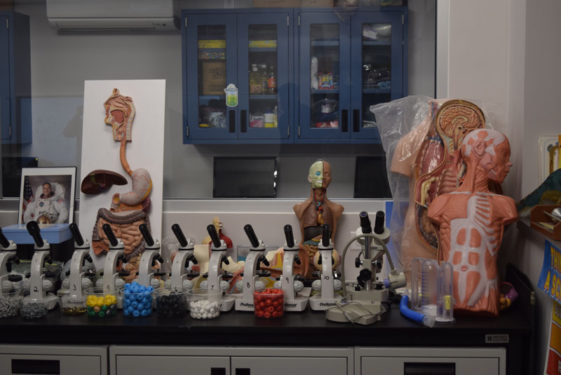 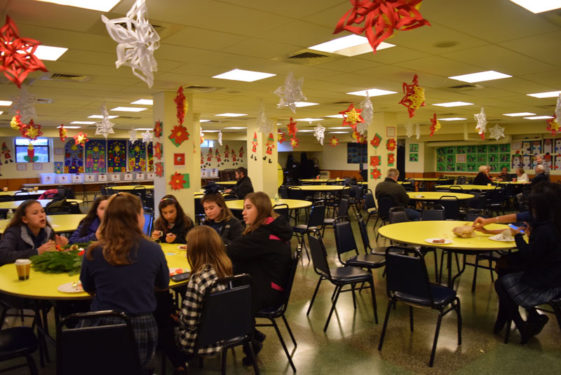