As the country marked the 65th anniversary of the National Day of Prayer, Brooklynites drew closer to God and to each other during three borough-wide prayer services sponsored by Brooklyn Borough President Eric L. Adams.

This year’s National Day of Prayer coincided with Ascension Thursday, and Bishop Nicholas DiMarzio joined Catholics and other Christians for an interdenominational service at the Christian Cultural Center in East New York. Forty clergy members were in attendance.

“Prayer is the elevation of our minds and hearts to God,” Bishop DiMarzio said, addressing the assembly. “Prayer puts us in contact with the Almighty and humbles us before His majesty. It creates communion between us, who are His creatures.”

He led the congregation in prayers of thanksgiving for the nation, state, city and “for Brooklyn, our home.”

“We thank You for all your peoples, the gift of the languages we speak, the variety of races we have, the cultural inheritance we have and the latent possibilities there are for us to become a greater nation,” he said.

“We are the greatest nation in the world in the sense of the power we have,” he said later. “But the greatness does not come from that. It comes from serving others.”

Borough President Adams thanked all present, but especially the clergymen and women who stand in the pulpit, week after week and “calm the waters of the masses.”

“You are bringing a level of peace to them,” he told faith leaders. “You don’t see the true impact of it. You bring the calm into the light.”

Created by the U.S. Congress in 1952, the National Day of Prayer is an annual observance on the first Thursday of May when Americans are asked “to turn to God in prayer and meditation.” It has been celebrated by presidential proclamation every year since its inception.

This year’s theme, “Wake Up America,” was rooted in Isaiah 58:1a: “Shout it aloud, do not hold back. Raise your voice like a trumpet.”

In East New York, the faithful praised the Lord in song, and prayed for the seven mountains of prayer: church, family, education, government, military and police, business and media.

“Let today be a day that becomes a 365-day event in your life,” Pastor Jamaal R. Bernard of the Christian Cultural Center told the assembly. “For us as Christians, every day is a national day of prayer.”

While prayer is part of everyday life for Migdalia Torrence, being able to pray with her brothers and sisters of other faiths and Christian denominations was a unique opportunity.

“We all need prayers,” she said. “We are all constantly trying to grow in our families and our communities. For us to be able to get together like this, and bring ourselves closer to God is very important.”

Before closing the event, the borough president asked attendees for their continued prayers to “move this borough forward.”

Adams also attended a Yom HaShoah observance in memory of those who died in the Holocaust at Congregation Mount Sinai, Park Slope, May 4, and Friday prayer with the Islamic Society of Bay Ridge, May 6. 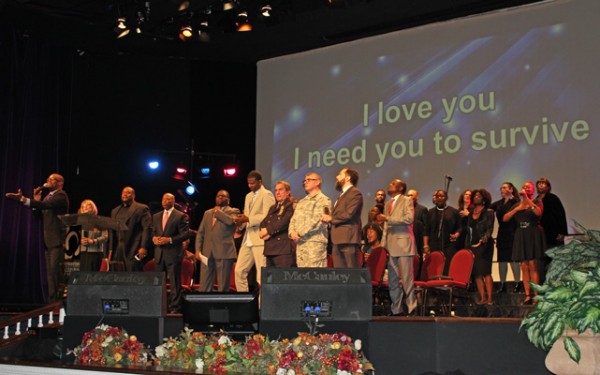 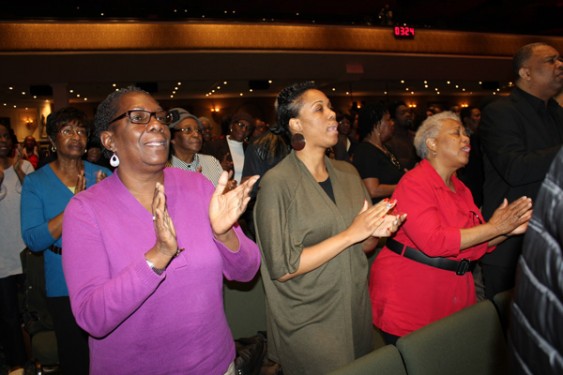 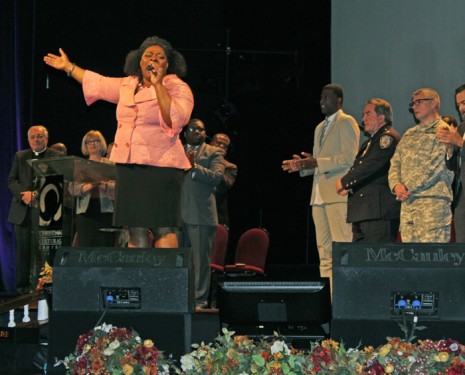 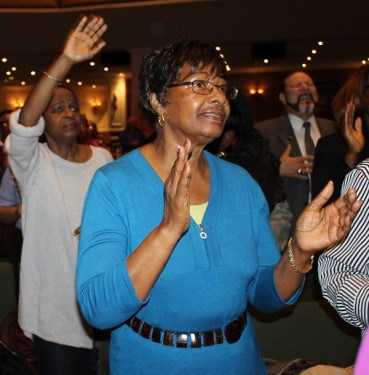 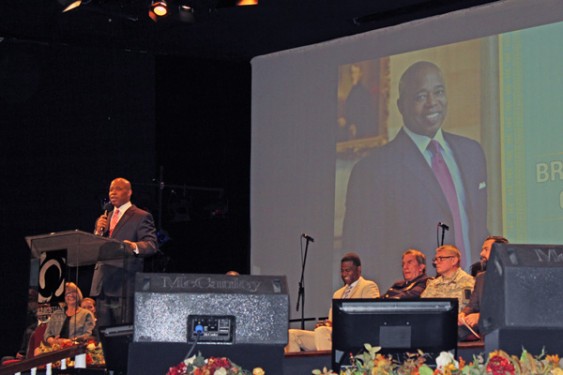 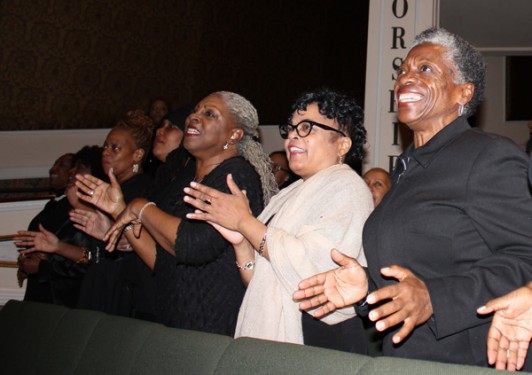 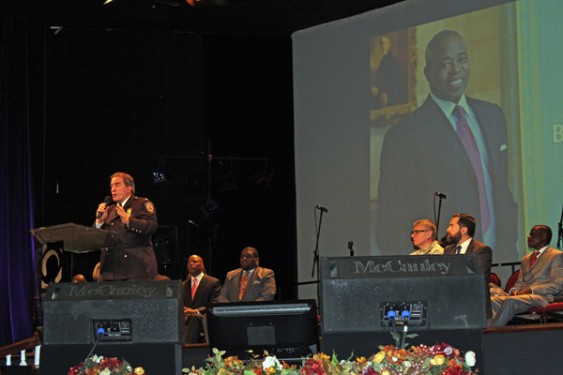 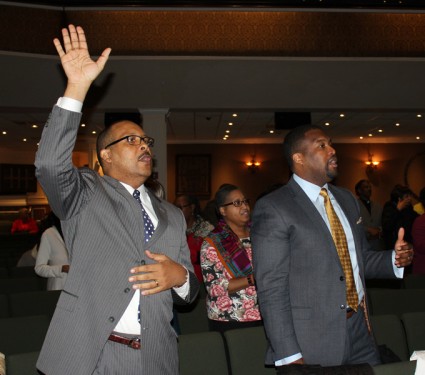