Catholic schools got an unexpected boost March 11 during the 92nd annual Mass and Communion-breakfast sponsored by the NYPD’s Brooklyn-Queens Holy Name Society.

Chief of Dept. Joseph Esposito told the 1,000 officers and family members in attendance that he would not be where he is today if not for his Catholic education.

“My parents made a conscious effort to send me to Catholic schools,” said Chief Esposito.  He credited the value-based education with keeping him on the right side of the law.

Worthwhile Investment
“Sunday Mass is not an option for your kids,” he added.  “You have to get your kids to church.  It’s a mandate.  As far as Catholic schools are concerned, spend the money. Make that investment for your kids.”

The Communion-breakfast at Antun’s, Queens Village, followed a Mass celebrated by Bishop Nicholas DiMarzio at Our Lady of Lourdes Church and a parade of New York’s Finest.

At the breakfast, five financial grants were presented to children of members who attend Catholic high schools.

Twenty-seven police officers were honored as Cops of the Year, three of them posthumously.

New York Daily News columnist Denis Hamill was presented with the Man of the Year Award. He delivered a heart-warming talk about the sacrifice of the late P.O. Peter Figoski, who was murdered on duty in Cypress Hills three months ago. 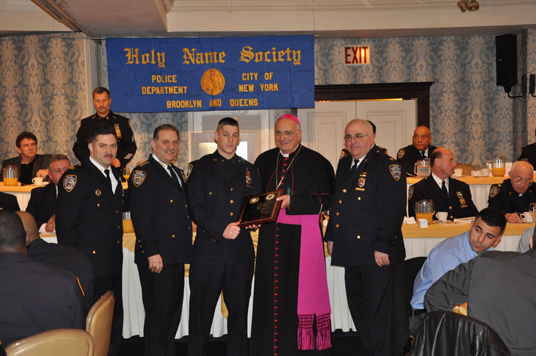 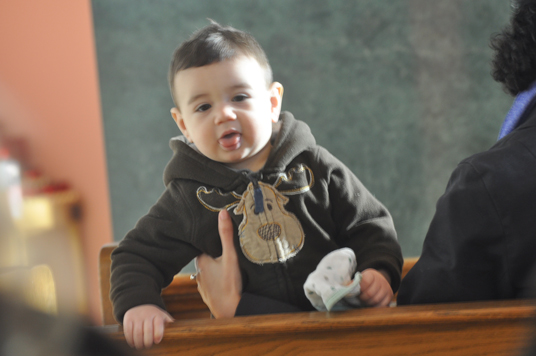 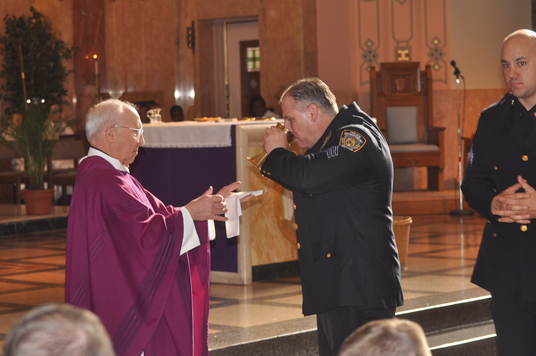 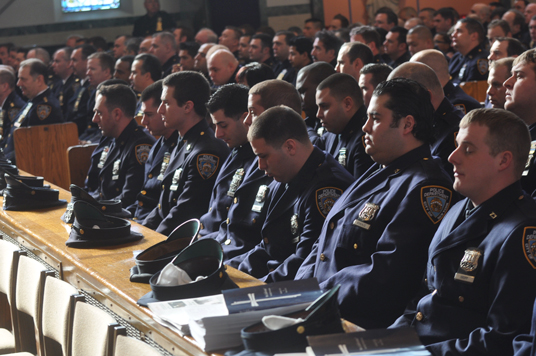 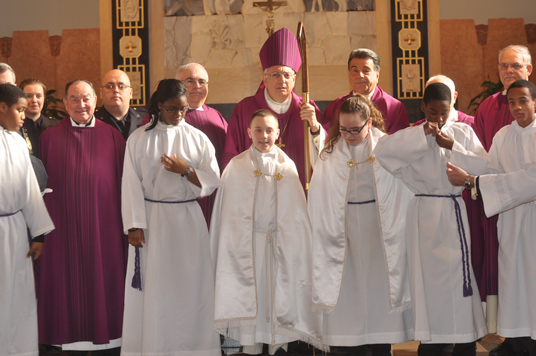 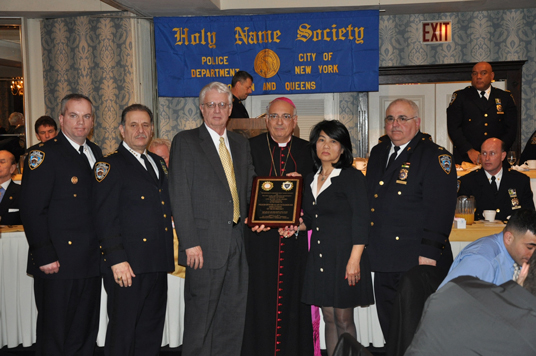 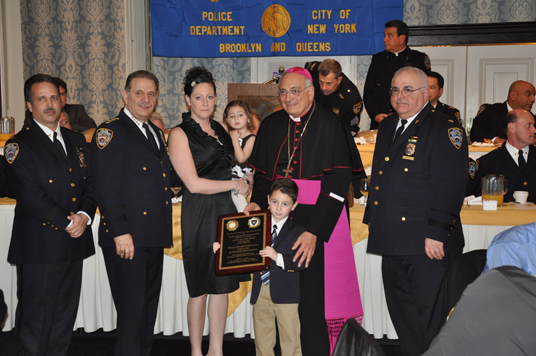 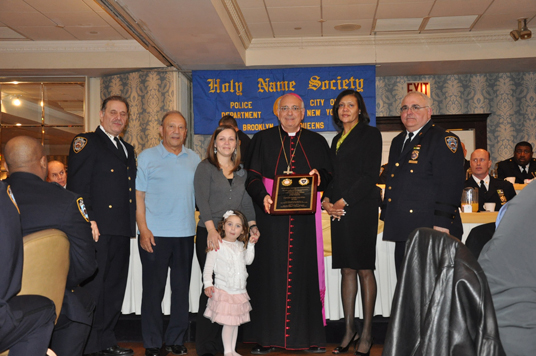 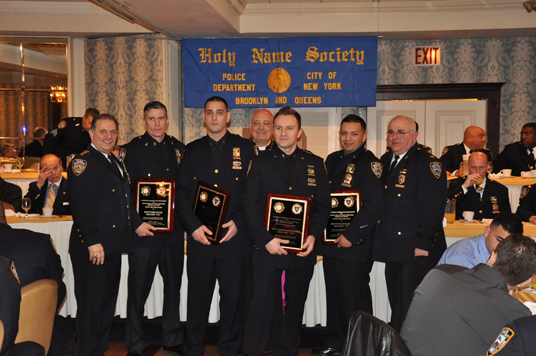 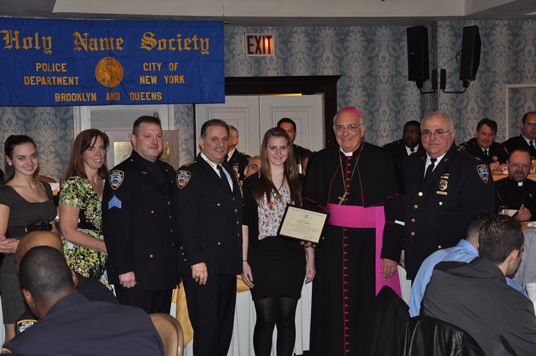