Prayers were offered April 1 in Brooklyn for the four Missionaries of Charity murdered in Yemen March 4.

Auxiliary Bishop Witold Mroziewski celebrated Mass at Our Lady of Victory Church, Bedford-Stuyvesant, with about two dozen Missionaries of Charity, the order founded by Blessed Mother Teresa of Calcutta. Representatives of various other women religious congregations were present at the liturgy that was coordinated by Sister Maryann Seton Lopiccolo, S.C., episcopal delegate for religious in the diocese.

“We are here tonight to pay homage to and to pray for the sisters martyred in Yemen,” said Bishop Mroziewski. “It was deeply devastating information to hear that those who were filled with hope and love were martyred. Tonight our prayer is a connection with all the Missionaries of Charity.”

Sister Maryann, who said she was asked by Bishop Nicholas DiMarzio to organize the Mass, said, “There’s a family connection with the sisters here. They participate in everything we do in Brooklyn and so we thought it was a good way to respond to them.”

The slain sisters – Sisters Judith from Kenya; Reginette and Margarite, both from Rwanda, and Anselm, from India – and 12 other people were killed by uniformed gunmen, who entered the home the sisters operate for the elderly and displaced in Aden.

Also, Salesian Father Tom Uzhunnalil was missing after the attack and is believed to be held captive by the terrorists. Reports circulated on social media that he had been crucified on Good Friday have been unfounded.

Yemen has been in a state of civil war between Shiite and Sunni sects of Islam since 2011.

Pope Francis said the martyred sisters “gave their blood for the Church.”

Bishop Mroziewski echoed the pope’s words that these sisters were martyrs for their faith.

“They are martyrs because they were in the community and were guardians of the faith that morning when those people who hate Jesus martyred them.”

Among the concelebrants at the memorial Mass was Msgr. Joseph Nugent, former pastor of Our Lady of Victory, and the person responsible for bringing the Missionaries of Charity to the parish.

He said the sisters arrived in 1992 after he spoke with Mother Teresa and asked her to send sisters who would work with the pregnant young women of the community and help them to choose life.

“They are a tight-knit community,” he explained. “It is important for us to come together to support the sisters here in Our Lady of Victory as well as the contemplative sisters of the Order at Our Lady of Lourdes in Brooklyn after the tragedy they just went through.”

He added that Mother Teresa had visited Our Lady of Victory many times. 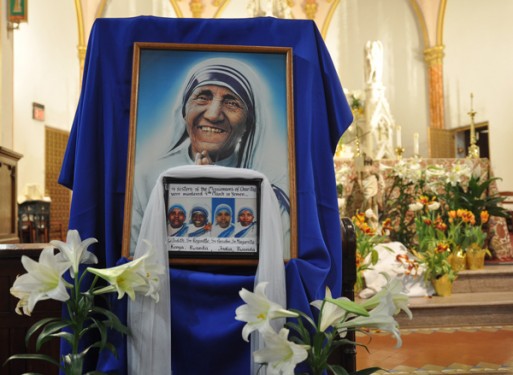 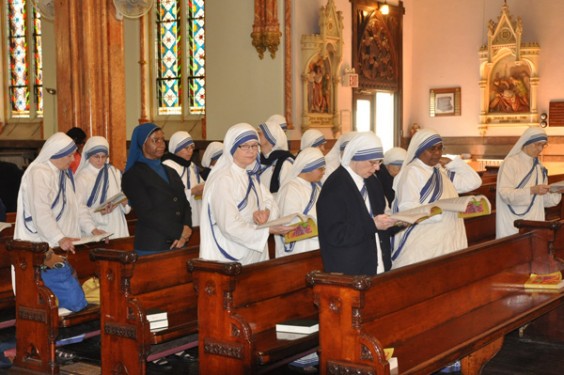 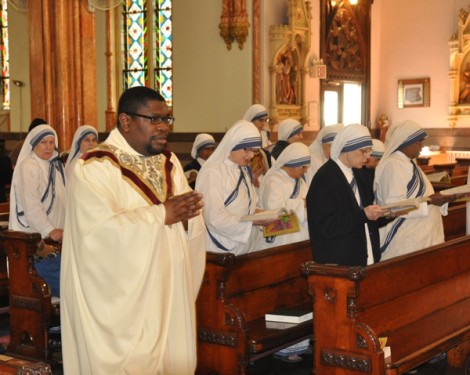 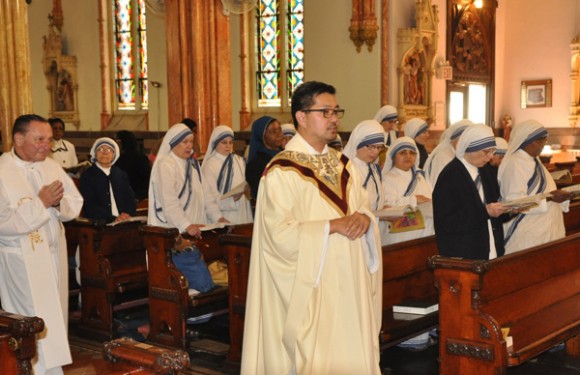 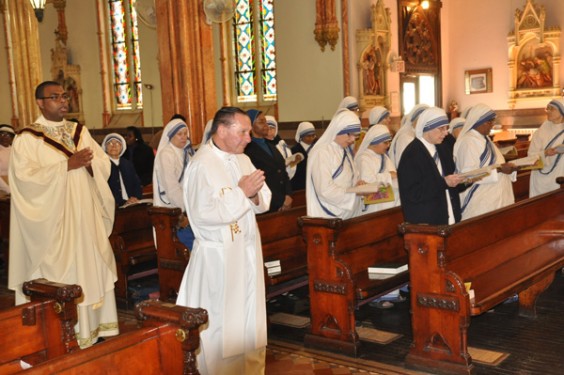 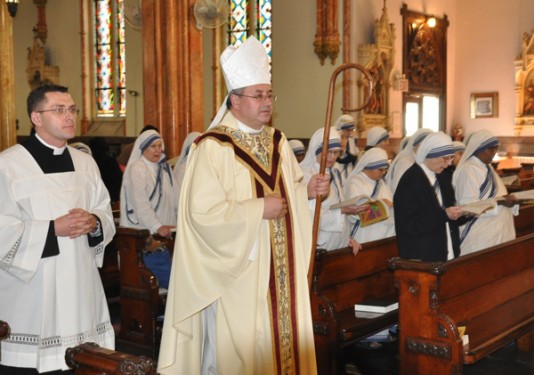 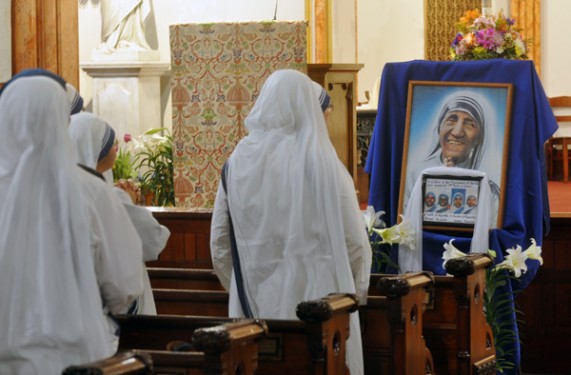 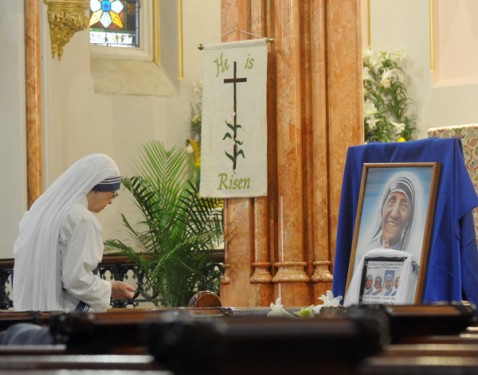 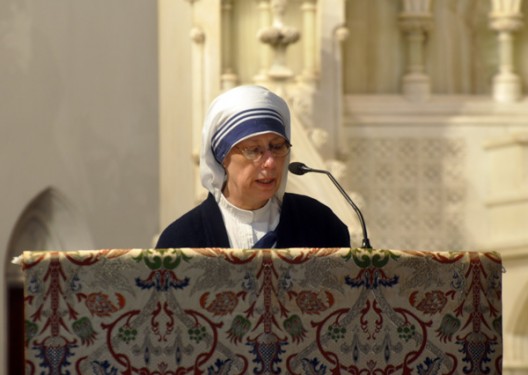 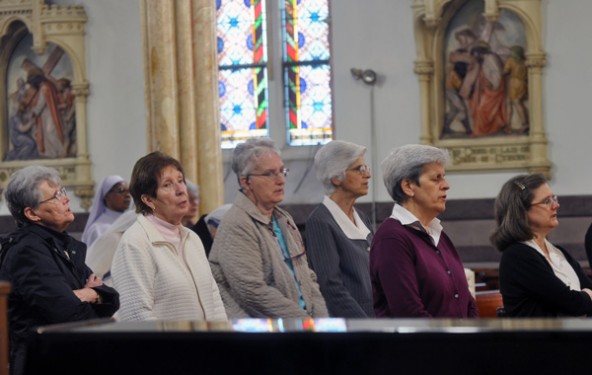 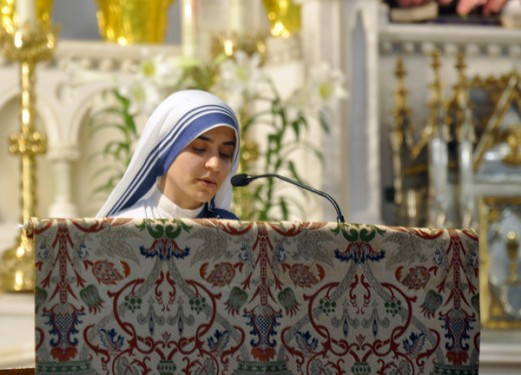 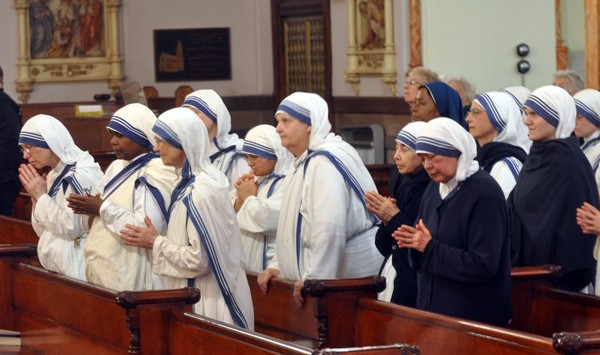 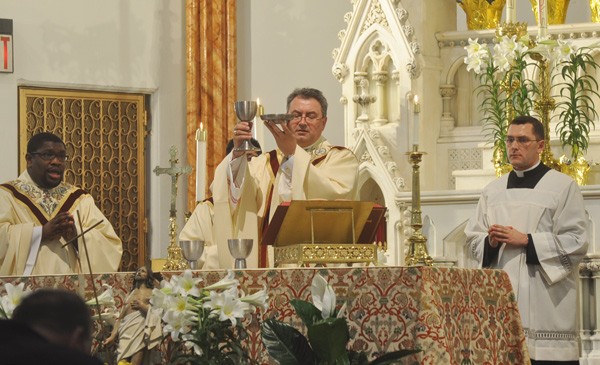 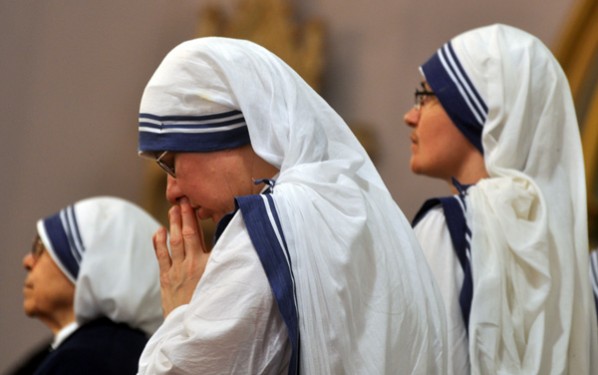 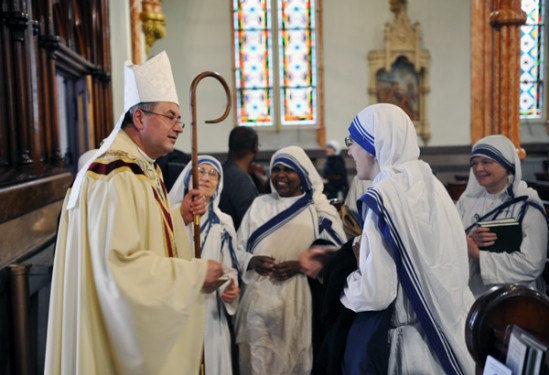 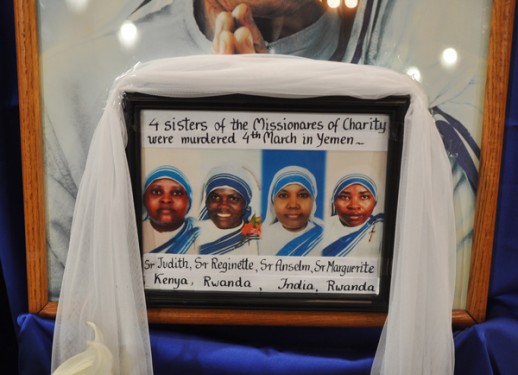