The annual diocesan Migration Day Mass this year honored the late Cardinal Anthony Bevilacqua, who founded Catholic Migration Services in the Diocese of Brooklyn 41 years ago.

Many came dressed in the garb of their homelands.  The opening procession was a colorful line of costumes and banners proclaiming the national backgrounds of Catholics in Brooklyn and Queens.  Music was provided by the Filipino Choir and Ghanaians brought the gifts to the altar

“The universality of the Church is present in a unique way this afternoon,” said Father Patrick Keating, CEO of Catholic Migration Services.  “You are a sign of hope to the Church in Brooklyn and Queens.”

“At our celebration today, we are honoring the founder of the Catholic Migration Office, Anthony Cardinal Bevilacqua, the recently deceased Archbishop of Philadelphia,” said Msgr.  Ronald Marino, Vicar for Migrant and Ethnic Apostolates, in his homily.  “He was a Brooklyn priest, a teacher, the chancellor of our diocese, an expert in the law of the Church.  However, he was no ordinary priest. He was a man with a vision – the same vision we have been given.  He too was a witness, and one of the ways he testified to what that vision taught him, was to make real and concrete the love of the Lord for immigrants and refugees.

“He is being remembered today, not because he started a diocesan agency, or because he put together programs to help immigrants which still continue and are effective today – 42 years later. No, we honor Cardinal Bevilacqua because he taught the Church in the diocese of Brooklyn an easy way to see and to serve Christ, namely, through you.”

Msgr. Marino pointed out that the Diocese of Brooklyn “has been a diocese of immigrants from its very beginning.  Immigrants built our beautiful churches.  Immigrants brought their priests and religious with them to serve us at the very beginning.  Immigrants invigorated the diocese with their unique feast days, celebrations and popular devotions. We learned about saints we never heard of before, we honor Our Lady under new titles, and we have met and welcomed priests and religious from every continent. All because that very intelligent and humble priest wanted us to witness what he had seen.”

Cardinal Bevilacqua, a Brooklyn priests who was ordained an auxiliary bishop here in 1980, was named Bishop of Pittsburgh in 1983 and Archbishop of Philadelphia in 1987.  He was elevated to the rank of cardinal in 1991, serving in Philadelphia until retirement in 2003.  He died earlier this year at the age of 87.

While in Brooklyn, he studied civil law and was admitted to the bar so that he could better assist immigrants with their resettlements.

“When immigrant customs were being shunned by some pastors, he went to see them to personally explain why this ministry is important,” recalled Msgr. Marino.

“He knew that most priests really wanted to serve immigrants well, but were not trained to do so.”

He was the founder of the Diocesan Institute of Languages and Culture for priests and seminarians during the summer. He made sure that languages were part of the major seminary and he taught seminars on immigrant ministry there each semester.

“He was a very humble man, but he was very proud of what he was accomplishing for the Church,” said Msgr. Marino.

During the liturgy, the readings were done in Chinese, Spanish, and Creole.  Petitions for the Prayer of the Faithful were rendered in 20 different languages.
At the conclusion of Mass, Bishop DiMarzio announced that he has asked the Vatican to name St. Joseph’s Church as a Co-Cathedral for the diocese.  (See The Editor’s Space, Page 10.)

Following the liturgy, a reception was held in the parish hall.  Food from the ethnic groups was served.

Father Keating also announced that the Irish Apostolate would sponsor a Mass of Solidarity for the Eucharistic Congress in Dublin on June 15 at St. Mary’s Church, Woodside.  Bishop DiMarzio will be the main celebrant. 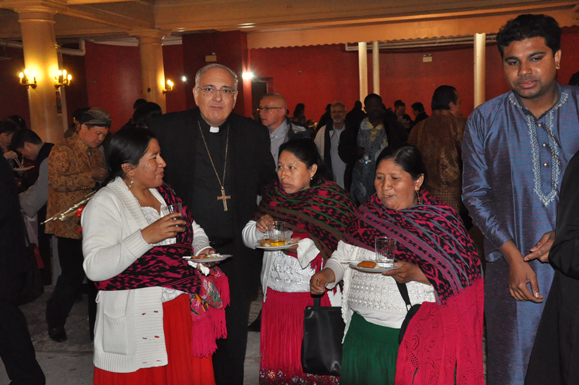 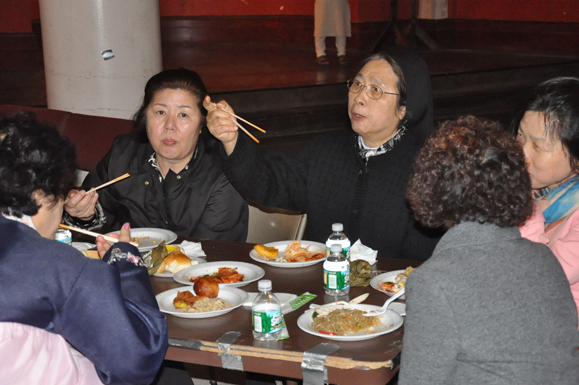 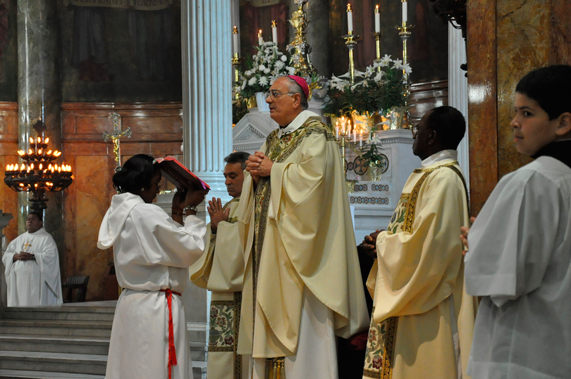 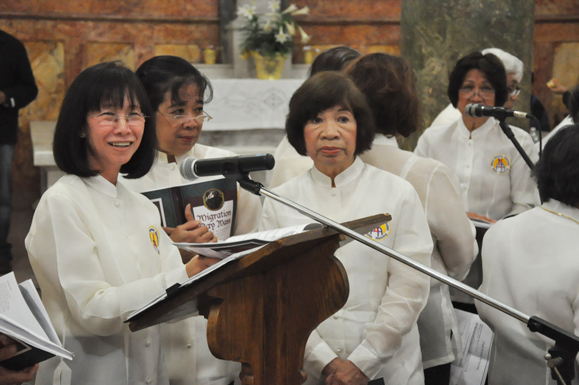 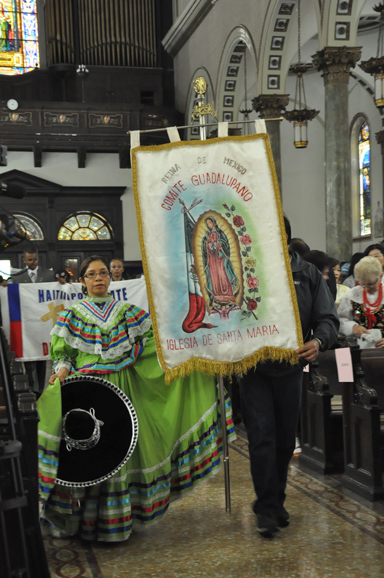 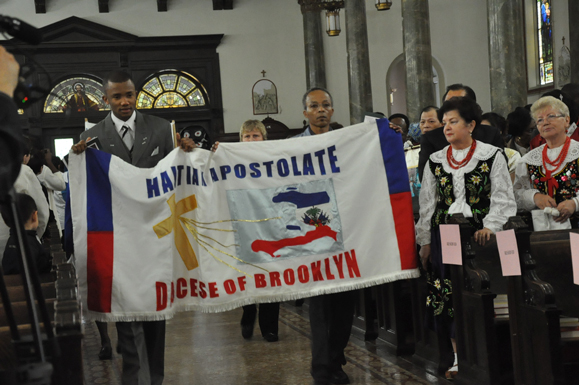 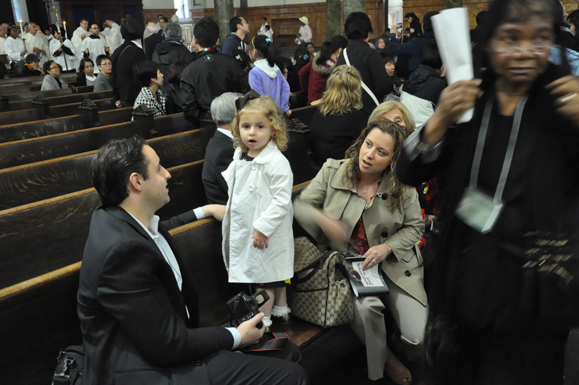 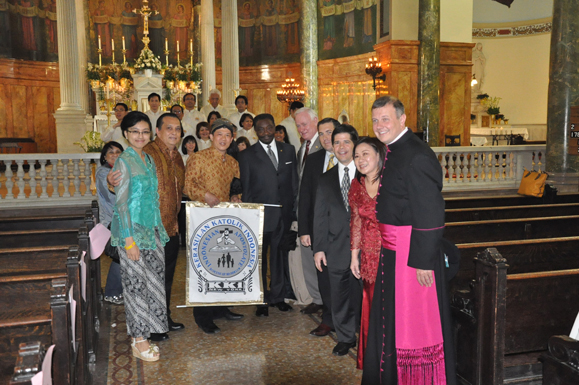 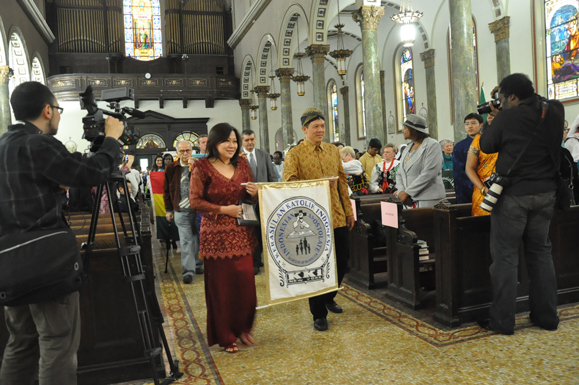 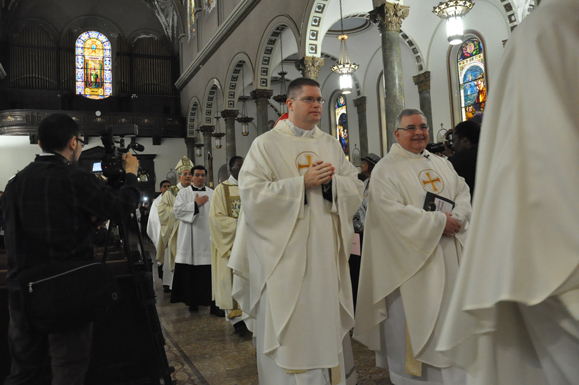 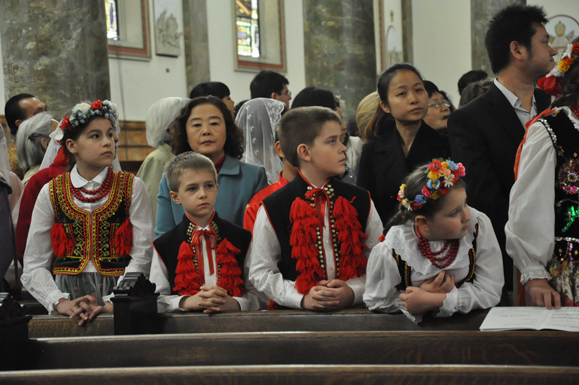 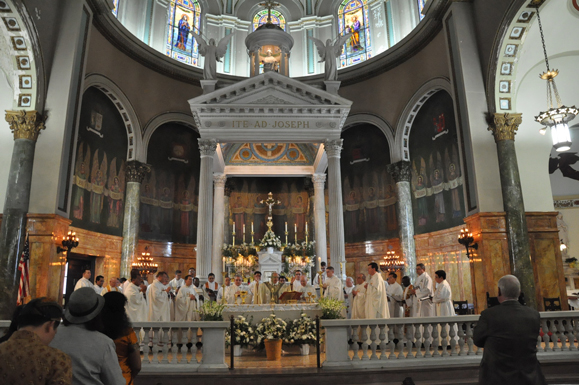 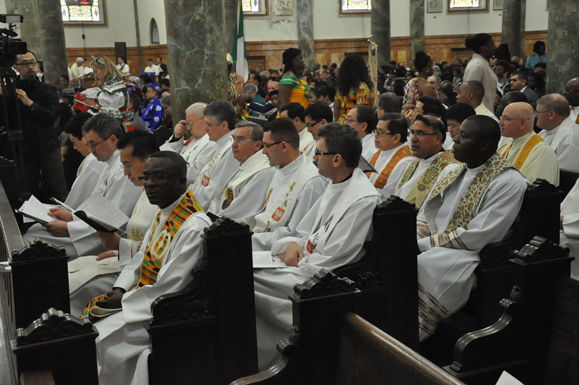 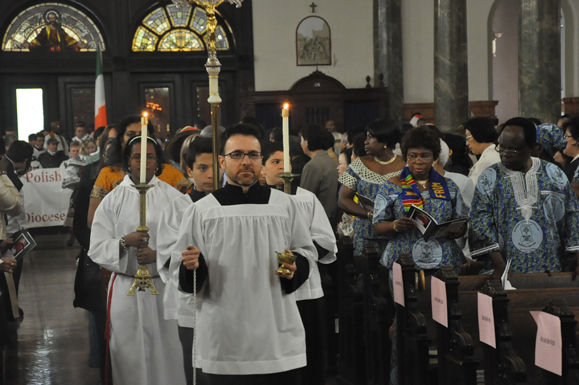 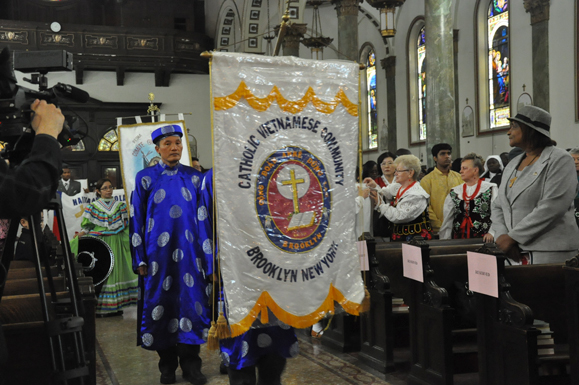