PROSPECT HEIGHTS — The day started out routinely on Wednesday, May 4, 2022. The Tablet and the Currents News teams gathered for their morning editorial meeting. The staff dissected the news of the day, assignments were made, and everyone was off and running to make deadlines. But as journalists know, planning ahead can sometimes be futile.

Shortly after the meeting ended, a breaking news alert from the Catholic News Service (CNS) came over the wires. This news was about CNS. It hit close to home, and it wasn’t good.

After being in operation for more than a century, The United States Conference of Catholic Bishops (USCCB) announced it would close the service’s U.S. operations by year’s end. It was a story most everyone in the Catholic media sector didn’t see coming.

CNS is regarded as an objective and reliable source of news. Catholic publications across the country — both print and online — rely on it to provide coverage and resources on national and international stories, photos, columns, and more. It is equivalent to the role the Associated Press plays in the secular media.

Editors began to ask how diocesan newspapers and digital operations with small staffs and budgets would survive without a reliable news service.

“We have a small but strong team outputting many local stories of value to the readers of the Diocese of Brooklyn and our neighbors in other New York dioceses,” said Vito Formica, executive director of news content and development for DeSales Media Group, the ministry that produces The Tablet, Nuestra Voz, and Currents News. “But we also subscribe to the services of CNS, so for us, the announcement meant that we needed to make adjustments so that we could continue to offer the same level of quality journalism.”

Just two weeks after the fate of CNS was sealed, another announcement was made. The staff at Catholic New York, the newspaper of the Archdiocese of New York that was founded in 1981, was informed that the publication would end production this November. The Archdiocese announced it would be moving away from traditional journalism and focusing on marketing and social media as its main form of communication.

Long Island Catholic, the magazine of the Diocese of Rockville Centre, stopped its presses in August of 2021. Sean Dolan, the diocese’s associate publisher and director of communications, announced the change, stating the decision to close the publication marked “a sad day” for the diocese. 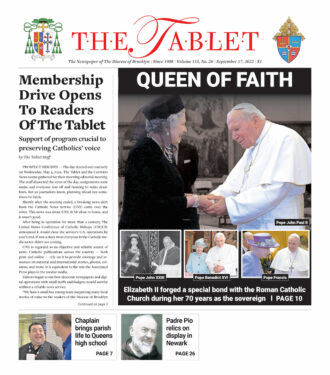 Quality News Comes at a Cost

These closures mirror what has been happening to many news organizations across the country over the last decade. More than 100 local newspapers, including Catholic papers in Buffalo, New York; Kansas City, Missouri; and Newark, New Jersey have closed since 2020, according to a Poynter Institute report in America-The Jesuit Review.

This trend is not due to a dwindling need for the critical service local newspapers provide their communities, according to Formica. Instead, he said, with the rise of the internet, society began to regard blogs and social media as reliable sources of news, even when they are just unvetted opinion pieces that lack needed context.

“When local newspapers go into the red, they eventually fold,” Formica said, “but the reality is they play an important civic duty in communities, holding government and its agencies accountable. They can’t just all go away.”

Even with a not-for-profit model — used by The Tablet and Nuestra Voz — creating high-quality and impactful news is increasingly costly. The investment of employing a well-trained and seasoned staff of reporters, editors, designers, and business professionals — plus the rising costs of equipment, supplies, and delivery — adds up.

Formica explained inflation has just added to the burden of running the newsroom at DeSales Media. Newsprint has jumped 30% this year alone, with more paper mills choosing to make other paper products like cardboard boxes for e-commerce sites. Higher gasoline and postage prices for delivery services have also chipped away at the operating budget, making the overall process more challenging.

“Journalism, in its purest form, plays such an important role not only for our country but also for the Church. If the Gospel is what drives Catholics to live out their faith as Jesus Christ calls them to do, diocesan newspapers report on how Catholics put their faith into action,” Formica said.

The Only Catholic Newspapers in NYC

The impending shuttering of Catholic New York and the defunct Long Island Catholic leave The Tablet and its sister publication, the Spanish-language Nuestra Voz, as the only Catholic newspapers in the New York City metropolitan area.

“We believe we bring the best of what journalism has to offer each week,” said Jim DelCioppo, editor of The Tablet. “We strive to give people all the facts so they can form their own ideas. To only know one side is to be uninformed. We offer balanced coverage.”

Fellow journalists who make up the Catholic Media Association (CMA) have, over the years, recognized the Tablet and Nuestra Voz for excellence in journalism with a significant number of awards. Most recently, in July, the Tablet won second place for Best Diocesan Newspaper, and Nuestra Voz won Best Spanish Publication honors.

CMA was founded in 1911 and “is an organization of Catholic publishers and media professionals united in the action of servicing the Catholic Church.” 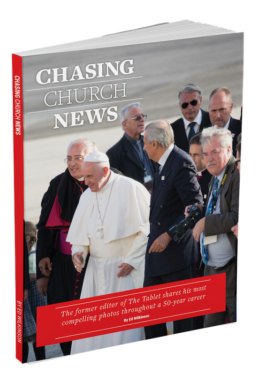 “We strongly believe in the value The Tablet provides the diocese and its readers,” said Bill Maier, CEO of DeSales Media. “DeSales Media has launched a membership program that allows readers to become active partners in building a strong foundation for the future success of Catholic news and in ensuring their voices will not be silenced.”

Members will receive an assortment of benefits that brings them closer to the newspaper and their community. Among the highlights are tickets to special events, a signed copy of the new book, “Chasing Church News” by The Tablet’s Editor Emeritus Ed Wilkinson, and invitations to the Bishop’s Christmas Luncheon and annual editors’ roundtable reception.

A Time to Act

While some media platforms have had to make the difficult decision to end their news operations, the leadership team at DeSales Media sees this moment as a time to take action.

“People often take things for granted until they’re gone,” DelCioppo said. “This is an opportunity for readers and existing subscribers to renew their commitment and support for The Tablet that has sustained the diocese with important news and opinion for 114 years.”

Wilkinson, the editor of The Tablet from 1985 until 2018, said the membership drive is a unique opportunity to join the family of Catholic journalism.

“Not only will you be helping to evangelize by spreading the Good News that is alive in today’s Church,” he said, “but you also will gain a special voice that will provide feedback and reaction to our professional team of Catholic journalists.” 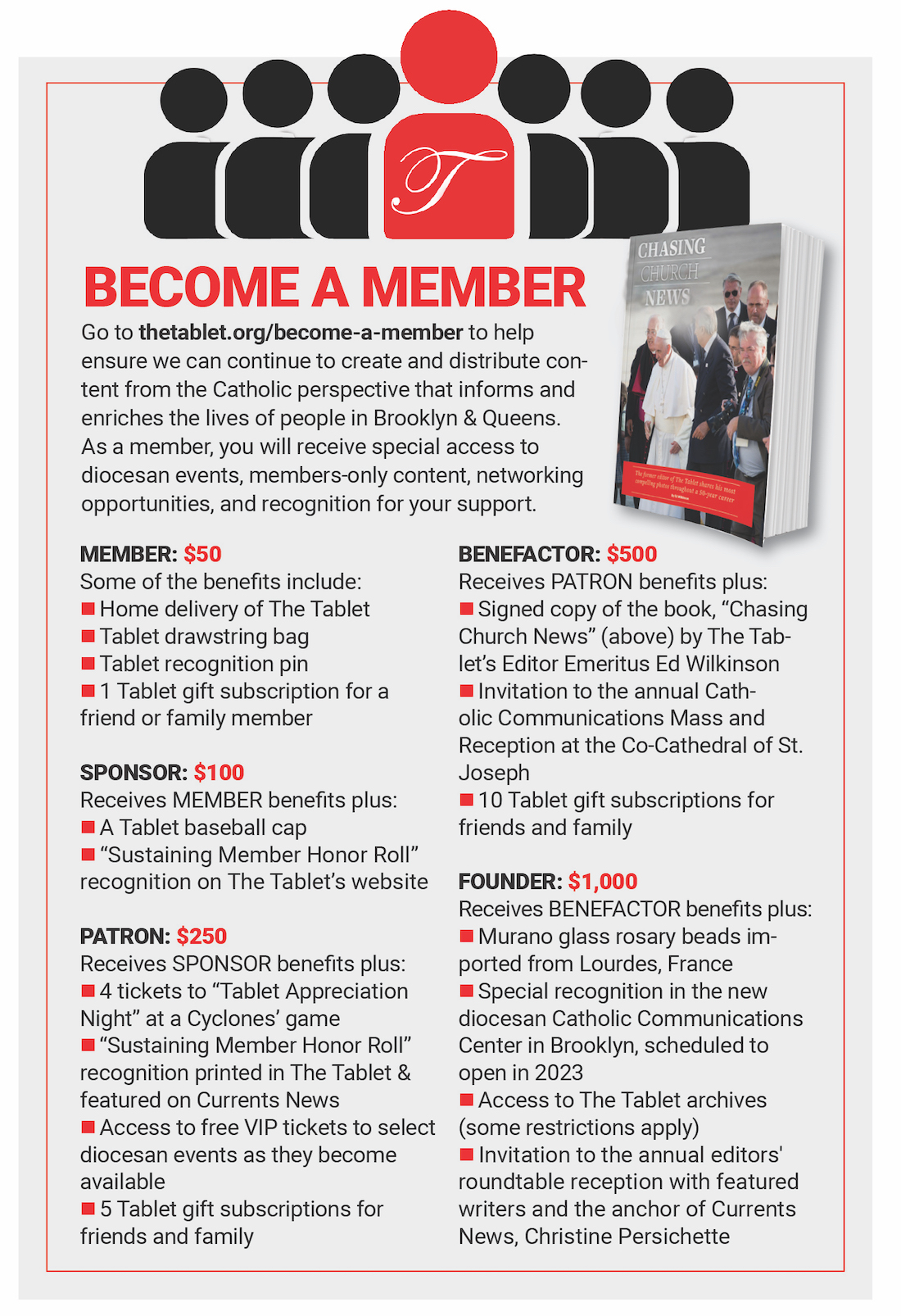 Looking to the Future

There are 240 Catholic publications registered with CMA currently, giving Catholics a voice across the U.S. DeSales Media Group is looking to the future and researching ways to be of service to neighboring dioceses that no longer have that voice.

“Everything we do at DeSales is centered around building missionary discipleship,” Maier said. “With support from our readers, we’d be happy to expand the reach of The Tablet and Nuestra Voz so that the story of the Church continues to be told, aiding in that mission.”