As I have mentioned previously in some of these columns, for much of my adult life I have tried to achieve some kind of unity, tried to allow what I believe to influence my reading, my research, my writing, my teaching, my preaching, even my recreating.

In my case this has taken almost a lifetime of effort. When I was a seminarian studying to be a priest, I recall imagining that being a priest should help unify my life.  Perhaps many people try to achieve some kind of unity, some wholeness that colors much of what they do. Recently I have come across a view of personal integrity that I find exceptionally interesting. I came across it in Seymour Cain’s brief but excellent book, “Gabriel Marcel” (South Bend, Indiana: Regnery/Gateway, 1963, pp.128, $3.95).  Marcel is a philosopher who has greatly influenced my own thinking. 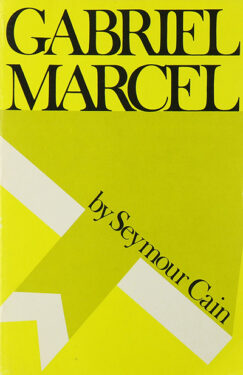 In his philosophy Marcel makes much of what he calls “disponibilite.” Cain admits that the word is difficult to translate into English but settles on the notion of availability. What does Marcel mean by this word? He means being ready to approach another as a person, not as an object or a set of facts or physical characteristics.

The opposite of availability would be to approach another as someone to be used, manipulated, dominated.

“For human existence is personal, the existence of a particular and unique self, and becoming a self requires opening-up to others, a co-presence or I-Thou community. I become a personal self through taking other reality into my personal space or ‘living room’ in an act of ‘hospitality’ that is also a ‘belonging’ — to others, to the world, to God, and thus to my own being …

I attain personal existence through action — not passively or automatically. The act and the person involve one another. Only the person can act … It is of the essence of the person to act, confront, envisage, assume responsibility, decide, commit himself. … There is an integral togetherness of me and my act … My whole life as integrated and consecrated, may be seen as a single act – a sacrament. The saint, the hero, and the artist demonstrate this through their lives and works.” (p.78)

I think that describing a person’s entire life as a sacrament is a provocative and inspiring image. To live as a single sacrament would be to achieve an amazing unity in life.

As an act that speaks who the person is, I think of a life commitment. In a life commitment a person hands himself or herself over to God.  Life commitment, more than any other action I can think of, is an attempt at identifying yourself, speaking yourself. I think of the almost incredibly challenging words that people say when they speak their marriage vows. I also think of the words spoken when someone takes vows of chastity, poverty and obedience.

In the rite of priestly ordination the bishop asks the men to be ordained whether they are ready to accept ordination. The men respond that they are ready. I think in that response the men are describing their choice to be available to God and others. A life commitment is an attempt to sum up an entire life by an unselfish act of love. In life commitments, it’s as though persons hold their lives in their hands and give their lives to God and others.

My favorite poem, sometimes referred to as #34, at other times by the first words of the poem “As kingfishers catch fire,” was written by Gerard Manley Hopkins, S.J.

In the poem, Hopkins writes about how each reality speaks itself, selves itself. “Deals out that being indoors each one dwells.” At the end of the poem, Hopkins says that the person in the state of grace, whom Hopkins refers to as “the just man,” speaks not only himself but also speaks Christ. The following are the last six lines of the poem:

Keeps grace: that keeps all his goings graces;

Lovely in limbs, and lovely in eyes, not his

To the Father through the features of men’s faces.”

Christ plays in ten thousand places. What a beautiful image! I love it!