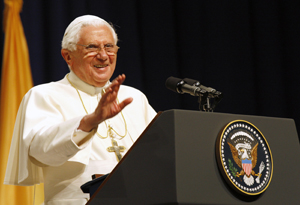 Christ Our Hope was the theme of Pope Benedict XVI’s apostolic journey to the U.S. in 2008. The six-day trip, April 15-20, began in Washington, D.C., and concluded in New York City. The Diocese of Brooklyn was present to welcome the Holy Father when he arrived at John F. Kennedy International Airport… While in New York, the pope addressed the United Nations General Assembly; celebrated Masses at St. Patrick’s Cathedral, Manhattan, and Yankee Stadium, the Bronx; and attended a youth rally at St. Joseph Seminary, Dunwoodie… Over 4,000 guests attended his departure ceremony, hosted by the Brooklyn Diocese at Kennedy Airport’s Hangar 19. Below, retired Brooklyn Bishop Thomas V. Daily is in the background as Brooklyn Auxiliary Bishops Rene Valero and Octavio Cisneros bid adieu to the Holy Father… The Holy Father addressed and blessed the faithful in his presence… Bishop Nicholas DiMarzio looks on as Eric Flores, 12, of Regina Pacis parish, Bensonhurst, presented the Holy Father with flowers as a parting gift. (Photos © Catholic News Service and The Tablet) 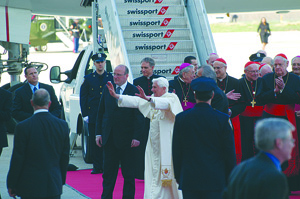 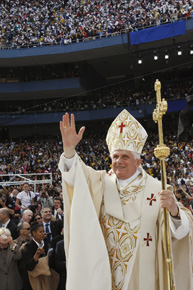 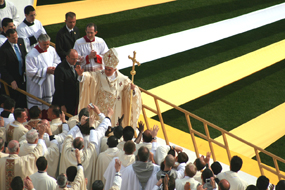 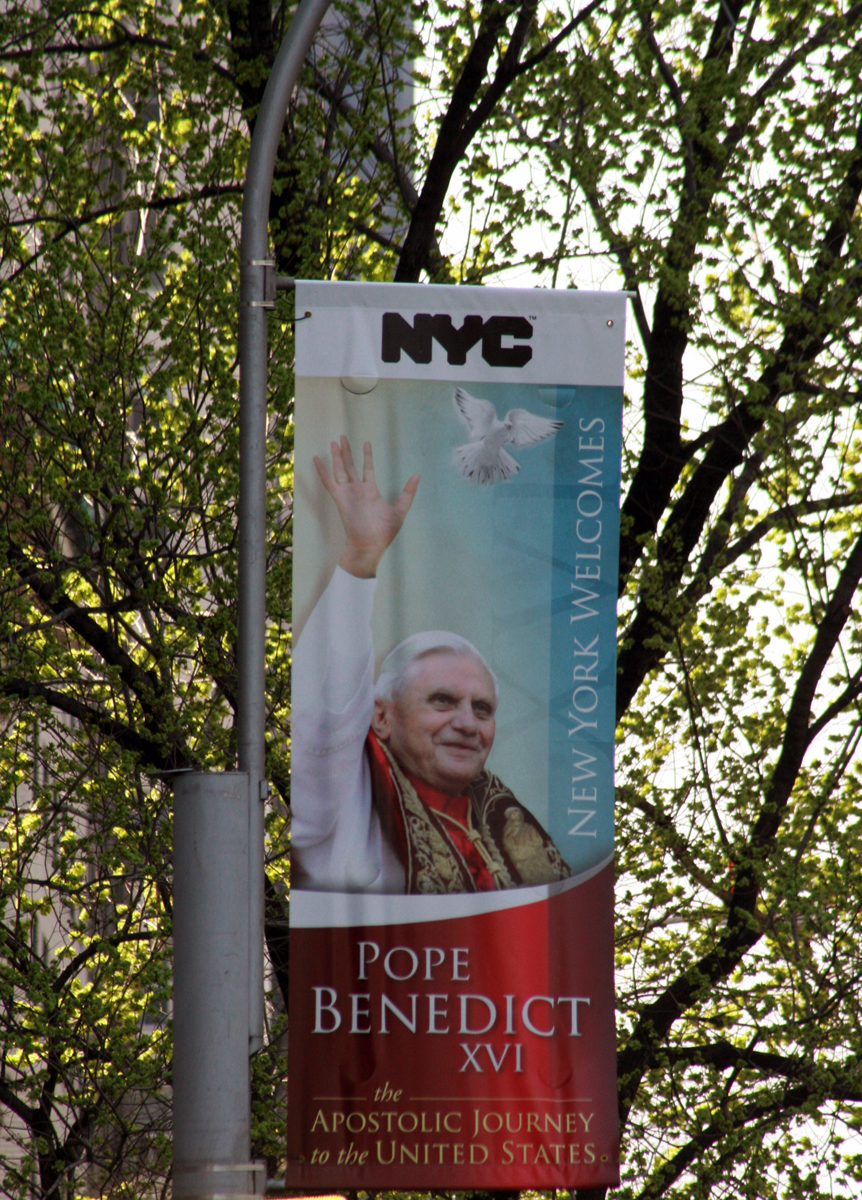 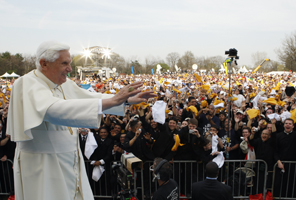 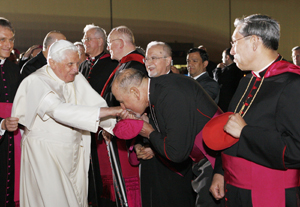 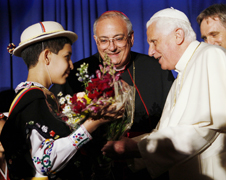 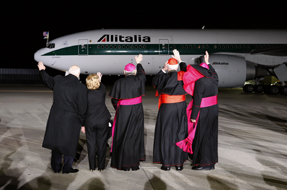