Less than two weeks after Profession Day, about 17 young women made their way to our St. Ann’s Novitiate in Queens Village to join us for a World Youth Day celebration in union with the pilgrims in Krakow.

Since many arrivals were delayed because of jobs, school and a bus breakdown, we started with a small group, watching the Opening Ceremony in Krakow, praying evening prayer and enjoying a presentation about the Little Sisters called “A Vocation of Mercy.” Then we spent a period of adoration and night prayer together.

Our weekend officially “opened” on Friday with the procession of the World Youth Day Cross and icon of Our Lady. The high school girls participated in an interactive catechesis called “Mercy Stop: Sharing God’s Mercy” while the older group explored a group process of Lectio Divina based on a passage of St. John’s Gospel.

Father Evans Julce gave the keynote catechesis, which creatively explored the links between the sacraments and the corporal and spiritual works of mercy. During “Mercy Crafts” the ladies created “Cards of Encouragement” for those who might need a “spiritual lift” while others created tissue paper stained-glass windows depicting the Mercy Icon.

Then a reconciliation service called “Divine Mercy in my Soul” was conducted by Father Joe Paul, C.S.C., a substitute chaplain at Queen of Peace Church.

Evening prayer was followed by a pizza supper. Texts of St. Faustina guided our meditation during our outdoor candlelight Way of the Cross. Later, some would watch the Way of the Cross in Krakow via EWTN. Afterwards, we came inside for a time of Adoration. Each pilgrim selected a vigil light to represent herself and placed it around Jesus present in the monstrance.

Saturday morning, a Votive Mass in honor of St. John Paul II   gave us the opportunity to pray to the founder of World Youth Days. Later in the morning, interactive workshops focused on the “Saints of Mercy,” St. John Paul II and St. Faustina.

The older participants also enjoyed a vocation discernment panel, where two Little Sisters and a married educator, Dr. Dana Monaco, explored the consecrated, married and single life respectively as “paths of mercy.” The high school track included a talk by Maureen Russell, L.M.S.W., on “Merciful Purity,” on how to live their specific vocation of women in chastity and respect for God’s gift of femininity. Later, excitement ran high as we prepared for our WYD service project, an ice cream social for the Residents of Queen of Peace, complete with a talent show. The grand finale saw the young women and the Little Sisters and novices presenting the theme song of WYD, “Blest are the Merciful.”

Saturday night was “Polish Night” where we enjoyed a genuine Polish supper in a dining room decorated in the colors of Poland. The highlight of the weekend was watching our Holy Father Francis at the Vigil on Saturday evening and the closing Mass on Sunday morning, which followed our closing Mass with Father Philip Eichner S.M.

We closed the weekend with a Commissioning Ceremony in the chapel and bid goodbye to our pilgrims, thanking God for the many graces of these four days. 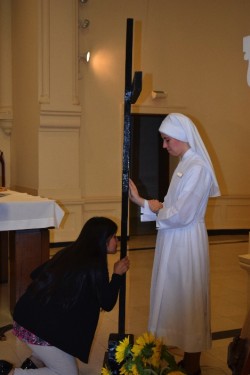 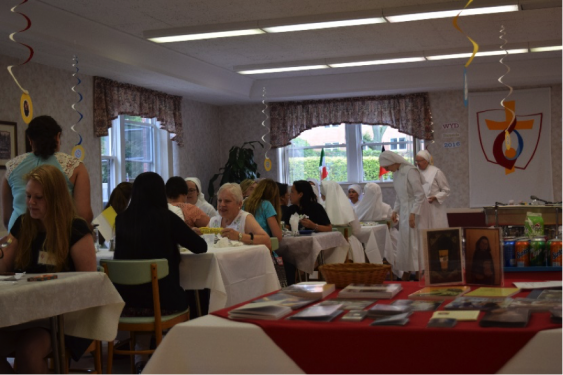 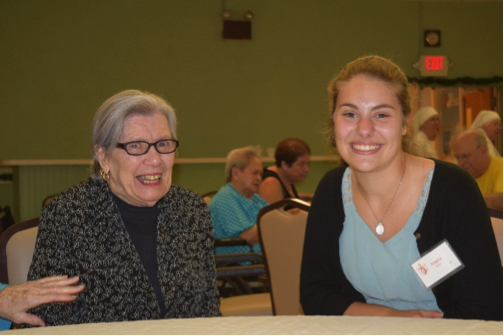 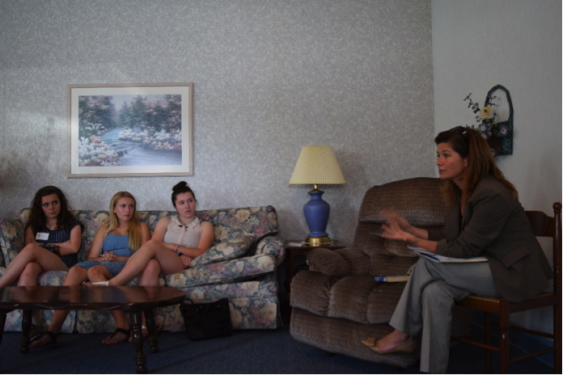 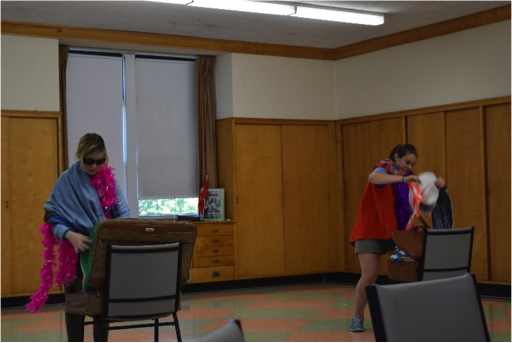 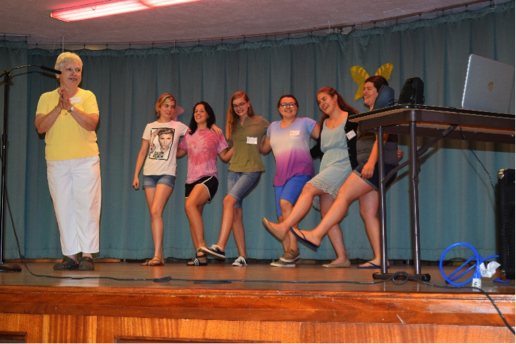 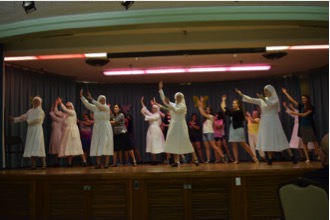 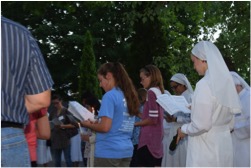