DOWNTOWN BROOKLYN — Less than a year before St. Joseph H.S. will close its doors in Downtown Brooklyn for good, alumnae, faculty and students participated in the final Women’s Professional Day, Nov. 22, encouraging one another as a community rooted in the mission of the Sisters of St. Joseph, the order that runs the school.

Posters that hang in the classrooms portray the motto for the school’s final academic year, 2019-2020: The Legacy Lives on in Us. “To know that I’m part of the last class of St. Joseph High Schoool feels good that I’m actually achieving my goal, but also I’m keeping the legacy that our [former] principal [Caroline Latham] gave to us,” senior Jadira Bermudez said.]

Latham, the first lay principal of St. Joseph, died in February. Earlier this year, the school announced it was closing because of declining enrollment and increasing expenses. St. Joseph, an all-girls school that opened in 1904, was the second Catholic high school in the Brooklyn Diocese this year to announce it was closing. 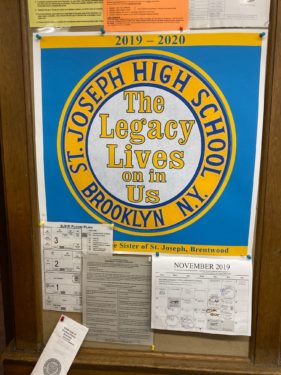 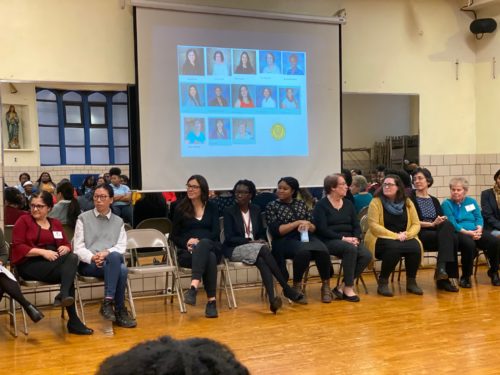 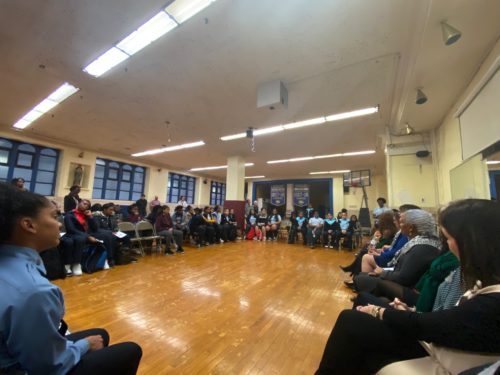 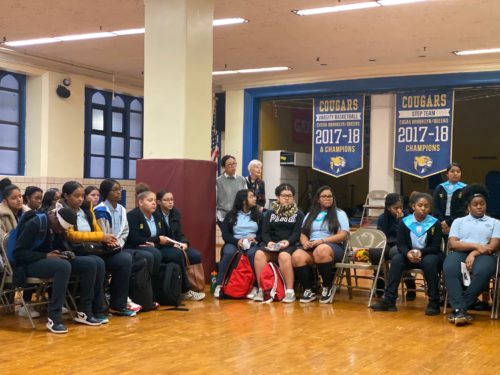 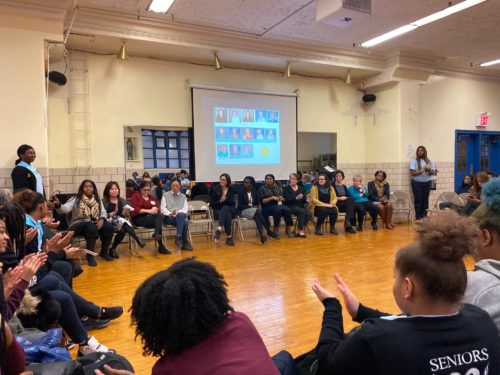 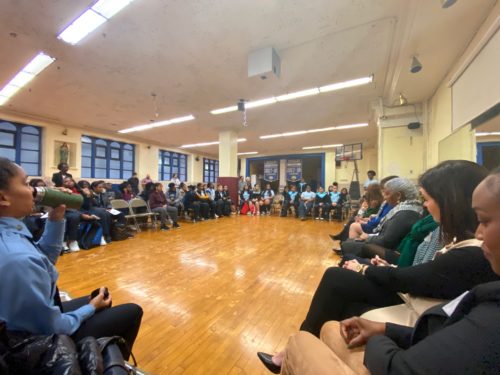 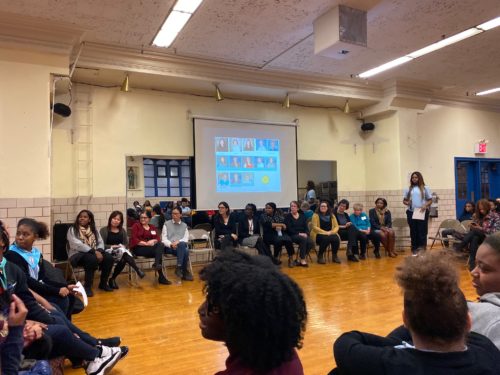 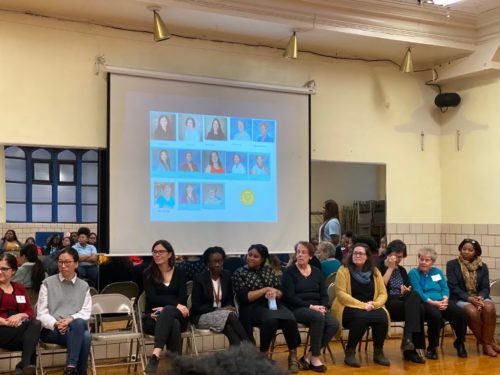 Bishop Kearney H.S., Bensonhurst, closed in August. Kearney was also administered by the Sisters of St. Joseph. In St. Joseph’s gym, alumnae from the 1970s and 1980s served as panelists for Women’s Professional Day, each speaking about her path in life. One panelist opened up about her struggles to afford college and how it challenged her to refine her skills in computer programming.

Another panelist spoke about how the Air Force affected her life. When the day wrapped up after small-group discussions and networking, one student passed a handwritten note to panelist and 1980 graduate, Paula Curci.

The former school counselor and media professional was taken aback by what the student wrote: thanking Curci for sharing how she overcame gang violence.

For Curci, that was how the school’s legacy will live on — by helping each student find her place in the world. “It’s bittersweet because these young ladies are leaving an awesome, unique program that allows them to grow as women,” Curci said.