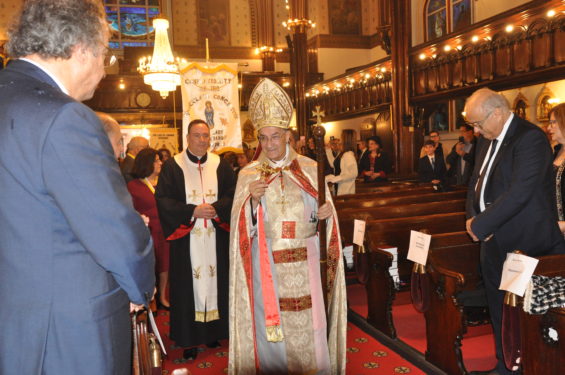 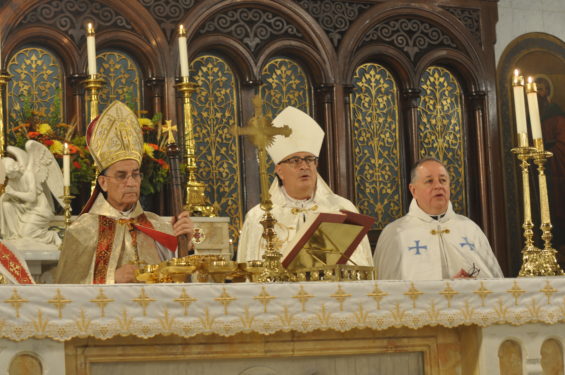 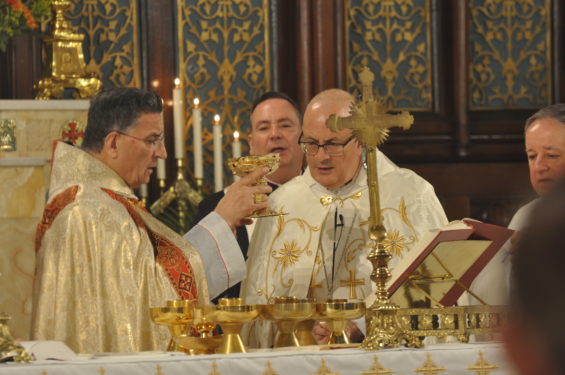 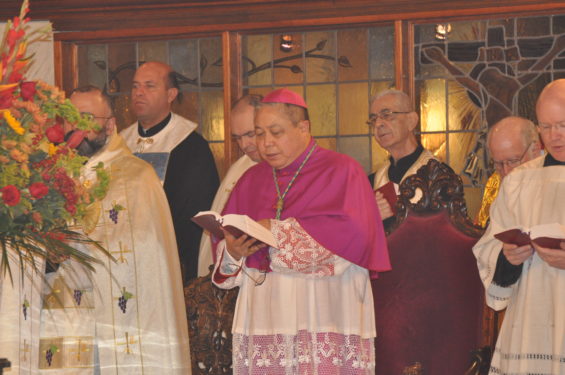 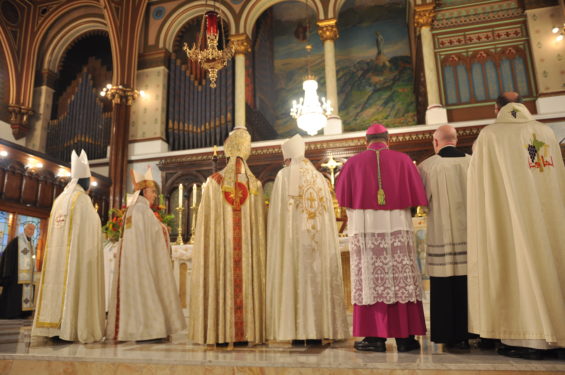 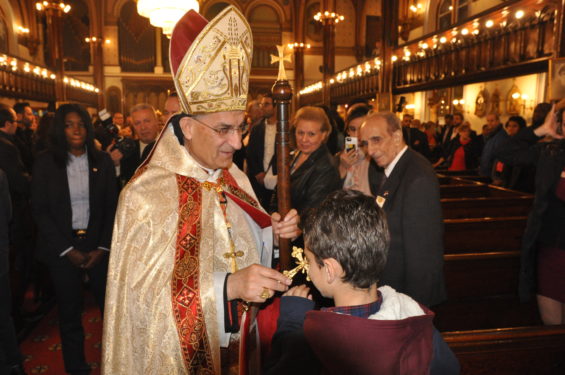 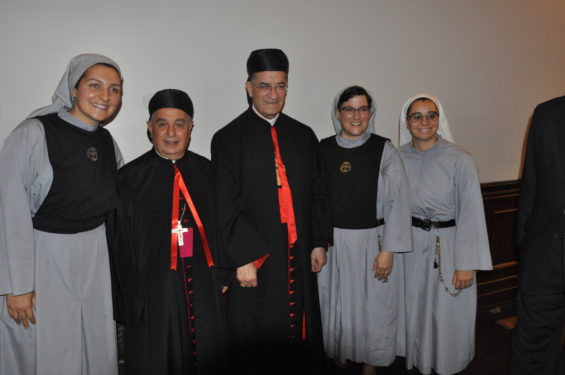 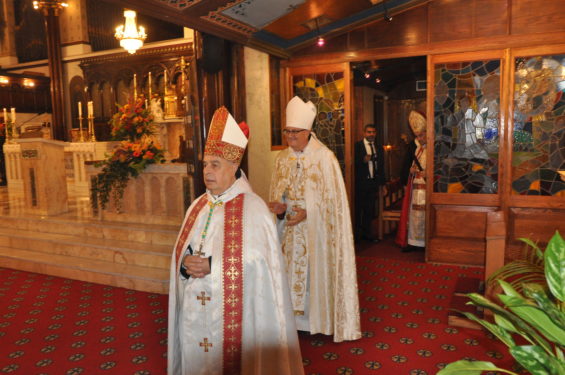 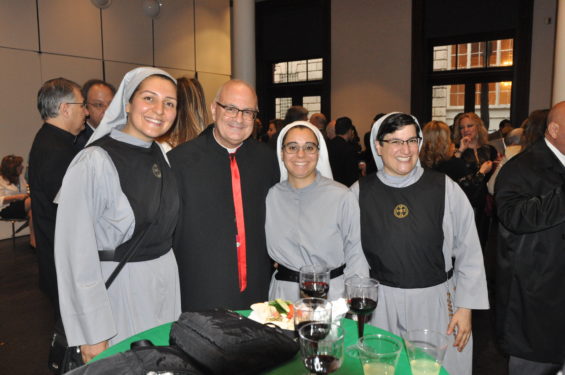 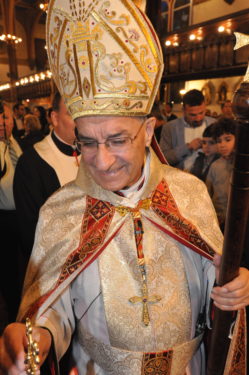 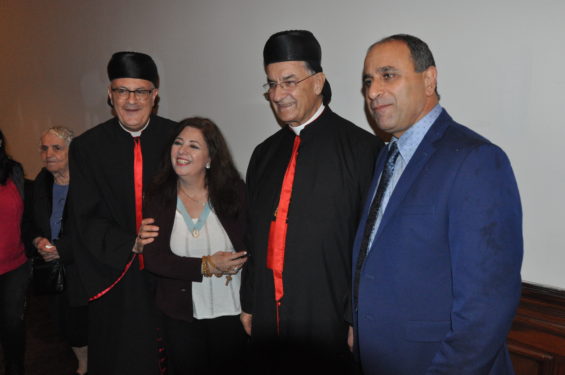 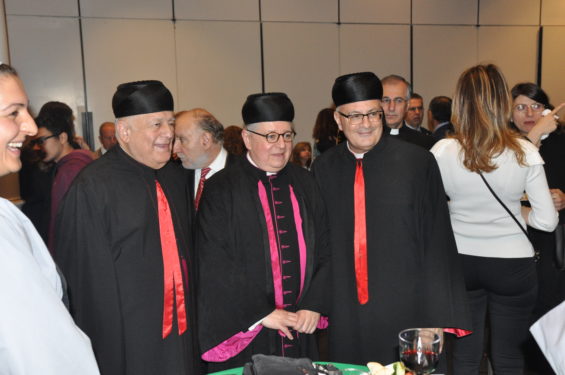 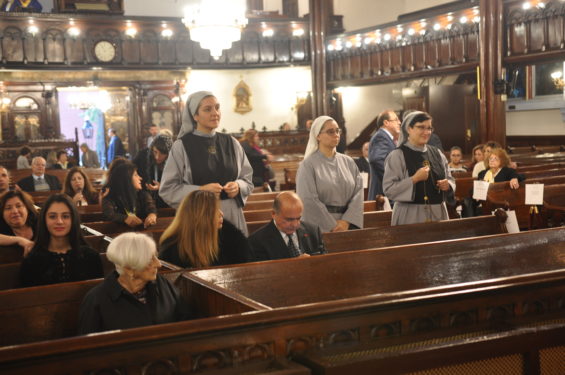 The Maronite Patriarch of Lebanon completed his peace mission to the United States by celebrating a liturgy in Brooklyn Heights with his fellow countrymen.

Cardinal Bechara Rai was the main celebrant of Mass Sunday, Oct. 29, at Our Lady of Lebanon Cathedral. Joining him at the altar were Bishop Gregory Mansour, bishop of the Maronite Eparchy of St. Maron based in Brooklyn.

The patriarch, who has participated in the In Defense of Christians conference in Washington D.C., Oct. 24-26, continued talking about religious freedom and hoping for resolutions to the world’s migration crisis, particularly in Lebanon.

He called upon world powers to strengthen a global peace movement and to support the return of Christian immigrants to their homelands, especially in Iraq and Syria.

He said that it has become increasingly more difficult for Lebanon to support the almost two million refugees in relief camps in the homeland.

The patriarch said, “Sharbel is now in New York” and he hopes that the saint’s intercession will direct the international community at the United Nations to bring about peace in the Middle East.

Cardinal Rai prayed in Brooklyn that there would be a commitment to “social love” that will feed the hungry, shelter the homeless and comfort the afflicted.

Speaking to the theme of the day’s Gospel, he said, “On the last days, we will be judged on social love.”

“These are all the people we meet every day,” he explained. “God has entrusted them to us. Be a witness to social love and a present sign of the glory of the Father, Son and Holy Spirit.”

Earlier in the week at the In Defense of Christians conference, Cardinal Rai said that Mideast church leaders were looking to the United States for leadership to obtain peace in the Middle East.

“We look to America to lead the international community in so many ways,” said Cardinal Rai.

At an Oct. 24 media conference kicking off the In Defense of Christians Summit in Washington, the cardinal and Greek Orthodox Patriarch John X of Antioch and all the East told a crowded room of church leaders, politicians and media at the National Press Club that Middle East residents were looking for the United States to push for peace, especially in their region.

Cardinal Rai said people in the Middle East were looking to America to help solve the humanitarian crisis that is enveloping Lebanon: 1.7 million Syrian refugees, who have been coming for more than six years; half a million Palestinians, who have been in the country for 69 years; “and many Iraqis.”

Yet, he and Patriarch John insisted that Middle Eastern nations must be involved in coming up with a solution.

“We hope the Palestinian crisis will be resolved soon, but not at the expense of Lebanon,” said Cardinal Rai, emphasizing that Lebanon needs to be involved in the negotiations.

He noted that his country has been at peace for years, but that peace is fragile. Many Lebanese have said the number of refugees in Lebanon – proportionately equivalent to about 150 million people coming to the United States and needing care – is straining that peace, as well as the nation’s infrastructure and resources.

Lebanon’s proximity to conflict zones and its hospitality have made it a haven for those fleeing violence. Southern Lebanon shares a border with Israel. Eastern and northern Lebanon borders Syria; from Damascus, Syria, to the border with Lebanon is only 15 miles.

Cardinal Rai said that, throughout history, “many of our challenges came from outside Lebanon.”

“We have been abandoned to solve the problems we did not create,” he said.

“We have a long tradition of pluralism in the Middle East,” he said, but that has eroded in recent years.

Patriarch John, who also visited Brooklyn and celebrated a liturgy here on Oct. 29, emphasized the need for people of the Middle East to be involved in peace negotiations.

“I daresay that if we are talking about our destiny in our land, we have something to say,” he said, noting that people do not want terms dictated to them. People want “our right to express on our destiny and our own plight.”

Also at the conference, Carl Anderson, CEO of the Knights of Columbus, praised the decision by the Trump administration to provide direct U.S. aid to persecuted Christians in the Middle East and route it through the U.S. Agency for International Development.

The aid will go to “faith-based and private organizations” to help those who are persecuted in the region, according to Vice President Mike Pence, who announced the move in a keynote address at the Oct. 25 Solidarity Dinner for the Washington-based group In Defense of Christians.

U.S. aid to the region had previously been given to the United Nations for distribution in the troubled region, but Pence criticized the U.N. efforts saying they had been ineffective in helping Christians who have suffered at the hands of Islamic State militants and other terrorist groups.

Contributing to the article were Ed Wilkinson in Brooklyn and Barb Fraze in Washington.