ASTORIA — Jose Ruiz, a carpenter from Jamaica, Queens, was working at the World Trade Center on Sept. 11, 2001, but he wasn’t killed in the infamous terror attacks — a cup of coffee saved his life.

“We were up on the 72nd floor,” Ruiz, a member of the Knight of Columbus, said of him and his work crew. “We did the finish work on all these different offices. We’d never go down for coffee; we usually just sent a guy. But that day, for whatever reason, we decided we were going downstairs to get coffee.

“So we’re sitting down out in front of Liberty Plaza, and all of a sudden, we see the first plane hit the building. We’re like, ‘No way, man!’ And then the second plane hits the second building. At that point, they were just telling everybody to get out of there and get away.

“It was crazy trying to get home.”

A year later, Knights of Columbus councils in Brooklyn and Queens began hosting an annual Family Picnic and fundraiser to honor dozens of KofC members and other people who died that day at the Trade Towers, the Pentagon, and Shanksville, Pennsylvania.

“A lot of brother Knights were killed on Sept. 11,” said Ruiz, who in 2001 was a young member of the fraternal Catholic organization.

“I don’t have an exact number at the World Trade Center,” he added, “but I believe between 40 to 50 brothers, or their family members, died. That’s why I’m very involved with this because I don’t want anyone to ever forget what happened on that day. I just think 20 years later, some people see it just like another day.” 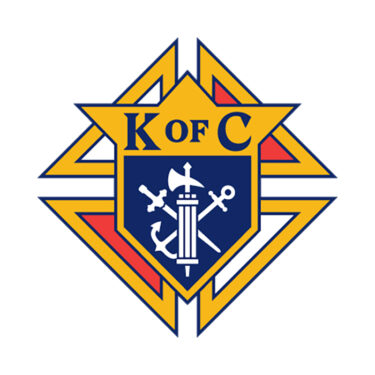 The event starts early with bell-ringing ceremonies starting at 8:48 a.m. to commemorate each of the four terror attack plane crashes. There is a patriotic flag raising, plus recognitions of wives of local KofC members who died that day.

Youth-oriented games follow while KofC members work the grills for the cookout fare served for lunch.

These days he helps organize the annual Sept. 11 event, but he is quick to credit the original organizers from Queens and Brooklyn who started the event.

They are Frank Boccabella of the Our Lady of Perpetual Help-Msgr. Flynn Council (#17153) in South Ozone Park and the late Jack Ferrarotti of the KofC Council #6194 at St. Sylvester Parish in Cyprus Hills, Brooklyn.

Since 2002, the event has raised $400,000 for the KofC charitable and benevolent programs in New York, Boccabella said.

About 40 councils from Queens and seven from Brooklyn now participate, he said. Together their members move throughout Brooklyn and Queens in the spring of each year, requesting donations and sponsorships from businesses.

The money is sent to KofC state headquarters, where it is distributed to various project beneficiaries like Special Olympics and St. Mary’s Children’s Hospital.

But, Boccabella noted that some of the funds are set aside for prize money for various raffles at the picnic. Raffle tickets, at $4, entitle the purchasers to chances to win prizes cash prizes from $1,000 to $25,000, he said.