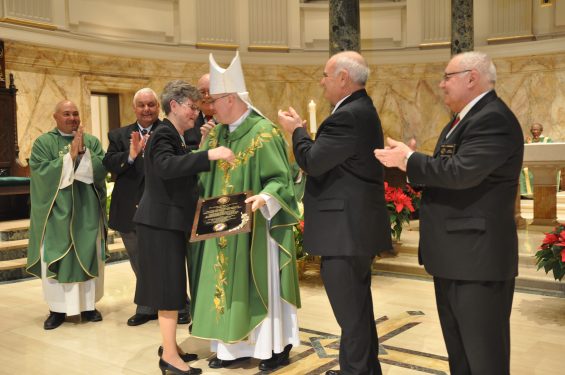 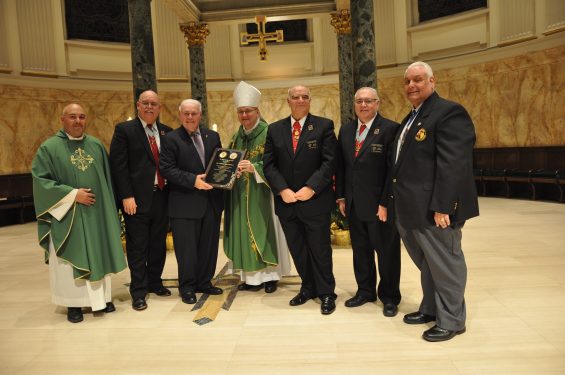 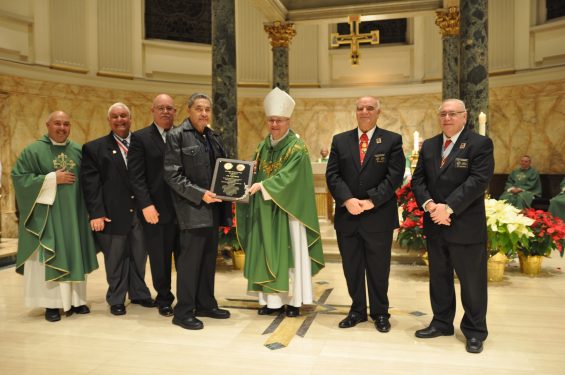 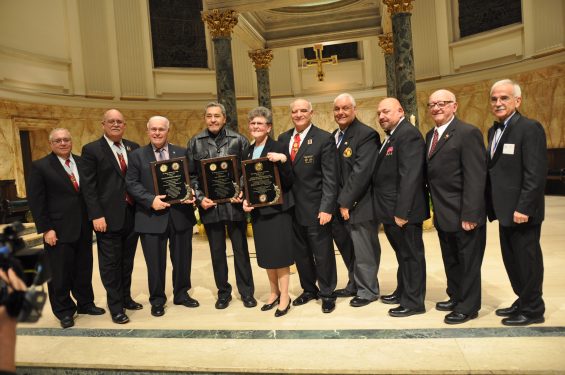 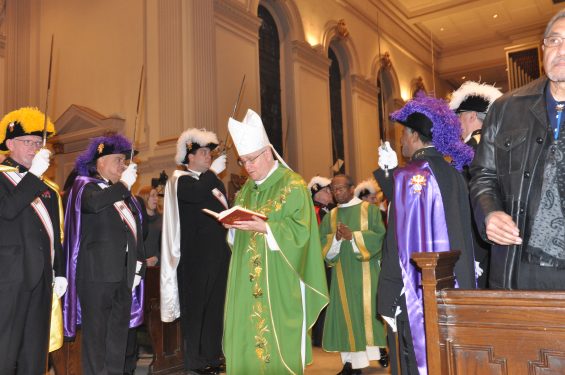 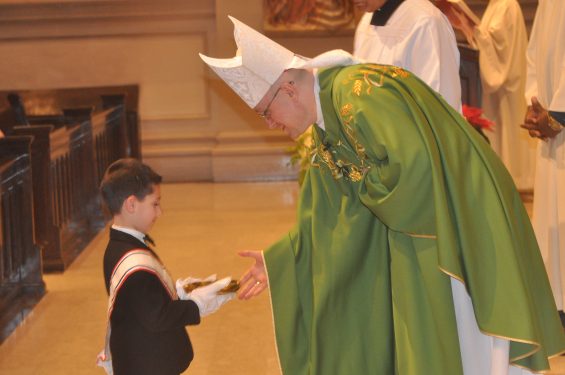 Local witnesses to life were told not to boast about their good works but to “boast in the Lord Jesus Christ about the work that they do every single day.”

“It’s about putting Jesus at the center and not ourselves,” said Father Josephjude Gannon, who preached the homily at the annual diocesan Pro Vita Mass sponsored Jan. 28 by the Knights of Columbus at St. James Cathedral-Basilica, Downtown Brooklyn.

Auxiliary Bishop James Massa was the main celebrant of the liturgy, which was followed by the presentation of the Pro Vita Awards. About 400 people attended.

The Bishop Thomas V. Daily Award was presented to members of the Knights of Columbus who have been active in local Sanctity of Life and anti-abortion efforts.

The honorees were Knights of Columbus Frank Boccabella of the South Ozone Park Council No. 2236, and Jose Ortiz of St. John the Baptist Council No. 4986 in Brooklyn.

The Father Michael J. McGivney Award, named for the founder of the Knights of Columbus, was presented to Sister Tesa Fitzgerald, C.S.J., for her work with Hour Children, that cares for children of women who have been incarcerated.

Many of the children and mothers and workers from Hour Children were in the congregation to cheer on Sister Tesa.

Executive director of the agency, Sister Tesa started the organization in 1986 through the inspiration of Sister Elaine Roulet, C.S.J., a chaplain at the Bedford Hills Correctional Facility. She and other sisters opened the doors of St. Rita’s Convent, Long Island City, and took in children.

The group continues to house children and to work with mothers and families as they reintegrate into society.

Boccabella, a native of East New York, has been active with the pro-life efforts of the K. of C.’s statewide pro-life movement. He helps to organize the annual pro-life Mass in the Archdiocese of New York, and was a mainstay at the Prayer Rally in Albany. He continues to be involved in the Knights’ outreach to children with disabilities.

Married to his wife Jeanette for 53 years, they are the parents of five children. He is a former Wall St. worker, who spent the last 25 years with the American Stock Exchange as director of compliance and the rules and regulations.

Ortiz has been involved for many years with the Helpers of God’s Precious Infants, the group that prays and offers counseling at the sites where abortions take place. He worked closely with Msgr. Philip Reilly, founder and director of the Helpers.

Born in Puerto Rico, he and his wife Antonia have been married for 54 years and are the parents of five children. He retired after 36 years as a salesman and driver for Drake’s Cakes.

Congratulating the award winners, Bishop Massa pointed to the late NYPD Detective Steven McDonald as the patron saint of life. He suggested that McDonald could one day be canonized and urged everyone to pray to him.

He said the hero-cop is a example to fathers and husbands and a great example of the sanctity of the laity.

The Pro Vita Mass was organized by the Long Island Council of the Knights and Father Michael Gelfant, former diocesan liaison to the Knights. In attendance were the new liaisons, Fathers Edward Kachurka and Josephjude Gannon.

The State Council was represented by State Deputy Robert Weitzman. Also present was Sir Knight Kenneth Latham of Queens, who the following day was nominated by downstate councils as their candidate for State Deputy.

“It’s important to recognize the men and women in Brooklyn and Queens who through their daily efforts help foster a culture of life,” said Father Gelfant.

“The Knights of Columbus continues to promote a culture of life from conception to natural death and always maintaining the dignity of the human person, while also caring for and nurturing the family, earning the label of our order as the ‘Strong Right Arm of the Church,’ as given to us by St. John Paul II.”