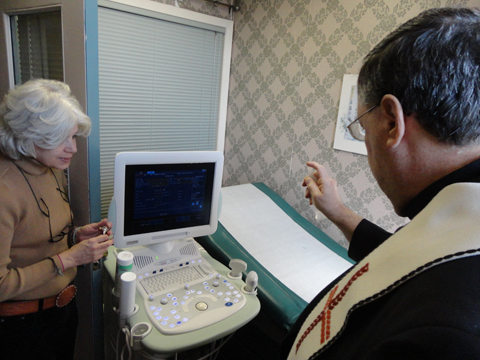 The Msgr. Dillon Knights of Columbus Council plans on making this an annual fundraiser to support organizations that defend life.

In the spring, the Council, which is in St. Luke’s and Holy Trinity parishes, Whitestone, hosted a dinner-party for Expectant Mother Care-Frontline Pregnancy Centers of New York, which is an organization dedicated to preventing abortions in the metropolitan area. Through free counseling, pre-natal care and ultrasound screening, EMC annually convinces over 3,000 pregnant women to choose life rather than abort their child. EMC operates 12 facilities in the five boroughs and in New Jersey.

Over 100 people attended the event.  The honorees were two former New York State Senators, Frank Padavan and Serphin Maltese, who were honored as “Defenders of Life.”  City Councilman Daniel Halloran was a guest speaker and was thanked for his defense of life in the City Council.

Over $10,250 was raised for the imaging system upgrade. It was matched by the Supreme Council Knights of Columbus. The Council hopes to make the event an annual pro-life affair.