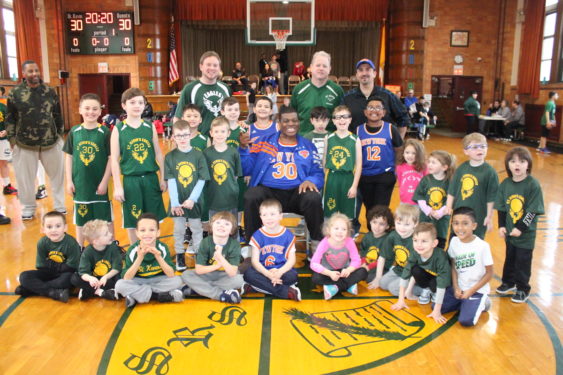 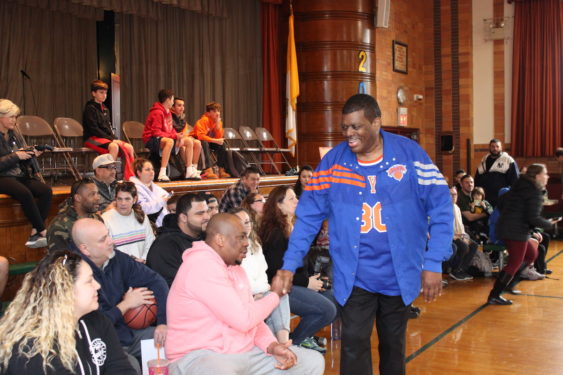 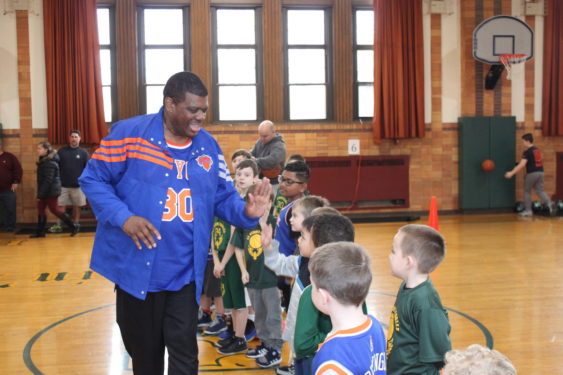 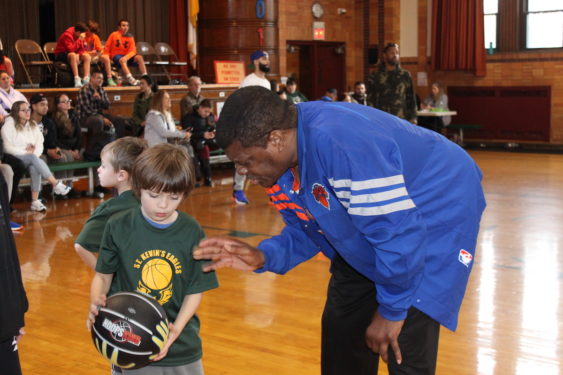 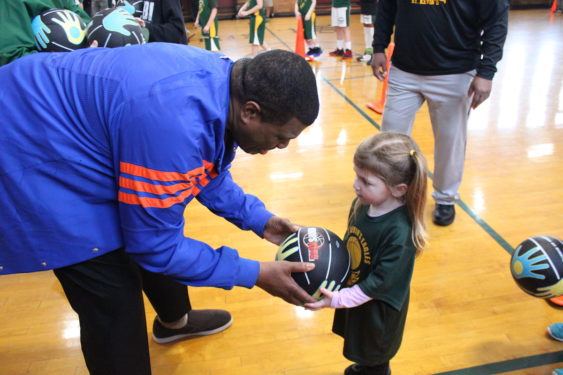 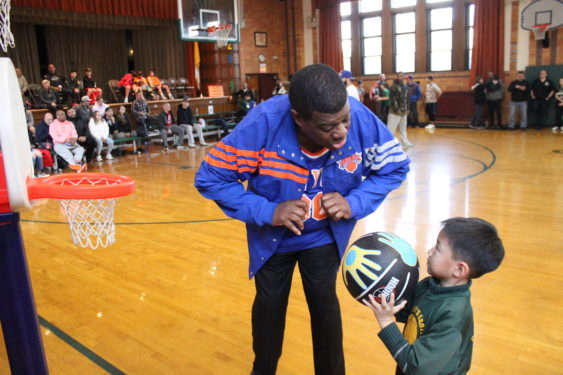 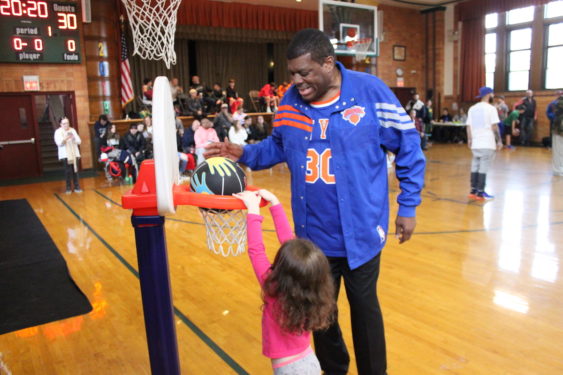 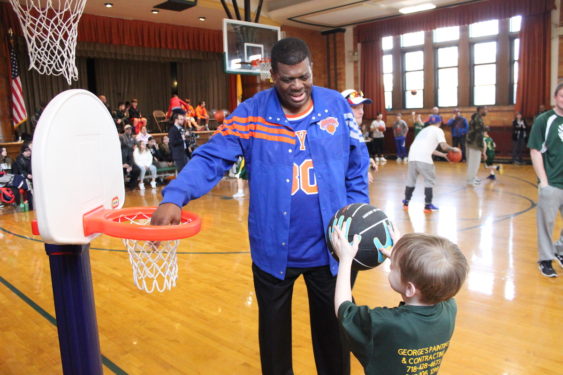 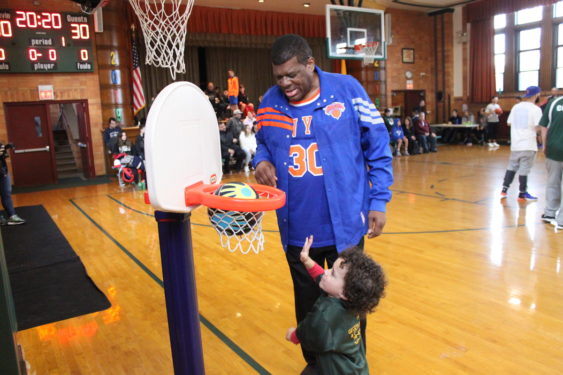 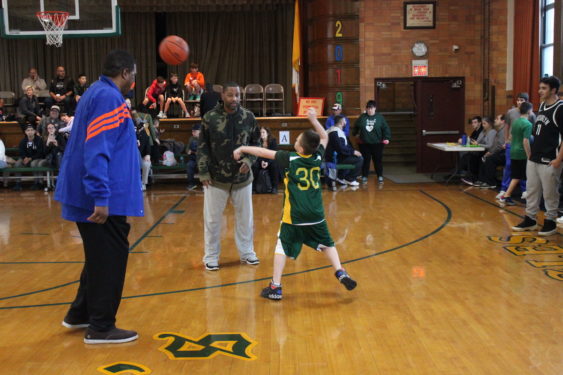 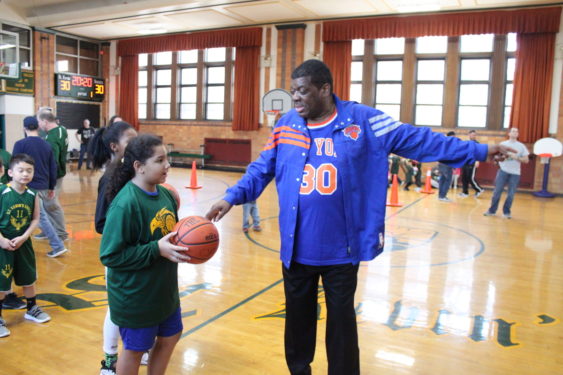 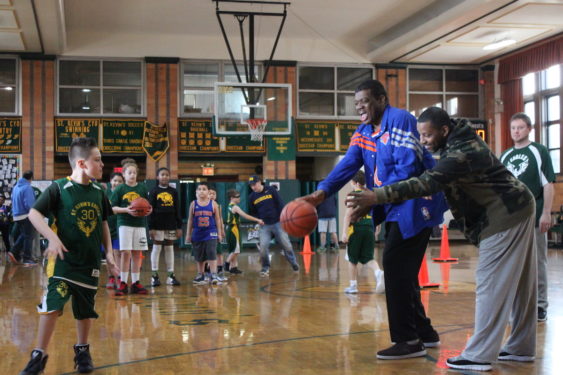 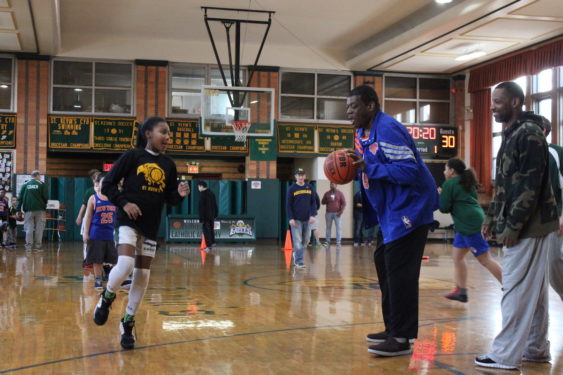 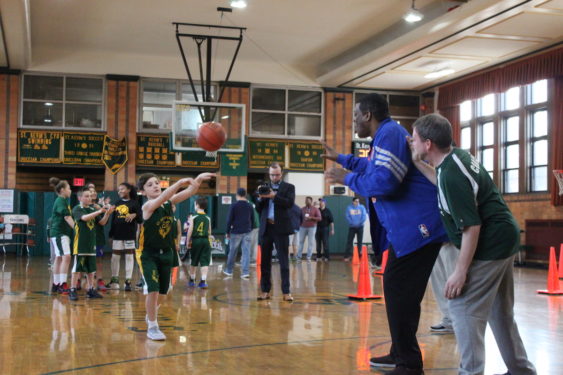 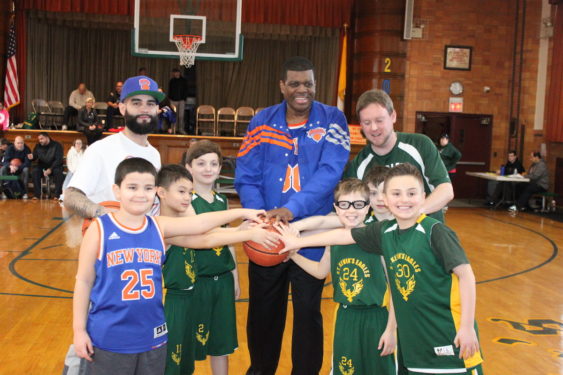 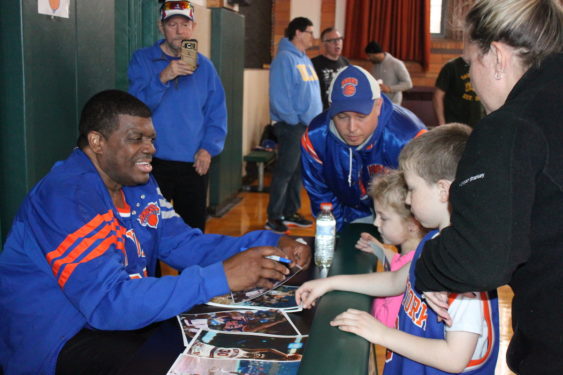 As part of the annual tradition of bringing in former professional athletes, local basketball favorite Bernard King joined the parish faithful for a hoops clinic in the St. Kevin Catholic Academy gymnasium.

More than 50 boys and girls from pre-K through eighth grade learned some pointers from King, who played 14 years in the NBA for the New Jersey Nets, Utah Jazz, Golden State Warriors, New York Knicks and Washington Bullets. Hopefully the youngsters paid close attention, because King’s pedigree landed him a rightful spot in the Naismith Memorial Basketball Hall of Fame in 2013.

With 20 Catholic Youth Organization (CYO) teams, basketball is by far the most popular sport at St. Kevin. Learning from the pros is always fun for the kids, even if they weren’t around to see them play.

“I really feel that it’s very important to provide the children of our community a positive experience,” said John Bonanno, the Youth Guild’s Sports Clinic Director, who has now been organizing these clinics for 10 years. “What better way than to bring in an NBA Hall of Famer to teach the children fundamentals and reinforce values and teamwork.”

The clinic featured King, 63, leading the children in basketball drills ranging from shooting, passing and making layups. He then signed autographs and posed for photos with the students and their parents.

“It’s very important to show the kids that they can enjoy themselves playing the game of basketball,” King said. “It’s also just as important to have these dedicated individuals help these young people as I was helped growing up.”

Born in Brooklyn, King said he was never fortunate to learn from a professional basketball player as the clinic’s attendees did. Instead, playing the game all the time growing up helped him develop his passion for the sport.

He attended Fort Hamilton H.S. before playing college ball at the University of Tennessee, Knoxville. The 6-foot, 7-inch small forward was selected seventh overall by the Nets in the 1977 NBA draft.

In his 14 seasons, he earned four All-Star selections, was twice selected to the All-NBA First Team and led the league in scoring with 32.9 points per game during the 1984-1985 season. For his career, he averaged 22.5 points, 5.8 rebounds and 3.3 assists per game.

King was known for his explosiveness on the court and ability to score points in bunches. He averaged more than 17.0 points per game in 12 of his 14 seasons.

“It gets me really excited for my season to hopefully take what I learned from him (King) and bring it into my own game,” said 10-year-old Amaya Hernandez, a forward on the St. Kevin CYO girls’ fifth-grade team who said her dad is a huge Knicks fan. “It was so cool to see him give high-fives to everyone and be kind to everyone.”

As much fun as the kids had at the clinic, King might have had more fun, as his radiant smile permeated the gymnasium throughout both sessions.

This is the type of event that creates basketball fans for life, and there’s no doubt King and the Knicks gained some spirited new supporters that day.