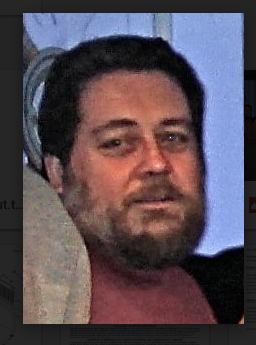 As Holy Week began, we at DeSales Media, the parent group of The Tablet, participated in a personal account of the suffering and darkness of Good Friday followed by the joy of Resurrection on Easter Sunday as we pondered the death of our colleague, Kevin Cianciulli.

Kevin was 55 years old when God called him on the morning before Palm Sunday. For 36 of those years, he worked as an engineer and chief engineer for our television divisions. Prior to the existence of DeSales, he was part of The Prayer Channel team and the Catholic Television Network of the diocese.

For the past few years, Kevin has been in and out of hospitals and nursing homes as he battled brain tumors. He was no longer on the scene in our studios, but we considered him to be a full member of our staff and his credit continued to run on many of our shows as a sign of the respect we all held for the contribution he made in putting NET-TV on the air.

In the earlier days of diocesan broadcasting when the budget was much smaller, Kevin would be called upon to make magic happen without spending too much money. He may have been the only one who understood how our studios were wired. When a signal was lost, it simply meant a call to Kevin who came to match up the proper wires to keep the station on the air.

At his wake and funeral, everyone recalled his generosity of spirit and kindness in assisting anyone who asked for help. He was a big, burly guy with a beard, but as gentle and quiet as he was imposing.

We held out hope that he would one day return to work but God had other plans for Kevin. He was called, for some mysterious reason, to be a sign of the suffering and death that precedes our own entry to new life.

This year, Kevin is a reminder of Christ’s victory over death in His Resurrection. Death is not the answer. Because Jesus rose from the dead, we believe that Kevin is now more fully alive than he ever has been.

During a recent staff day of recollection, Bishop DiMarzio urged us not to get caught up in the semantics of where Heaven is or what the glorified body would look like. He reminded us that ultimately eternal life is a mystery. It’s beyond our imagination.

He urged us to remind ourselves of the eyewitness of Jesus’ followers who wrote down what they saw and heard. They experienced Jesus’ presence among them for the 40 days after His Resurrection. It’s their witness – plus the goodness we experience in our own lives – that we hold in faith and that gives us hope that death is not the end.

In his homily at the funeral at St. Joseph’s Co-Cathedral, Msgr. Kieran Harrington said, “It’s appropriate that Kevin died just before Holy Week. Kevin lived the Passion. He didn’t want to die. He wanted to come back to work.

“He always kept a simple and child-like belief.”

And because of his example in the way he lived and died, we believe that “life changes and it doesn’t end.”

One thought on “Kevin’s Life and Death Proclaims Easter Message”