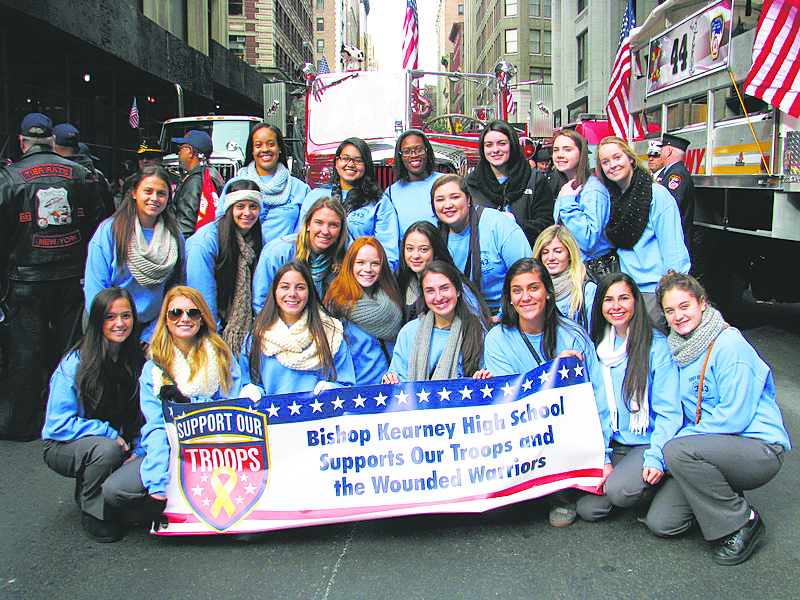 They walked down Fifth Avenue in Manhattan to show their appreciation of all the men and women who fought to keep the country safe.

They marched together with FDNY Engine 343, a commemorative engine in honor of the 343 New York firefighters who lost their lives during the Sept. 11, 2001 terrorist attacks on the World Trade Center.

Patricia Hynes-Farragher, Bishop Kearney teacher and trip coordinator, said it was important to remember the firefighters who made the ultimate sacrifice to protect New York.

“They were the first responders to the wars that started on 9/11,” she said.

Participating in the parade is part of an ongoing effort at Bishop Kearney to support troops and Wounded Warriors.

Students from the school participate in Masses for warriors and once a year go down to Washington, D.C. to learn from veterans. Lynda Thomson, from the FDNY office of operations, helps the school coordinate the efforts.