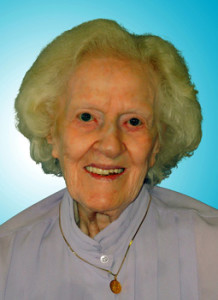 Sister James Patrice Veale, C.S.J., a member of the Sisters of St. Joseph, Brentwood, L.I., for 79 years, died March 26, at the Motherhouse in Brentwood. She was 99.

She entered the congregation in 1935 from St. Sebastian parish, Woodside. After earning bachelor’s and master’s degrees in Latin from St. John’s University, Jamaica, she achieved state certification from Queens College in Spanish. In collaboration with another Sister of St. Joseph, she co-authored a Latin workbook for Harcourt and Brace in 1985.

She was predeceased by her sister, Sister Miriam Dolores, C.S.J., in 2009.

Burial was in Calvary Cemetery, Brentwood.