For Young Hispanics, It’s a Way of Life 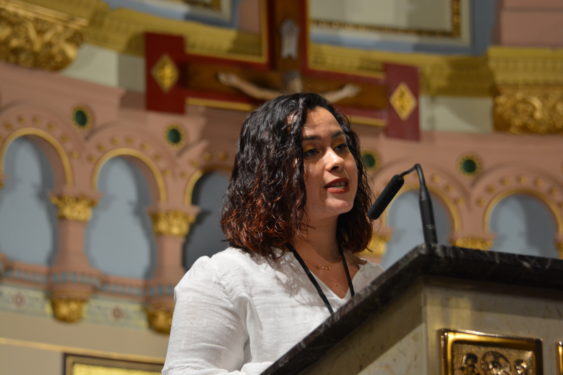 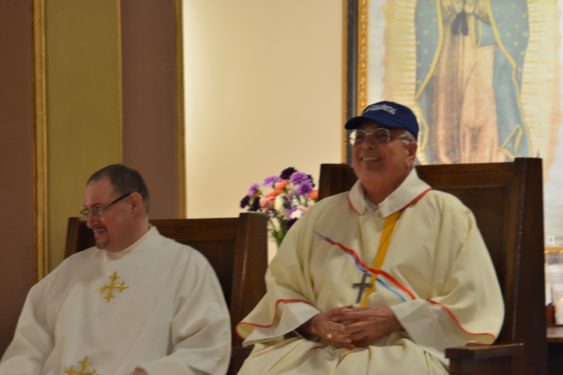 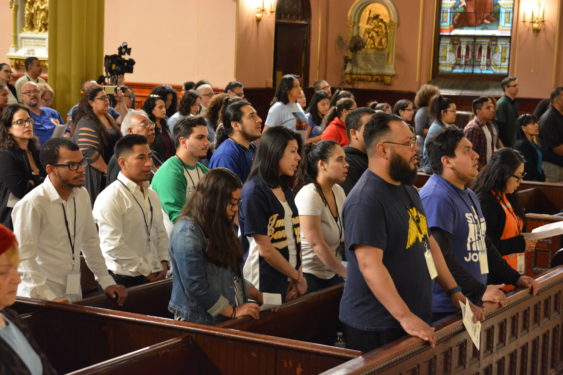 “We need to know our history,” Bishop Nicholas DiMarzio said May 2 in his homily at Transfiguration Church in Williamsburg. The Mass marked the closing of the 50th anniversary year in Brooklyn for the Movimiento de Jornadas de Vida Cristiana, or Journeys of Christian Life Movement.

The Jornada “is a movement for young people. It came out of the Cursillos de Cristiandad, the Cursillistas meetings,” Bishop DiMarzio said in an interview before the Mass. “This was for their children, but it has taken a life of its own. It is a youth movement very particular to the Diocese in Brooklyn and Queens where the young people get together once a week for spiritual direction and prayer.”

The joyous celebration was bilingual and multi-generational. Father James Kuroly, spiritual director of the Jornada, said: “Through this year we have been looking at our past with gratitude to the almighty God for the gift of the Jornada movement in the lives of many of our Jornadistas and in the life of the Church here in Brooklyn and Queens and the Archdiocese. Today is an opportunity for us to give thanks to almighty God for the past and also recognize that we are the present and we look forward to the future as well.”

Ali Ávila, from St Benedict Joseph Labre parish in Richmond Hill, was there. “I had the good luck and the blessing of being at the first Jornada in 1972, which took place at the Cursillo House in Brooklyn,” he said. “I did the first Jornada for men, but by that time they had already celebrated three for women.”

Women were the first to spread the word about the Jornadas. “Back then,” Ávila says, “the girls recruited the first young men for the movement. I belonged to the youth group at St. Paul’s (Cursillo House), and then I came to Jornada.”

In Spanish-speaking countries, the nickname for a kid named “Jesus” is “Chuito.” And that’s how Jornadistas call Jesus.

Fred Fulford, of St. Paul-St. Agnes parish, Cobble Hill, and a member of the Jornada Movement since 1975, said: “Yes, we call Him Chuito. And I have been giving that Chuito love since I started working with Jornada in the 1970s. I’m really proud to be the first African-American to join the Jornadista movement in Brooklyn.”

The use of the nickname is not random. Ivonne Núñez, from St. Andrew the Apostle parish, Bay Ridge, says that “being a Jornadista is living a life in Christ, it is having a relationship with Jesus, a friendship with Him. As a Christian, I learned to believe in God, in Christ. But as a Jornadista, I learned that Jesus is my friend, and you learn how to keep that friendship, how to make it stronger.”

She has been part of the movement since 1974. “It has defined my life. Here I met my husband and had my kids. Here I found my best friends.”

The new generation feels comfortable in English but they speak “the same language” as the founders of the movement in Spain. Juan Rosa, from Our Lady of Sorrows, Corona, is the American-born son of Dominican parents. He has been a Jornadista for 11 years, since he was 16.

“I came to the movement because my cousin and my brother had done their Jornada retreats and they brought me along. But then I started coming on my own,” he says. “Being a Jornadista is just being a servant of God, paying it forward. What we learn, we pay it forward to other young people that need it.”

The choir at the anniversary Mass sang in English and Spanish. One of the leading voices was Melanie Feliciano’s, a 25-year-old parishioner of St. Dominic’s, Bensonhurst, who is the current president of the movement.

“I started getting involved with Jornadas when I was 13 years old. I lived my Jornada when I was 17. I’m 25 now so it has been a big part of my life and a big blessing,” she said.

Asked what it means to be a Jornadista, she answers: “It means youth evangelizing youth. Doing exactly what you should be doing to get other youth coming to the Church.”

Hispanic immigrants are mostly Catholic and feel more comfortable participating in Mass in Spanish. But their children learn the language of the land and the ways of the new culture – and many times that means leaving the Catholic Church, losing their Catholic faith.

At the Jornada Mass at the Transfiguration, three generations of Hispanic Catholics shared the celebration with bilingual prayers and hymns. The torch is being passed to a new generation of Jornadistas whose dominant language might be English, but who still call Jesus “Chuito.”