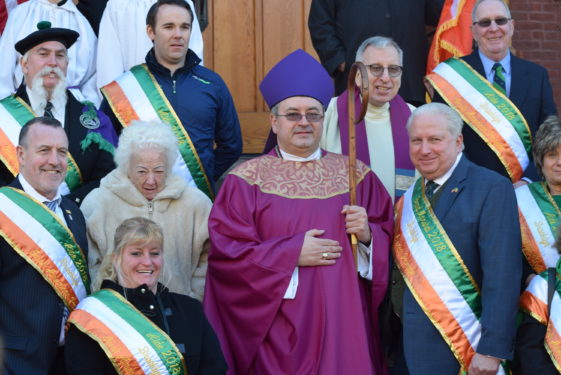 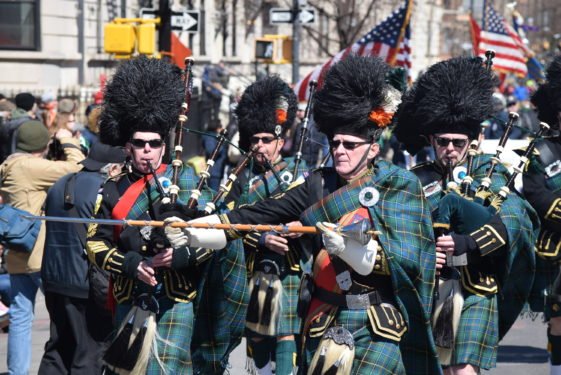 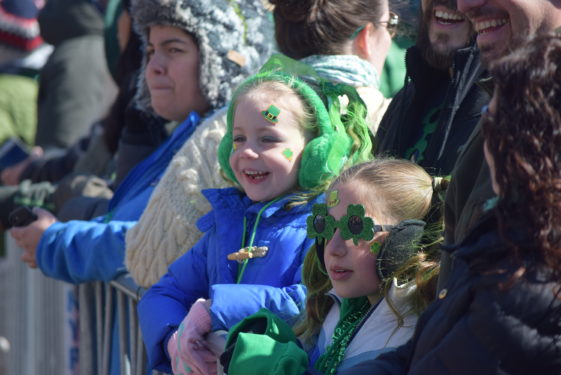 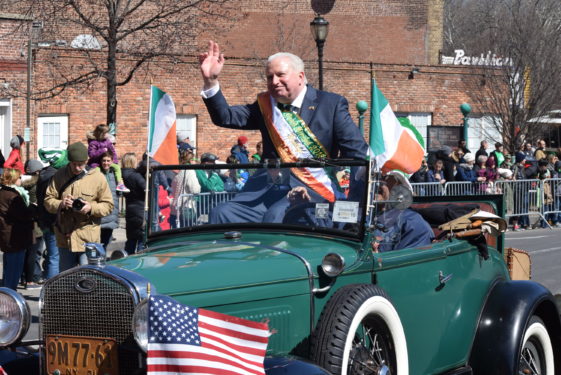 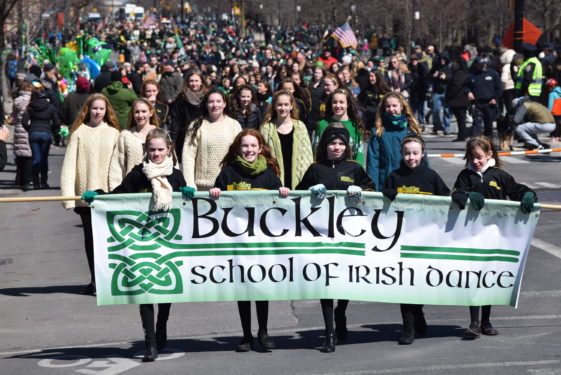 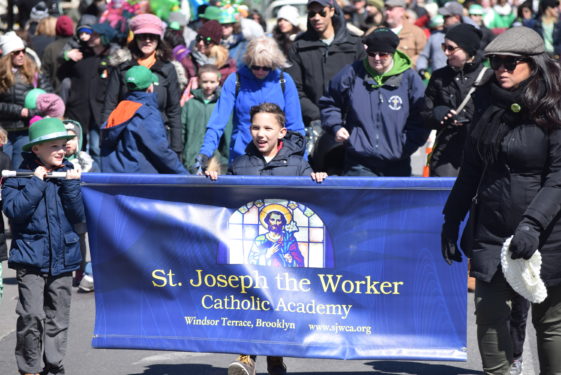 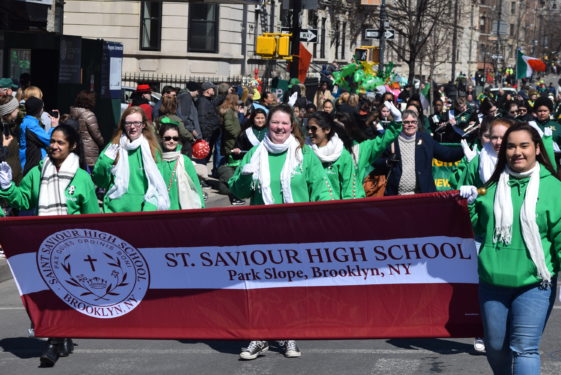 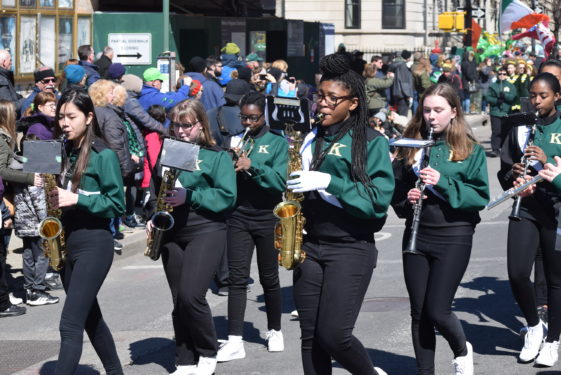 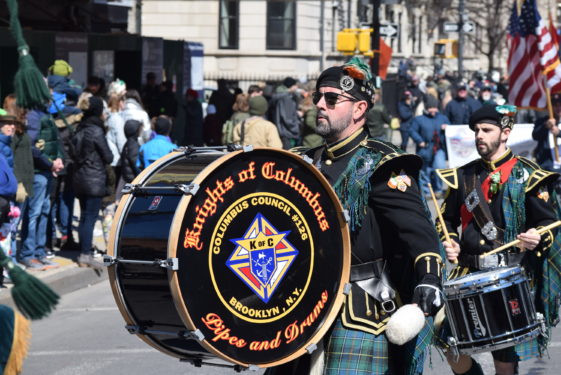 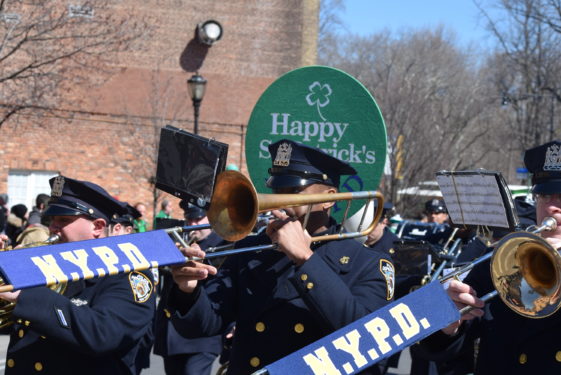 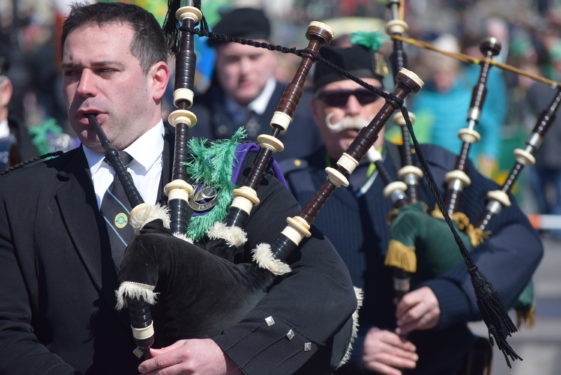 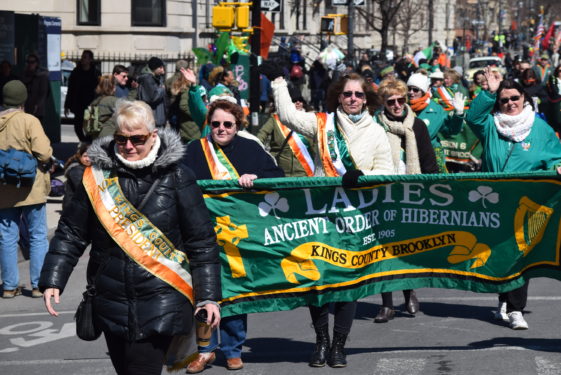 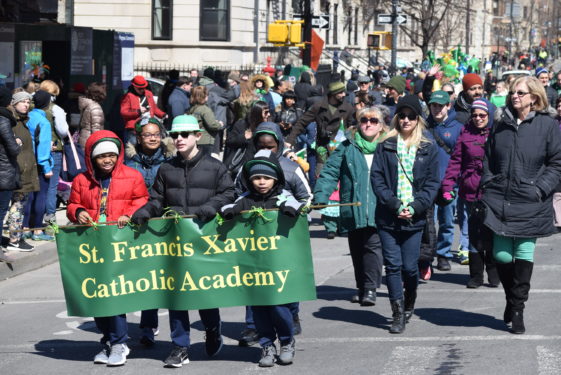 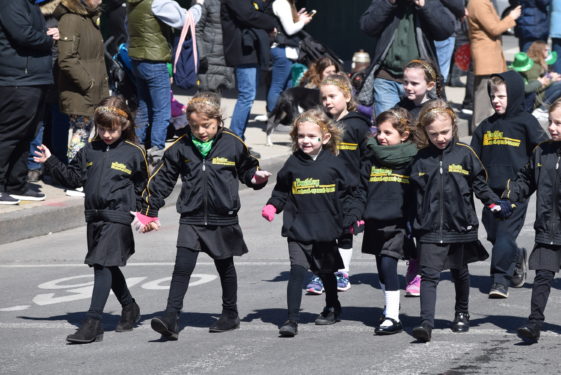 Auxiliary Bishop Witold Mroziewski kicked off the day’s festivities by celebrating morning Mass at Holy Name of Jesus Church. He bestowed a special blessing upon a ceremonial wreath that was placed at the beginning of the parade route to remember all the heroes lost and still suffering from the events of 9/11.

In his homily, Bishop Mroziewski spoke of Ireland’s patron saint, whose life is still celebrated more than 1,500 years after his death, “even though he lived a humble life and claimed to be no better than any other sinner.”

The bishop also spoke of his own devotion to the saint whom he considers a personal source of inspiration.

“His work has always been inspiring for me as he was able to bring the faith to an entire country and change history for all of its people. He was also able to do it using something of their own culture by describing the Father, Son and Holy Spirit through the shamrock.

“His work continues today as so many people celebrate his life and still follow his example to hold our own heritage and faith close,” the bishop said.

Richard Moylan said he was humbled to lead the parade as grand marshal.

“I have the easy job, the committee does such an amazing job every year preparing for this and it truly is a special day. It is just such a humbling experience.

“I do what I do, and to be recognized for that is just icing on the cake. It’s more of an honor to recognize Green-Wood Cemetery as we have a long history with the Irish and the community so we are so happy the day is finally here and we can celebrate.”