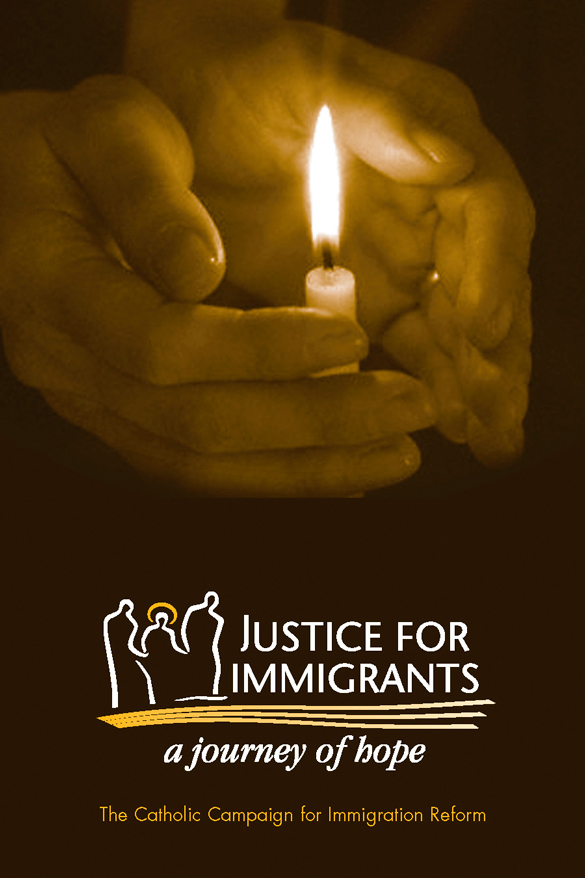 The issue of immigration reform has surfaced now in the 113th Congress as a priority of both President Obama and House Speaker John Boehner. It is important that we understand this issue from a Catholic perspective. The interest of the Church in the issue of immigration is not recent. Rather, the interest dates back to the beginning of our Nation as the Church has always been an immigrant church. In recent decades, the Church has once again been a church receiving immigrants from all over the world. There is no place where this issue can better be verified than right in our own Diocese here in Brooklyn and Queens.

Our Nation has a broken immigration system which is witnessed daily in the life of those who live in this Diocese of Brooklyn. Under the current system, families are divided, migrant workers are being exploited and human beings are dying in the desert. Truly, we called to welcome the stranger as proclaimed by Our Lord, Jesus Christ, in Matthew’s Gospel in the scene of the Last Judgment, is something which we need to heed.

The Church believes that we need a path to citizenship for the over 11 million undocumented peoples in our country. This is not what is understood to be an “amnesty.” Those who qualify under the current proposal would have to pay back taxes, pay a fine, acquire English proficiency and wait their turn, which could be as long as 13 years, to obtain permanent residency and citizenship. If the undocumented in our midst are only given legal status, we would be sanctioning a permanent underclass in our society who would not be able to vote and would be permanently restricted in their civil rights. This large number of persons in our society would cause, I believe, civil unrest.

Again, the Church believes in family unity based on a system of a union of husband and wife, and their children, which should remain the cornerstone of the Nation’s immigration system. In this regard, we support the preserving and improving of the family-based immigration system, so that families can be reunited more expeditiously.

For example, currently a Mexican legal permanent resident must wait seven years for his or her spouse and children to join them through legal channels. This has encouraged illegal immigration, since families naturally wish to be together. We also oppose the elimination of any family-based categories that would support changes which would expedite family reunification, such as the reduction of backlogs, the reallocation of unused family visas and the classification of spouses and children of legal permanent residents as immediate family members. The Church opposes transferring permanent visas from the family categories to the employment categories. Again, this would erode the principle of family unification.

Unfortunately, the Administration has complicated this legislation by adding provisions for the allocation of spousal or marriage-like immigration benefits to persons in same-sex relationships. This is an overreach by the Administration and introduced as a controversial issue to an already controversial package. We should not risk the legalization of 11 million persons over this issue. We want an immigration bill that preserves family unity without redefining what marriage is all about.

The Church also supports a program for unskilled workers so that they might enter the country safely and legally. This is commonly known as a temporary worker program and would eliminate the need for undocumented persons to work in our fields harvesting our food where most of the unskilled workers are needed to fill gaps in our economy. A program that is properly implemented with safeguards and legal protections could benefit not only our Nation but also the unskilled workers themselves who do not wish to permanently reside in the U.S.

When we come to the issue of enforcement, we recognize that our Nation has spent $150 billion since the Year 2000. While the number of undocumented has increased from seven million persons in 2000 to 11 million persons today. Last year, $16 billion was spent on immigration enforcement, more than any other enforcement agency in the federal government, including the FBI. A record number of over 400,000 immigrants were deported last year, while about 100,000 parents were deported and separated from their U.S.-citizen children. This clearly hurts the principle of family unity.

Unfortunately, enforcement only allows people to re-enter the country in a clandestine manner. While the Church rejects an enforcement-only immigration policy, we understand the need for a more comprehensive approach to enforcement. It has always been my belief that enforcement should be in the workplace and not necessarily at the border. Immigrants come to work. If we protect the workplace, we will protect our society. The recent economic downturn has resulted in fewer immigrants coming to our Nation illegally. Clearly, there is a supply and demand employment need that draws workers to our country. If we protect the workplace with newly available electronic verification systems, we could eliminate, for all practical purposes, the problem of illegal immigration since migrants will not stay here if they cannot find work. This also would involve the policing of our places of employment and honesty on the part of employers to make sure that they hire only authorized workers.

In the long run, we must look at the root causes of migration to our country, much of which comes from the economic imbalance between poorer countries and our own country. While there is no system that could ever equalize this imbalance, we must look to the sending countries with the greatest number of immigrants coming and devise economic incentives for those countries to assist their own potential migrants who could remain in their home countries.

Our Nation certainly has put out into the deep with this new immigration initiative. It is a risky endeavor and certainly involves much controversy. Clearly, justice demands that our country look to our broken immigration system and make every effort to come to a legal immigration system which controls immigration and our borders for good – not only for our society but also for the immigrants themselves.