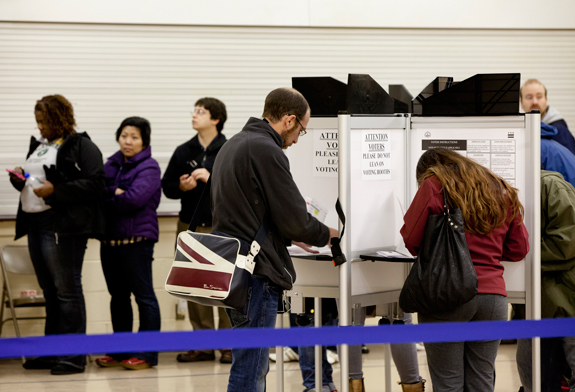 In Minnesota, voters rejected a state constitutional amendment to define marriage as only a union between a man and woman.

The Catholic bishops in each state had urged voters to uphold the traditional definition of marriage between one man and one woman and warned that religious liberties could be threatened by legalizing same-sex marriage.

Maryland and Washington voters upheld laws permitting same-sex marriage that were passed earlier in the year by their legislatures and signed by their governors but challenged in the referendum process.

Minnesota’s action does not make same-sex marriage legal. There is still a state law banning it, but by rejecting the constitutional amendment, voters cleared the way for the Legislature or courts to move to permit such marriages.

Voters in Maine approved a referendum authorizing same-sex marriage, a measure that bypassed courts and the Legislature, and reversed a 2009 referendum banning such unions.

Archbishop Salvatore J. Cordileone of San Francisco, chairman of the U.S. bishops’ Subcommittee for the Promotion and Defense of Marriage, called for renewed efforts to strengthen and protect marriage and family life and expressed gratitude to marriage protection supporters. 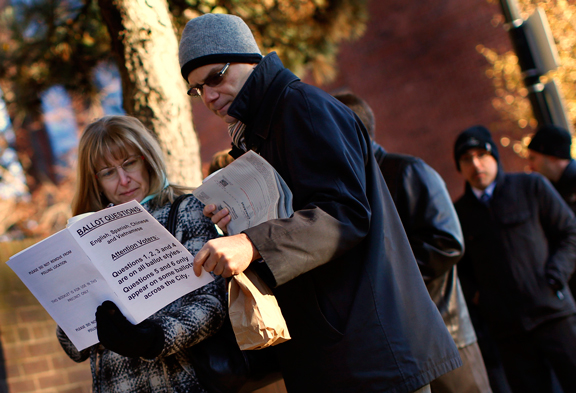 Election Day was a disappointing one for marriage, the archbishop said.

“The meaning of marriage, though, cannot be redefined because it lies within our very nature,” he said. “No matter what policy, law or judicial decision is put into place, marriage is the only institution that unites a man and a woman to each other and to any children born of their union. It is either this, or it is nothing at all.

“In a society marked by increasing poverty and family fragmentation, marriage needs to be strengthened, promoted, and defended, not redefined. I hope and pray that political leaders, judges, and all people will seek to honor this foundational and common sense truth of marriage.”

In Maryland, Baltimore Archbishop William E. Lori was among the most vocal leaders of the campaign to defeat the referendum, and he expressed disappointment in the vote.

“I think that vote will prove not to have been for the common good of our state,” he said in a Nov. 7 interview with The Catholic Review, Baltimore’s archdiocesan newspaper. 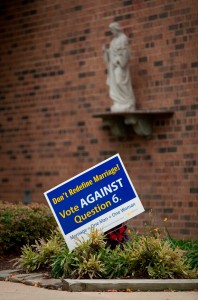 The Maryland Catholic Conference, which advocates for public policy on behalf of the state’s bishops, joined the Maryland Marriage Alliance in efforts to overturn the law. Archbishop Lori praised the advocates’ work over the past year.

“So much hard work went into this, and I’m very, very grateful to everyone who worked so hard,” he said. “We will continue to witness to the values of marriage as understood as the union of one man and one woman, as the most sound, secure and loving way to bring children into the world.”

The Catholic conference said: “Regrettably, Marylanders decided by the narrowest of margins not to repeal the law that redefines marriage.”

The language of the ballot measure “masked the fact that this law does not simply assign civil benefits to gay and lesbian couples, but drastically dismantles in our state law the fundamental family unit of mother, father and child,” the conference said.

“The people of Maryland were promised that this law would protect religious institutions and individuals who believe marriage is the union of one man and one woman, and we will remain vigilant in ensuring that those promises are upheld,” it added.

The Catholic Church not only opposes the legalization of same-sex marriage, it also teaches that any sexual activity outside of marriage is sinful.

Bishop Richard J. Malone, who is administrator of the Diocese of Portland, Maine, said in a statement he was deeply disappointed in the outcome in his state.

“I am deeply disappointed that a majority of Maine voters have redefined marriage from what we have understood it to be for millennia by civilizations and religions around the world,” said the bishop, who in August was installed to head the Diocese of Buffalo, N.Y. He thanked “the Catholic faithful who did not abandon Catholic teachings on the nature of marriage.”

In efforts to persuade voters to oppose legalizing the marriages, the bishops of Washington had issued video statements and a pastoral statement opposing the referendum.

Archbishop John C. Nienstedt of St. Paul and Minneapolis wrote in a column in the archdiocesan newspaper, The Catholic Spirit, that the Church’s “effort to support God’s unchanging plan for marriage is not a campaign against anyone but rather a positive effort to promote the truth about marriage as a union between one man and one woman.”

The Massachusetts initiative, known as Question 2, was defeated by fewer than 39,000 votes – 1,395,227 to 1,356,899 – with the largest opposition rising in counties in the center of the state and those north and south of Boston.

Cardinal Sean P. O’Malley of Boston was pleased with the outcome, saying the common good was served in the measure’s defeat. 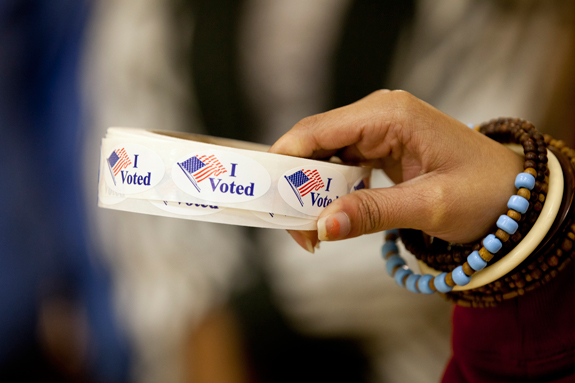 “The campaign against physician-assisted suicide brought together a diverse coalition from medical, disability rights and interfaith communities, all dedicated to ensuring that our residents were well informed on the issue,” he said in an e-mailed statement.

The cardinal called upon wider society to work with hospice organizations and palliative care providers “to improve the care provided to the terminally ill.”

“It is my hope and prayer that the defeat of Question 2 will help all people to understand that for our brothers and sisters confronted with terminal illness we can do better than offering them the means to end their lives.”

The measure may have generated the widest debate of any statewide ballot issue in the country. The initiative would have allowed terminally ill adults to commit physician-assisted suicide under certain conditions.

Under the proposal, patients estimated to have six months or fewer to live and judged medically capable to make a medical decision could decide to end their lives after submitting such a request twice orally and once in writing.

In video and written messages on the Massachusetts Catholic Conference website, Cardinal O’Malley urged voters to reject the measure, saying it would place vulnerable people at risk and that it promotes suicide.

Catholics and right-to-life leaders argued against the measure and also pointed to what they considered to be several flaws in its wording. In particular, the Church raised concerns that the measure did not require that a doctor be present when a terminally ill individual administers a deadly dose of drugs once the medication is prescribed and that there was no requirement for an individual to notify family members of his or her intent.

In opposing the initiative, the Massachusetts Medical Society maintained that “physician-assisted suicide is fundamentally incompatible with the physician’s role as healer” and that “the proposed safeguards against abuse are insufficient.”

In California, an initiative to end the use of the death penalty was defeated as well in another close vote.

California voters rejected Proposition 34, which would have repealed the death penalty clause in the state constitution, by 52.8 percent to 47.2 percent. Inmates already facing a death sentence would have been resentenced to life in prison without parole under the measure.

Ned Dolejsi, executive director of the California Catholic Conference, which had backed the proposition, expressed disappointment in the outcome in an interview with Catholic News Service Nov. 7.

“The Catholic bishops felt this was a good moment for the people to reflect on the use of the death penalty and how … it’s an expensive and rather useless exercise of state power,” Dolejsi said.

“We wanted to present this to the people of California and wanted them to engage the issues and challenge the death penalty,” he said. 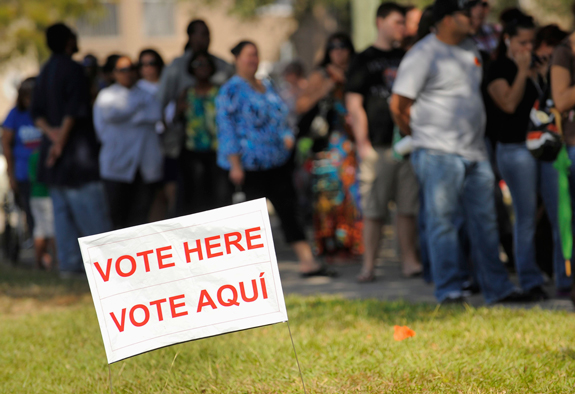 Opponents, including law enforcement officers and three former governors, maintained that the savings estimates were overblown and that the state’s onerous death penalty system is in need of repair and should not be replaced.

In backing the capital punishment ban, California’s Catholic bishops maintained that the inherent dignity of each person must be upheld and that even people convicted of any serious crime must not be put to death.