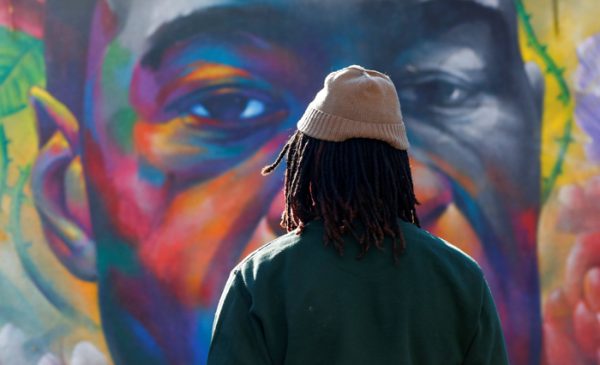 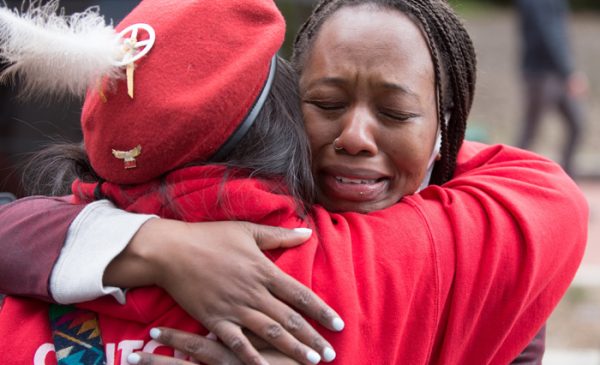 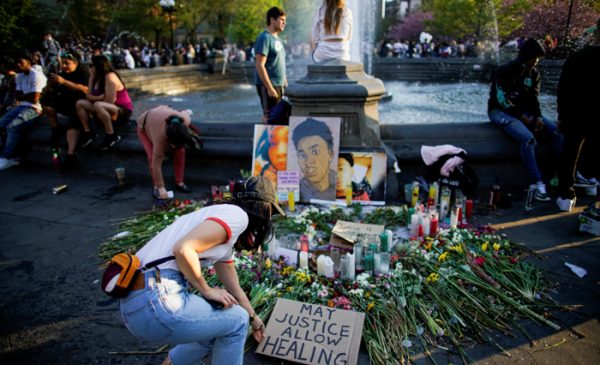 Archbishop Bernard Hebda of St. Paul and Minneapolis called the verdict a “sobering moment” for the community. A verdict that “punctuates the grief that has gripped the Twin Cities in these last months.”

“It is our shared brotherhood with Jesus that calls us to a deeper respect for all human life,” the archbishop said. “We ask him to bring healing into our communities, comfort to the family of George Floyd and all who mourn, and satisfaction to those who thirst for justice.”

The jury found Chauvin guilty on all counts — second- and third-degree murder, and second-degree manslaughter. The 45-year-old faces up to 75 years in prison when he returns to the courtroom for sentencing in eight weeks.

Floyd’s death last year led to nationwide protests and demands for reform and justice on the issue of police brutality. Particularly, it was a video of Chauvin with his left knee on Floyd’s head and neck area for over nine minutes — as Floyd struggled and uttered the words “I can’t breathe” multiple times before his death — that horrified the nation.

After the verdict was announced, crowds gathered at George Floyd square in Minneapolis — a memorial site in Minneapolis — and there was an outpouring of emotion that included cheers, crying, hugs, and chants. In a viral video, Floyd’s family is shown embracing one another as they’re overcome with tears.

Bishop Shelton Fabre of Houma-Thibodaux, chairman of the U.S. Conference of Catholic Bishops Ad Hoc Committee Against Racism, and Archbishop Paul Coakley of Oklahoma City, chairman of the USCCB Committee on Domestic Justice and Human Development, reminded the nation that Floyd’s death “highlighted and amplified the deep need to see the sacredness in all people, but especially those who have been historically oppressed.”

“Whatever the stage of human life, it not only matters, it is sacred,” Archbishop Coakley said. “The events following George Floyd’s death also highlighted the urgent need for racial healing and reconciliation.”

Bishop John Stowe of Lexington was one of many bishops to take to Twitter to share their reaction to the news. Bishop Stowe wrote that “this verdict respects both the rule of law and what the whole world watched on video. More importantly, it affirms what has been shouted on our streets for nearly a year, George Floyd’s life matters, Black lives matter.”

Bishop Michael Fisher of Buffalo called the decision a “verdict of accountability,” and “an important step in healing the deep wounds of racial tension caused by this senseless killing.” He also called for peace.

“I implore all who wish to demonstrate to do so peacefully and in ways that lead to greater understanding, dialogue, and meaningful change,” Bishop Fisher said in a statement.

Archbishop Nelson Perez of Philadelphia said in a string of tweets that the nation still has a lot of work to do to confront issues of racial justice, as well as a reminder that criminal justice is a matter of the courts, meanwhile, social justice is a “common responsibility that we all share.”

1/7 The anguish, grief, and fear that consumed our country last spring following the tragic and disturbing death of George Floyd was overwhelming. In the immediate aftermath, old wounds were ripped wide open as the mortal sin of racism cut through our communities.

“May God allow us to be open to more difficult conversations and hard work as we seek to achieve peace and unity,” the archbishop wrote. “While those goals are challenging, it is not impossible to attain them.”

Ahead of the verdict announcement, the Minnesota Catholic Conference released a lengthy statement that no matter what happened, anger or hatred isn’t the answer.

“The violent protests of these past months across our country have done very little to improve the lives of people of color living in intergenerational poverty or to address their basic needs for good schools and safe neighborhoods for their children, access to capital to start businesses, better social services, and support for marriage and families,” the organization said.

“To heal the wound of racism, we must open our hearts to allow God’s amazing grace to be the light that fills us and the light that we share with our neighbors.”