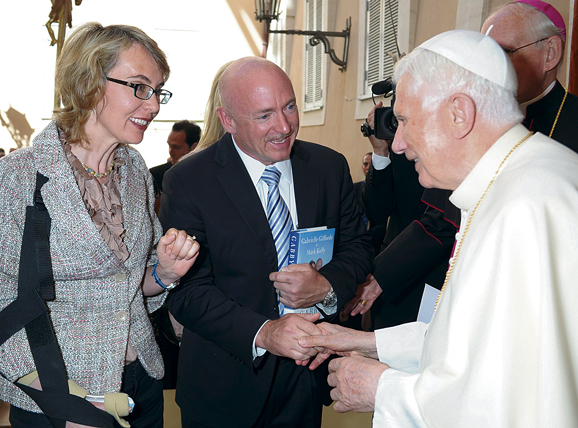 Former U.S. Rep. Gabrielle Giffords of Arizona and her husband, astronaut Mark Kelly, meet briefly with Pope Benedict XVI at the end of the pope’s weekly general audience Aug. 8 in Castel Gandolfo, Italy. Giffords was shot and seriously wounded during a political appearance in Arizona in January 2011.