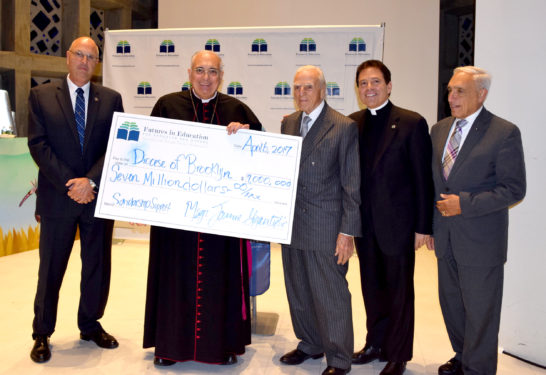 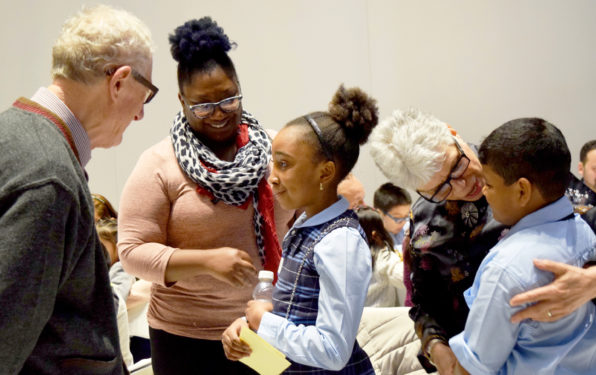 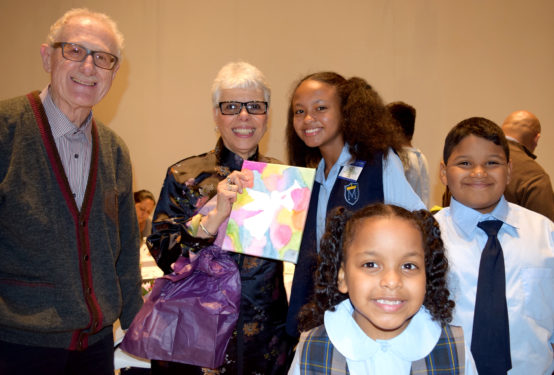 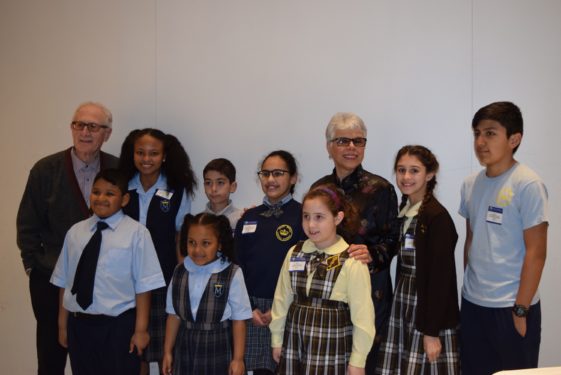 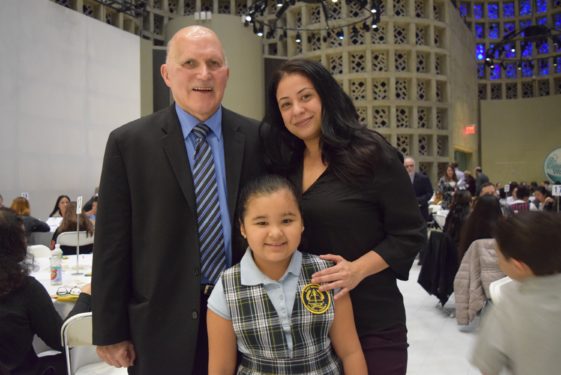 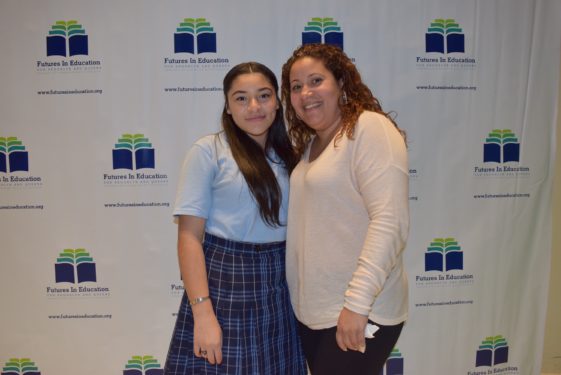 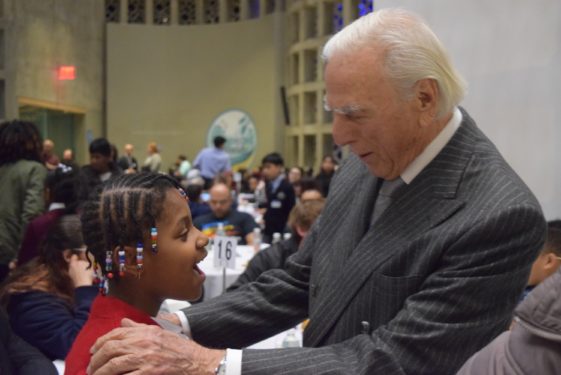 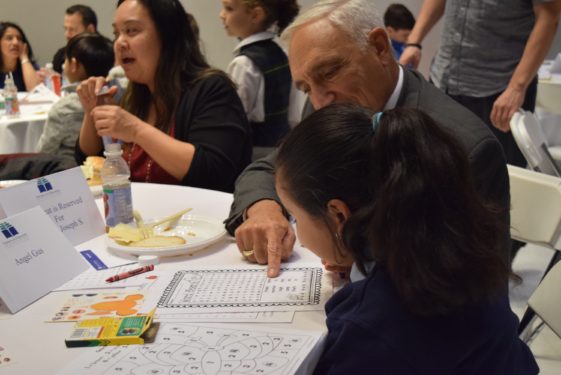 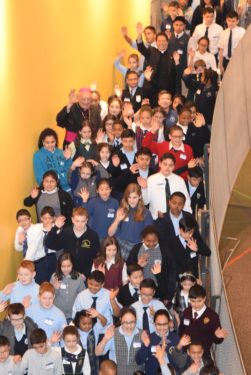 An iconic New York science exhibit hall that catered to the curiosity and creativity of millions of students and their families, held a special reception April 6 for local ‘angels’ as part of the diocese’s Futures in Education’s annual Angel Reception at the New York Hall of Science.

For the second year in a row, Futures in Education, the scholarship fund of the Diocese of Brooklyn, raised $7 million dollars in scholarships for deserving students in low-income families of Brooklyn and Queens to attend Catholic elementary schools and academies.

Bishop Nicholas DiMarzio spoke to the students and their sponsors during the opening ceremony in what he called a ‘wonderful thanksgiving night.’

“You share with us the mission of Catholic education,” said Bishop DiMarzio. “We want to give you a quality education, we also want to give you a value-filled education so that when you graduate grammar schools or high schools, you’ll understand the world better because of the values that they give you and that’s so important as part of education.”

The exhibit hall, surrounded in its decadent wave of stained-glass blue windows, held more than 400 guests for an evening filled with food, a photo booth and quality time for sponsors to meet face-to-face with their students. The sponsors who subsidize a portion of a student’s tuition are referred to as ‘Angels.’

Gustav Sengenberger, a parishioner at Blessed Virgin Help of Christians, Woodside, said he might have missed the opportunity to become an Angel if he didn’t read about the program in The Tablet.

“I read it and I thought, ‘why not help support?’ said Sengenberger.

That was eight years ago. Since then, his students graduated St. Adalbert Catholic Academy, Elmhurst. So he decided to sponsor five more students.

“Fortunately I’m very happy doing it and I can afford it,” he said while gathered around a table next to the family of one of his students from Holy Family Catholic Academy, Fresh Meadows.

Yet more than providing just financial support, angels also invest in their student’s confidence to succeed, which resonates into the lives of other family members.

For Eleonora Marchan, the impact of the program has allowed both of her children, David and Julianna, to attend the same school that she graduated from, St. Sebastian Catholic Academy in Woodside.

“As a single parent, tuition is hard and it’s a big sacrifice,” said Marchan. “Although I live with my mom and help with the family, it’s always important to give your child at least a good education, a good platform and foundation when it comes to religion and faith in a time we’re living in.”

Sitting at a table beside her smiling second grader, who was spending most of her time solving a word puzzle, she credited the program as a stronghold during a difficult time in her family.

“We moved around a few times after the divorce and (Julianna) never changed schools and I think if you give a child that stability, it’s something they can hold onto.”

Msgr. Jamie Gigantiello, diocesan vicar for development, emceed the evening event. He gathered members from the foundation’s board of directors, including Joseph Sciame and John Loconsolo, and as well as the Superintendent of Schools, Dr. Thomas Chadzutko, and presented the bishop with a check for $7 million dollars toward scholarships. That amount will sponsor the nearly 450 students enrolled in the program who need financial assistance.

Receiving more than just scholarships, Sandra Custodio and her daughter Daisy, a seventh grader at Mary Queen of Heaven Catholic Academy, Old Mill Basin, have a special bond with their Angels, since having the same sponsors since Daisy was in the second grade. Custodio hoped the relationship between her daughter and her two Angels will go beyond the classroom.

Student speaker Jhana Lopez was nervous about meeting her Angel for the first time. It was her turn to close out the night with a speech about her experience at Queen of the Rosary Catholic Academy, Williamsburg.

Before Lopez approached the podium, her mother Dallara Gonzalez proudly watched as her daughter spoke about the gratitude that comes with having someone who believes in her success, but also about how she’ll be attending Christ the King H.S., Middle Village, with the memories of being a part of a ‘big family’ that went to church together every month.

“Angels are important to those of us who have them,” said Lopez. “At this time I want to thank my angel who has really helped my family with tuition. Although I may barely know my angel, I thank you so much because you barely know me but you help me to be in a great school.”