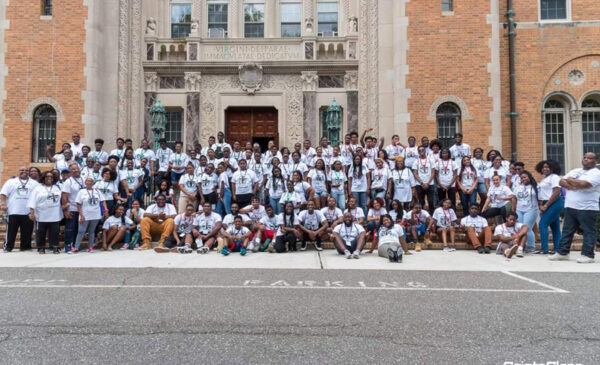 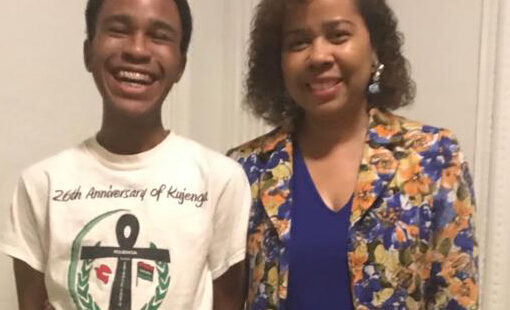 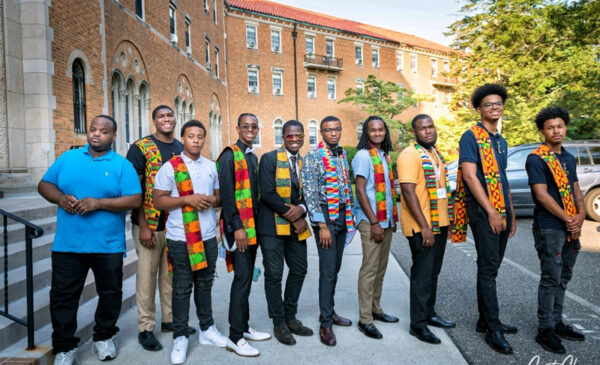 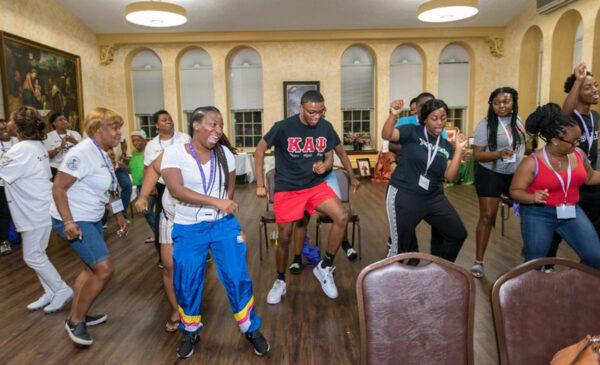 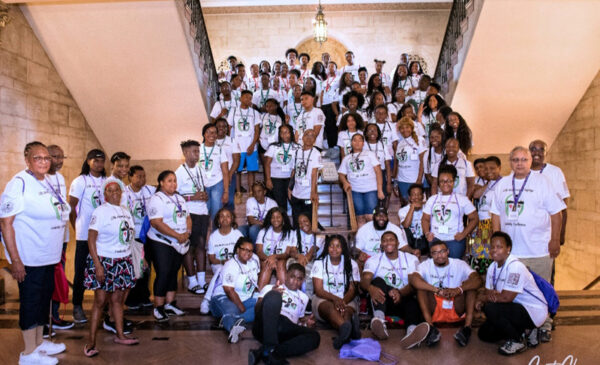 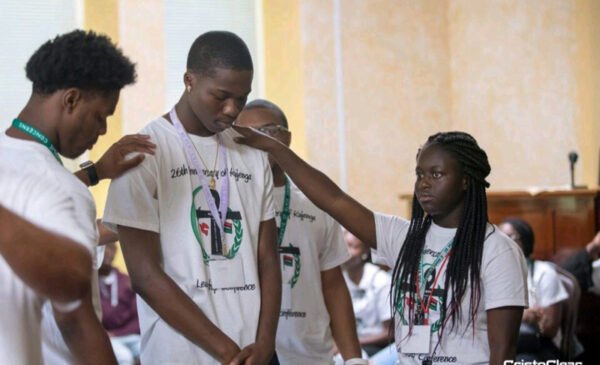 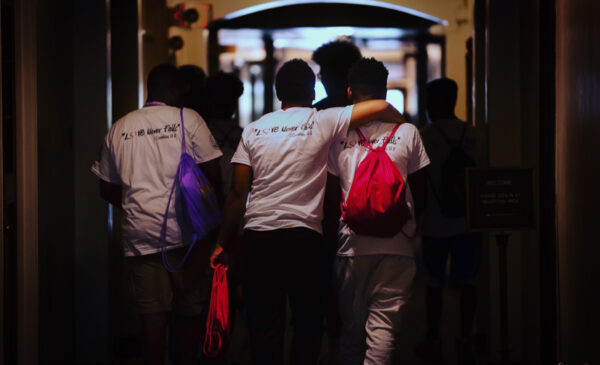 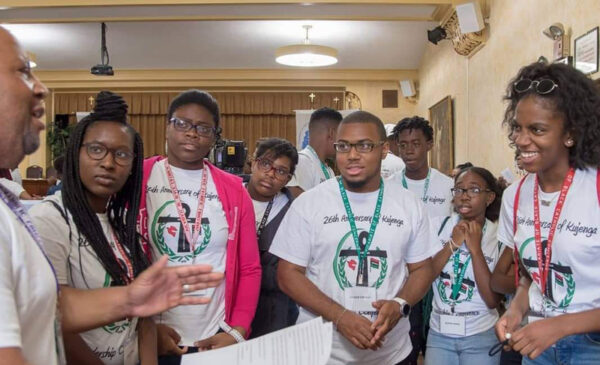 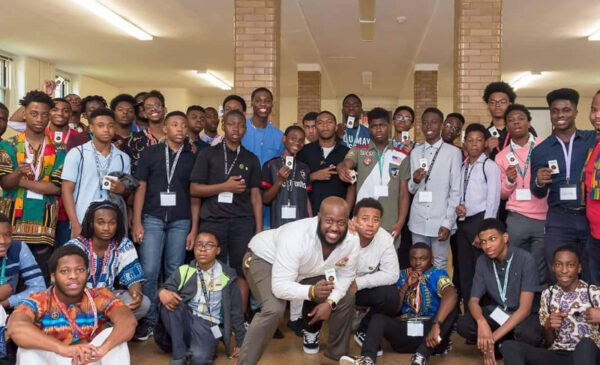 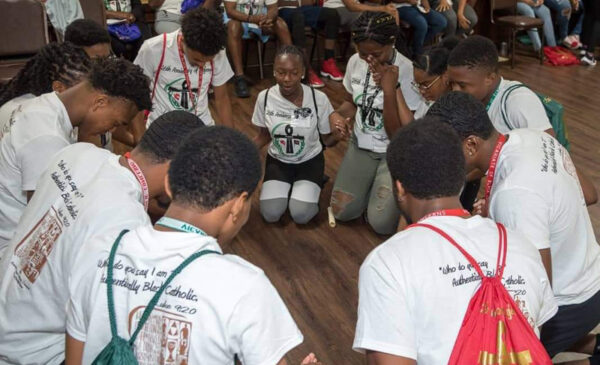 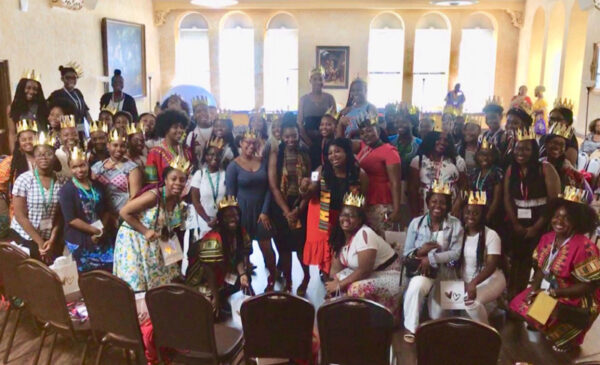 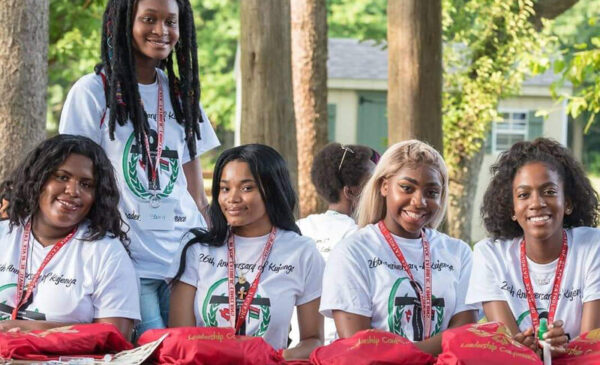 PROSPECT HEIGHTS —  Growing up in Queens and receiving a formal Catholic education all her life, Sandy Thomas-Nicolas understood and completed the assignments that integrated academics and faith.

Whether it was successfully memorizing the “Our Father” prayer or the “Sign of the Cross” as a young girl at St. Gabriel’s School in East Elmhurst, or getting A’s in religion and chemistry classes as a teen at St. John’s Preparatory School in Astoria, Thomas-Nicolas could say she had knowledge of her faith at her fingertips. That was, until she realized — around the time of her junior year at Prep in 2005 — that she didn’t.

“I was definitely on the fence of wanting to change my religion, wanting to basically become a Baptist because I did not see myself in the Church,” Thomas-Nicolas said. “I did not feel that we were wanted. Not only being a youth, but also being a black youth in the Church.”

At the time, her Protestant friends empathized with her feelings and suggested she join the Baptist church. But while she contemplated what could have been a life-altering change, something else happened: she decided to attend her first Kujenga retreat at the Immaculate Conception Pastoral Center in Douglaston, Queens, the summer before her senior year.

“That changed my life,” she said. “Kujenga saved my faith.”

Thomas-Nicolas said that weekend at Kujenga was the first time she was exposed to knowledge about prominent black Catholic figures in the Church such as Venerable Pierre Toussaint, the former Haitian slave on the road to sainthoood; and the first black priest in the U.S., who was also a former slave, Father Augustus Tolton. Kujenga is formed into three core groups: the Ankh Group (ages 14 to 15), the Sankofa (16 to 17) and the Dove (17 to 18).

On Kujenga weekends, the groups of young boys and girls break into groups and dive deep into the foundations of their faith through a variety of activities, including small group discussions, a talent show, a Mass and praying the rosary together. They are encouraged to understand their faith so they can proudly profess how they are “authentically black and authentically Catholic.”

What alumni like Thomas-Nicolas, Father Dwayne Davis, the pastor of St. Thomas Aquinas Church in Flatlands, and countless other black Catholics in the Diocese of Brooklyn experienced through Kujenga came through the initiative of a black priest who was initially turned away from seminaries because of his race: Father Martin Carter, a Franciscan Friar of the Atonement.

In 1977, while ministering as a high school teacher in Chicago, Father Carter founded Kujenga — which in Swahili means “to build” — as a leadership training program that emphasized young people’s positive identities and gifts. He took Kujenga with him to Brooklyn in 1995 and led Our Lady of Victory Parish in Bedford-Stuyvesant for years until he retired.

Until he died on Dec. 25, 2021, at age 91, the priest would call at least once a month to coordinators of the Kujenga program in Brooklyn and ask — “What are we doing for the youth?”

“Father Carter has always been an intricate part in what we were doing,” Thomas-Nicolas said. “He was making sure that this was something that lasted, not because of his name, not because he created it, but because of what it brought the youth and the community. That was his goal.”

For more than 20 years in the Diocese of Brooklyn, the Kujenga Youth Leadership Conference, sponsored by the Vicariate of Black Catholic Concerns (VBCC), has brought together youth from parishes in Brooklyn and Queens and beyond. But like many other church ministries, the pandemic brought the retreat to a halt in 2020.

Sharon Palmer’s son Jaden Ellis attended his first Kujenga retreat in 2018. He liked it so much that he returned the following year and hopes to complete the program and give back to the community. Palmer said she understands that COVID precautions have placed limits on the event, but still wishes for some kind of spiritual nourishment for her son during their time apart. And because she knows first-hand how Kujenga empowered and encouraged her son’s faith, she isn’t losing hope in the program’s future.

“I hope that the current priests in the diocese will promote it,” Palmer said. “Because I don’t know how much promotion it gets in the different parishes. Hopefully Bishop Brennan promotes it.”

Palmer said those who will carry the torch and keep the program alive also include the diocese’s black Catholic leaders like Father Davis, Father Alonzo Cox and other youth ministry leaders. Father Cox recalled his numerous conversations with Father Carter as a young priest, including pledging to the elder priest that he would continue to build upon the Kujenga foundation he brought to the diocese.

“So many of our Black youth went through the Kujenga retreat and they just continue to reap the rewards of it and get involved in the life of the parish,” Father Cox said.

This summer’s 2022 Kujenga retreat is in the planning stages. It won’t be a full, robust event at the seminary in the Diocese of Rockville Centre like in years past; instead, it will be held  in-person at Our Lady of Victory Church in Brooklyn. The coordinators aim for a full day Saturday and then a closing ceremony and Mass Sunday, where they will honor those they lost in the past couple years, including Father Carter.

“This year particularly as we gather for Kujenga,” Father Cox said, “would really be important for us to thank him for allowing us to have this retreat and to never allow it to diminish or die. We’re going to keep going and continue to thrive and look at him as the inspiration for it.”

As for Ellis, now a senior at Bishop Loughlin H.S. in Fort Greene, and with only two years of experience with Kujenga, he understands that the torch continues to burn, even with him and with everyone who walks through the retreat doors.

“It’s in the hands of the leaders, even though COVID has caused the flame to flicker,” Ellis said. “I believe Kujenga will come back like a Phoenix; it will reignite and take off.”

Rest In Peace:
Instrumental Supporters of the Kujenga Program Who Passed Away