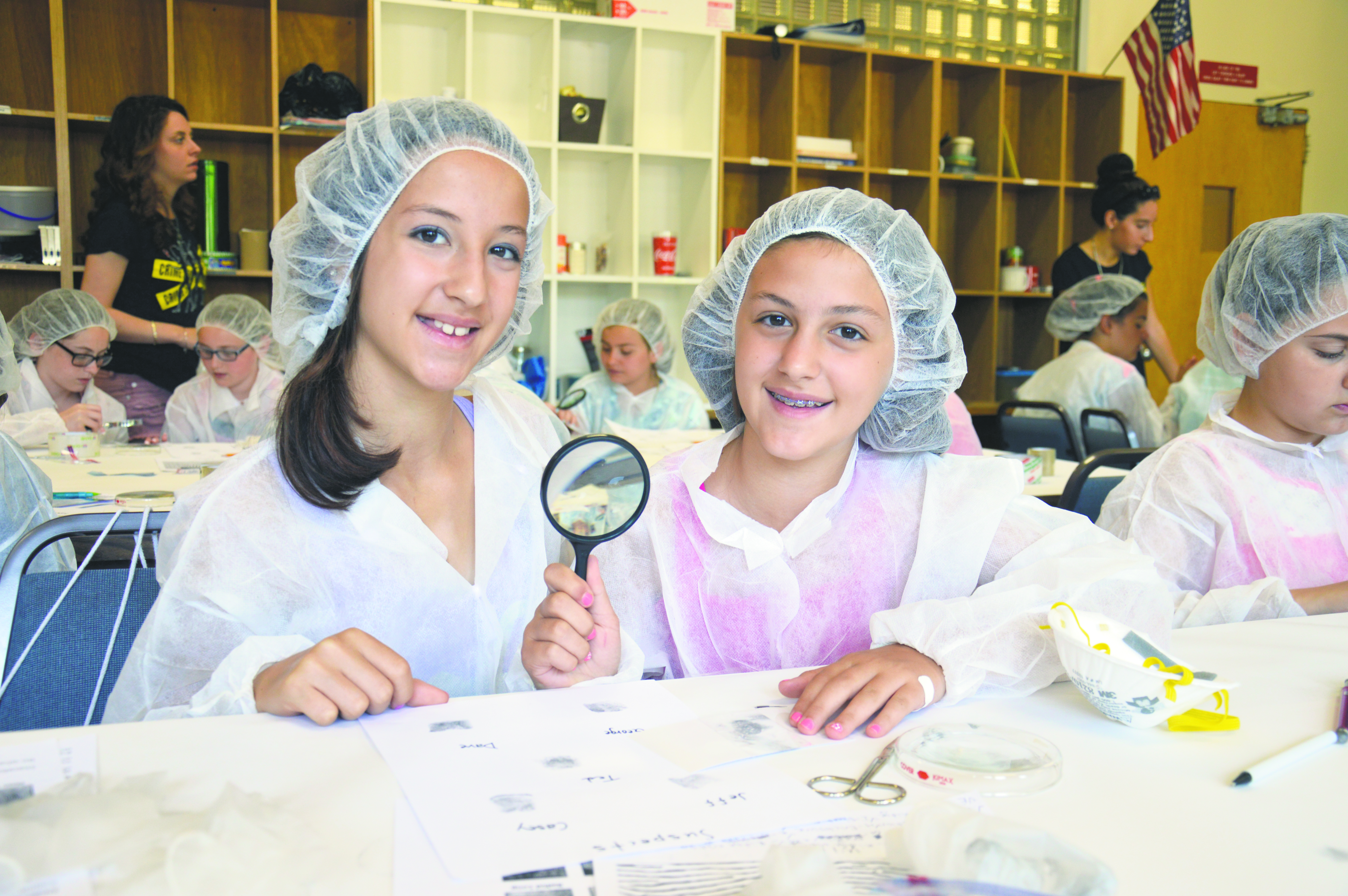 More than 130 seventh- and eighth-grade girls from elementary schools in Queens took part in Summer Fest 2014, an academic enrichment program at The Mary Louis Academy, Jamaica Estates. Begun in 2007, Summer Fest provides classes in the STEM subjects of science, technology, engineering and math and in liberal arts areas such as creative writing, social studies, art, cooking, foreign cultures and more. The girls did a variety of experiments in chemistry including the study chemical combinations to form polymers. In forensic science, the girls learned techniques of fingerprinting and evidence analysis, and in biology, they dissected frogs, examining all the organs and comparing them to the human systems. Classes in math provided extra practice and also introduced new concepts of algebra and geometry and even finance and investing. Also featured were first aid/CPR and self-defense classes.