WINDSOR TERRACE — Msgr. David Cassato and Imam Tahir Kukiqi come from different backgrounds but share a strong bond. As NYPD chaplains, they work to serve the spiritual needs of cops and work to foster better relations between police and the communities they serve.

Msgr. Cassato, who is Catholic, and Imam Kukiqi, who is Muslim, are proof that emissaries of different faiths can work together and, in doing so, serve as examples to others.

“In the police department, I always say we chaplains come in all sizes and shapes,” said Msgr. Cassato, pastor of St. Athanasius Church, Bensonhurst.

“There is this idea that Catholicism and Islam are different. And the fact is, there’s differences. But there is common ground,” said Imam Kukiqi, leader of the Albanian Islamic Cultural Center on Staten Island. “The media likes to cover conflict. They are not as interested in aspects of cooperation.”

Msgr. Cassato has been a chaplain for more than two decades. Imam Kukiqi, who was appointed in 2019, often turns to Msgr. Cassato and other experienced chaplains for advice on handling sensitive situations. 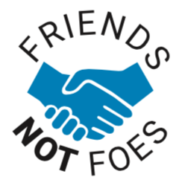 One such situation occurred on April 27, when Police Officer Anastasios Tsakos was struck and killed on the Long Island Expressway. The driver who hit the officer, Jessica Beauvais, 32, of Hempstead, Long Island, was later charged with vehicular manslaughter and DWI.

Before he visited the headquarters of Highway 3, the unit where Tsakos worked, to offer condolences, Imam Kukiqi called Msgr. Cassato for guidance.

In addition to offering spiritual comfort and guidance to police officers and their families in times of violent tragedy, the chaplains also work to prevent police suicides.

“We’ve been going out talking to all the cops in all the different precincts to make sure they know the value of life,” Msgr. Cassato said. “We urge them to take care of themselves. I always tell them, ‘If you have an issue, talk to your chaplain.’ And I always try, as I know Imam Kukiqi does, to bring a little humanity to the situation.”

There are lighter moments, too. Msgr. Cassato and Imam Kukiqi often run into each other at NYPD functions and interfaith events and enjoy sharing a laugh or two about sports or life in New York.

“We talk about baseball,” Msgr. Cassato said. “And we joke around about life in New York and the crazy things that happen in this city. He lives on Staten Island. I live in Brooklyn. We talk about people moving from Brooklyn to Staten Island.”

“We used to run into each other before I was a chaplain,” Imam Kukiqi said, remembering that one of his favorite memories was when he attended the unveiling of a statue near St. Athanasius Church.

“We have so many interfaith gatherings and at one of them, in 2016 I believe, there was a statue of Mother Teresa unveiled next to his church.” the Imam said.

He remembers he was happy to be there for many reasons — including the fact that Mother Teresa was Albanian.

One thought on “NYPD Chaplains Share Laughter, Tears as They Bond Over Life in New York”