Pope Francis spent six days in September in the United States, with stops in Washington D.C., New York and Philadelphia. 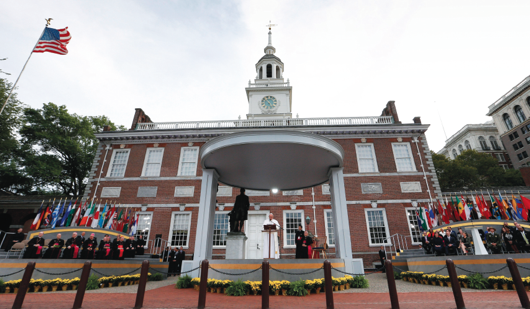 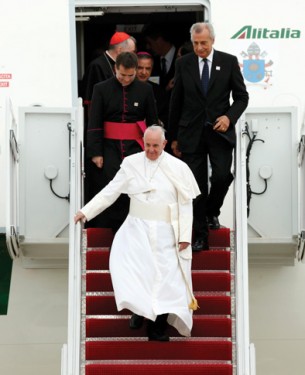 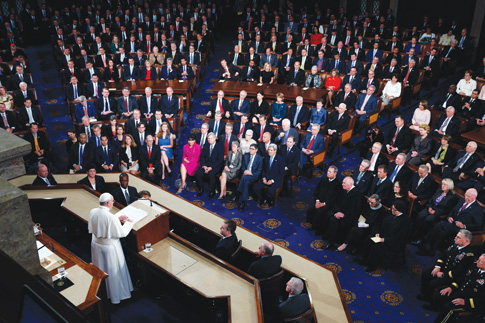 The Holy Father delivers an address from Independence Hall in Philadelphia Sept. 26… The pope arrives in Washington’s Joint Base Andrews on Sept. 23… Pope Francis became the first pope to speak to a joint session of the U.S. Congress on Sept. 24. Prior to coming to the U.S., he spent three days in Cuba where he met with President Raul Castro and former President Fidel Castro. While in Washington, he canonized St. Junipero Serra at the Basilica of National Shrine of the Immaculate Conception in Washington Sept. 23. The theme of the visit was “Love is Our Mission” and in each U.S. stop the pope stressed the importance of reinvigorating one’s faith, serving others and living up to the founding ideals of the United States.