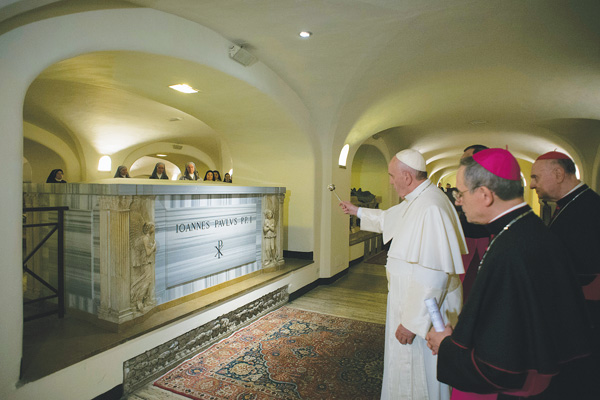 Pope Francis blesses the tomb of Pope John Paul I with holy water in the crypt of St. Peter’s Basilica at the Vatican Nov. 2, the feast of All Souls. It was one of several of his predecessors that he visited. Pope John Paul I, born Albino Luciani, served as pope from Aug. 26, 1978 to his sudden death 33 days later. His reign is among the shortest in papal history, resulting in the most recent Year of Three Popes, the first to occur since 1605. Prior to his election, he served as Cardinal-Archbishop of Venice, Italy.