As they prepared for finals, AP exams and summer vacation, students at Fontbonne Hall Academy, Bay Ridge, also took the time to engage in the Christian spirit of Charity.

The school community braved the strong winds off of the Narrows for their yearly walkathon, which raised nearly $36,000. The money raised was split up into three budgets.  The first of which is used for transportation for school clubs and activities.

The rest of the money was donated to help two young men.

John Kane was injured in a diving accident during the summer of 2011. The robust 26-year-old athlete sustained a spinal cord injury which left him paralyzed and on a ventilator. Over the intervening months, therapy has enabled him to breathe on his own, but his life in a wheelchair requires expensive modifications to his living space as he struggles to regain an independent life. The academy has designated a percentage of the proceeds to assist Kane in his rehabilitative efforts.

Vincent Eaton, younger brother of a Fontbonne alumna, has been limited by Multiple Hereditary Extoses Syndrome (MHE), a rare genetic bone disorder which has caused him to develop hundreds of tumors. This Xaverian H.S., Bay Ridge, student’s own efforts at fundraising for the MHE Research Foundation came to the attention of the walk-a-thon committee, and a percentage of the funds raised will be donated to the foundation in Eaton’s name.

Senior Chelsea Harris said Eaton’s cause inspired her during the walk-a-thon.

“It’s very dear to us seniors because most of us know him,” she said.

Sister Dolores F. Crepeau, C.S.J., principal, said this concern for those outside of the Fontbonne community is what the walk-a-thon is aimed to foster.

“It helps the students to truly experience our mission of unity and inclusive love,” she said. “It’s important to be balanced. While academics are important, we are a holistic school dedicated to spirituality, intellectuality and social responsibility.” 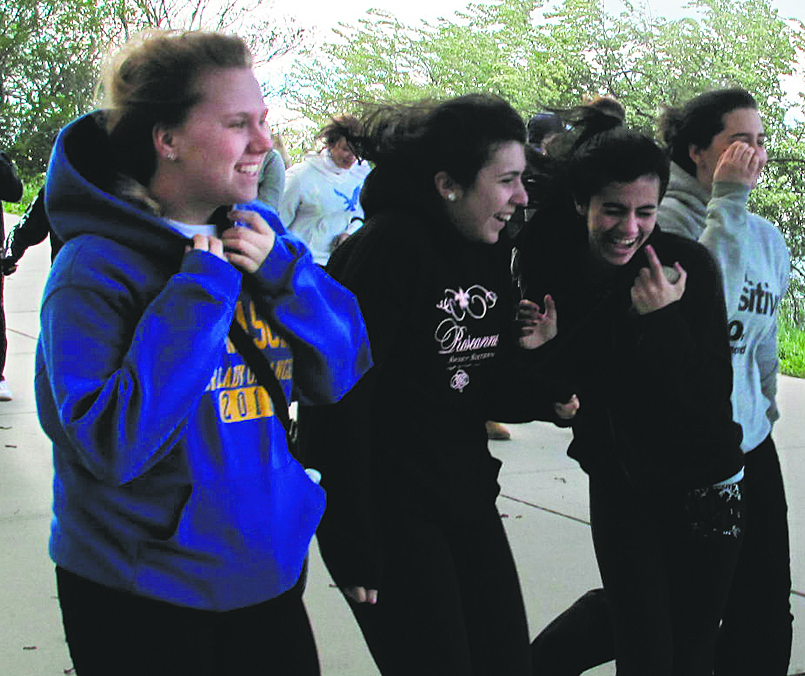