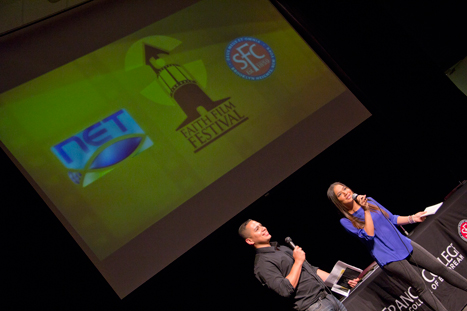 The NET held its second annual Faith Film Festival at St. Francis College, Brooklyn Heights. Seven finalists from the The NET series were screened.  Above, Will Fonseca, producer, and Lorena Jorge, host, kick off the awards ceremonies. Below, they present Steve Brio, lead actor in “Hero” with the Lighthouse Audience Award and Light Vision Award. The film “Stained” about the reunion of a husband and wife separated by the Holocaust, won the Golden Lighthouse Award, and Lighthouse Lens Award. 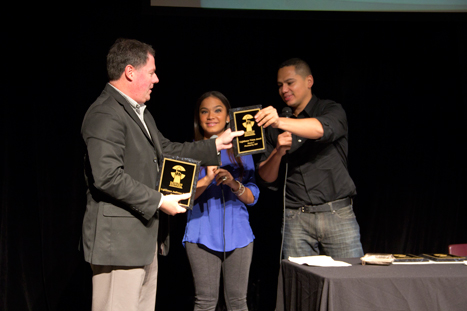