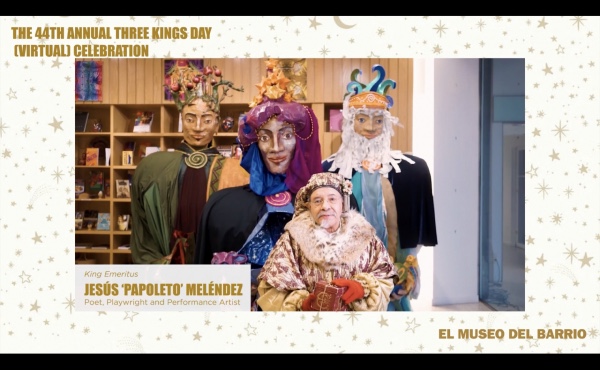 Since 1972, El Museo Del Barrio has presented the Three Kings Parade in East Harlem on January 6, as well as other educational and public programming with the purpose of keeping the Three Kings traditions alive. (Photos: Screenshot courtesy of El Museo del Barrio) 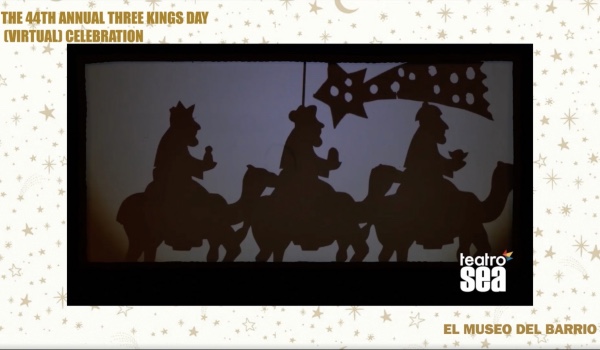 According to legend, each king brought an offering to the infant Jesus that came from his respective homeland. King Gaspar brought incense from Asia; King Melchior brought gold from the Middle East; and King Balthasar brought myrrh from Africa. 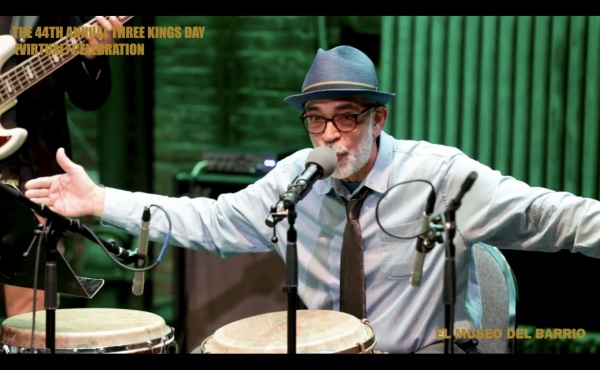 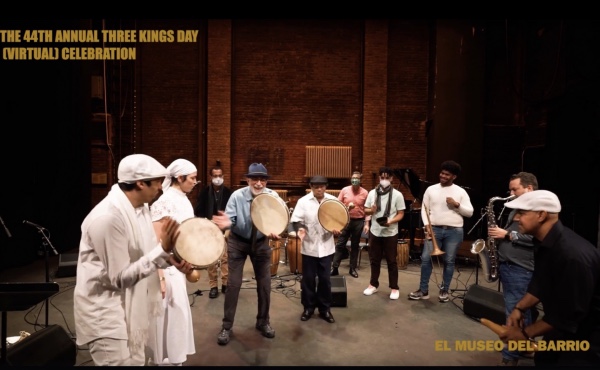 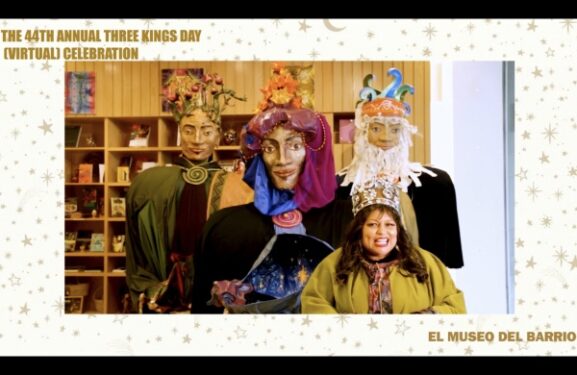 TV-personality and producer Rhina Valentin, host of El Museo del Barrio's 2021 Three Kings Day Virtual Celebration, with the puppets that have been featured in the annual parade since 2009. 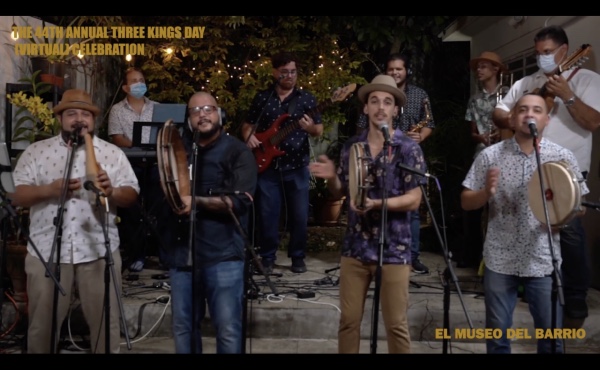 WINDSOR TERRACE — The Epiphany, observed on Jan. 6, commemorates the biblical story of the wise men who followed the star of Bethlehem to bring gifts for the infant Jesus. Usually, thousands attend and participate in El Museo del Barrio’s Three Kings Day Parade, wearing colorful capes, crowns, and costumes. This year, a virtual celebration took place without a parade — keeping festivities and traditions alive in people’s homes during one of the most joyous feast days of the season.

The museum’s 44th annual celebration was named “Fuerza Colectiva: Celebrating our Roots and Diversity” to honor and embrace the museum community’s collective strength in response to the pandemic and injustice, as well as the cultural contributions of the African diaspora. El Museo del Barrio honors the three widely recognized kings — Melchior, Gaspar, and Balthasar — and their contributions to the Hispanic diaspora.

“The glory of the Three Kings celebration is to consider that each and every one of us is a Christ child, full of love and compassion for every soul on Earth; to love life and to love living life, and to see each other as a true sister and brother in spirit,” Meléndez said.

El Museo del Barrio presented a unique, hour-long presentation for schools and families during the morning of Jan. 6. Children were encouraged to wear their own crowns and make music as they learned more about the Three Kings Day and Latin American customs and traditions through storytelling, puppetry, and musical performances. Juan J. “Juango” Gutiérrez, founder of performing arts organization Los Pleneros de la 21, led a workshop to explain the evolution of the “aguinaldo de parrandas” (door-to-door caroling) tradition and its featured instruments.

The celebration continued later in the evening for all ages. From San Juan, Puerto Rico, Grupo La Recompensa performed parrandas with Beto Torrens. Actor and comedian Victor Cruz’s animated character Tita explained the story of the Three Kings and some customs celebrated by Latin American families on Jan. 6.

Dr. Félix V. Matos Rodríguez, Chancellor of the City University of New York, who was nominated as one of this year’s honorary kings, spoke about how Three Kings Day holds a special place in his heart. He recalled how, as children, he and his brother would always leave water and grass-filled shoe boxes underneath their beds for the kings’ camels on Jan. 5, anticipating the arrival of the Three Kings on Jan. 6. Rodríguez and his brother would find regalos there the next day.

“I commend El Museo del Barrio for keeping hope alive in what has been a very, very difficult year for all of us here in New York,” Rodríguez said. “I couldn’t think of a better way to begin the New Year and 2021 that we’ve all been waiting for with such enthusiasm.”

Throughout the presentations, viewers could also see El Museo del Barrio’s puppets in the background as TV-personality and producer Rhina Valentin hosted the festivities. The museum’s larger-than-life puppets of the Three Kings, designed and made by artist Polina Porras Sivolobova in 2009, continue to be one of the parade’s main focal points.

“The parade usually happens no matter what, even when it’s raining and snowing. So, when the El Museo del Barrio announced it would be held online, it felt strange to not be there with my giant babies,” Porras Sivolobova said, adding she normally would’ve been in East Harlem by December to do retouches and repairs on the 14-feet-tall, paper maché puppets.

“I’m so happy the celebration could still happen, and it means so much to me that the puppets would still be there. I’m sure people will miss seeing the parade, puppets, other artists, madrinas, and padrinos. But, hopefully, everybody will be back on the street next year.”