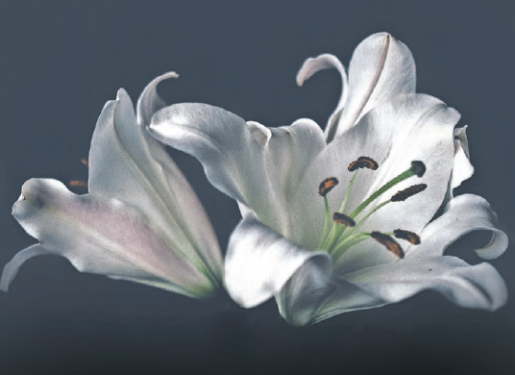 PROSPECT HEIGHTS — Once a loved one dies, perhaps the biggest question becomes: What is an appropriate funeral, and how should it be carried out? In some cases, that question has been addressed in advance, but in other cases, it hasn’t.

A 2015 Harris Poll reported that 89% of respondents acknowledged the importance of pre-death funeral planning, while 69% said they would prefer making those decisions themselves.

The nationwide online poll surveyed 1,238 U.S. adults aged 40 and over, and 305 U.S. adults aged 20-39. Some 74% of respondents who confirmed making early funeral arrangements said they got peace of mind knowing their actions would help limit costs and stress for friends and family.

But only 17% said they had completed those plans, according to the poll conducted in partnership with the Funeral and Memorial Information Council.

“We run into this a lot,” said John Heyer, a funeral director at his family’s business, Scotto & Heyer Funeral Home of Brooklyn and Staten Island.

He said people put off conversations about their funerals because they’re uneasy contemplating death, while others trivialize such matters.

“Let’s say they don’t have a surviving spouse or children,” Heyer said. “Then the question becomes, ‘Well, who is going to make these decisions now?’ ”

The “potter’s field” — a burial site for unidentified, unclaimed, or indigent people — can become the final resting place for people without arrangements.

“I have a fairly good number of pre-arrangements and pre-plans,” Heyer said. “But I would say that still doesn’t amount to 20% of the overall business. It is a shame because it’s so much easier.”

Heyer added that pre-planned arrangements ensure a Catholic person’s wishes comply with their faith’s funeral rites. But there are options.

A Mass of Christian burial should take place in the parish church. Although, a funeral liturgy outside the Mass can be held in the funeral home.

Finally, the Rite of Committal happens at the burial or interment site. Examples: a graveside, a mausoleum, or a columbarium for cremated remains.

At each step, the Church suggests numerous prayers for the deceased, but also to comfort their survivors.

The many options prompt Catholics to specify their wishes, but a pre-arranged funeral plan assures compliance.

“These days, you have people who are daily communicants, devoted to the Church,” Heyer said. “But their family, including their children or grandchildren, are not. They don’t want to sit through a Mass. It’s not what they do. Meanwhile, grandma did it every day of her life.”

But with pre-planning, her funeral can unfold as she hoped, Heyer said.

Heyer said the planning process begins with one fundamental question — “Do they want to be buried or cremated?

“The rest of the questions flow from that,” he added.

Choices to Be Made

For burials, people must select a casket. In addition, they must choose burial above or below ground. Options are gravesites, mausoleums, or vaults.

Catholic rules on cremation require placing all the ashes in a proper niche, like those offered at a columbarium, not divided among loved ones or scattered in different places.

“What a funeral director needs to do and what has to be done at a cemetery should be looked at as two completely different things,” Nicodemo said.

A rare exception is a family that needs to prepare for immediate burial, so they might ask the funeral director to help arrange the resting place, Nicodemo said.

The diocese has four large cemeteries — two in Queens, one in Brooklyn, and another in Farmingdale on Long Island. It also manages a few smaller cemeteries that are attached to parishes.

But pre-planning allows a person to seek preferred options, such as a spot near a road or entrance, Nicodemo said.

“The proper thing to do is to look for a site before there is a need for it,” he said. “This way, families can select from the many options a cemetery has.”

Catholic Cemeteries also funds the Bereavement Services program offered by Catholic Charities of Brooklyn and Queens, which helps grieving survivors regardless of faith or culture. It also helps with burial arrangements for indigent Catholic Charities clients.

Consumer protection is another advantage of pre-planning and pre-paying, Heyer said.

He said that funerals in Brooklyn generally cost between $7,000 to $14,000. But according to state law, the funeral director may not take control of pre-paid funds.

Instead, the money goes into the trust where it “actually accrues interest,” Heyer said. He works with the “PrePlan Funeral Trust,” administered by the New York State Funeral Directors Association in Albany.

According to state law, an agreed price can’t grow at the whim of a funeral director.

Increases are allowed only to reflect economic inflation — a possibility if several years pass after sealing the agreement. In such cases, the interest earned by the trust can offset inflation, Heyer said.

With revocable trusts, people can remove the money. But this money is also subject to assets liquidation to cover eldercare costs, like a nursing home.

The New York State Department of Health, through its Bureau of Funeral Directing, regulates funeral directors and investigates rule-violation allegations.

Another advantage to pre-planning is the freedom to shop for competitive prices.

Heyer suggested starting with the website for the New York State Funeral Directors Association (nysfda.org). Its members must adhere to a strict code of ethics to ensure the best care for the deceased and their families.

To confirm if the director is licensed correctly, people can also search the Health Department’s website (health. ny.gov/professionals/funeral_director).

Both sites have sections geared for consumers to help navigate the myriad of fees and other costs of funerals.

Finally, all this planning done in advance may seem expensive and a lot of work, but it could be time and money well spent.