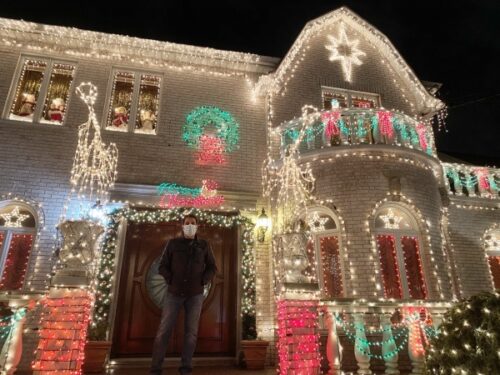 As 2020 comes to a close, Nick Taverniti is bringing needed Christmas cheer to the neighborhood through his elaborate holiday decorating. (Photos: Erin DeGregorio) 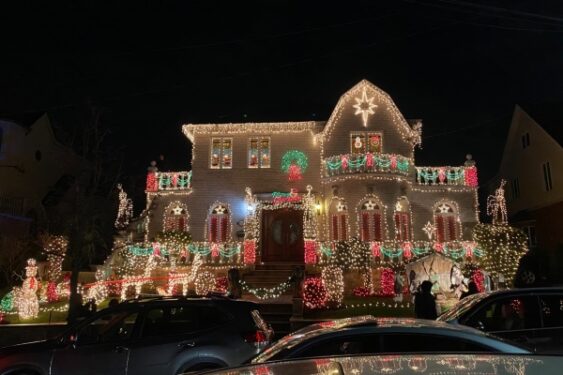 The best time to see the neighborhood's lights and displays is between mid-December and New Year's Day. But some homeowners leave their decorations up until Jan. 6, also known as Little Christmas. 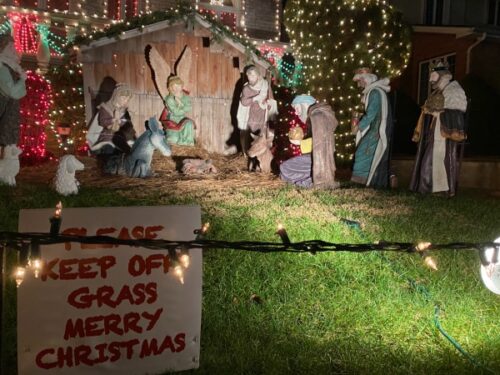 The crèche has always been a staple Christmas decoration for the Taverniti family. 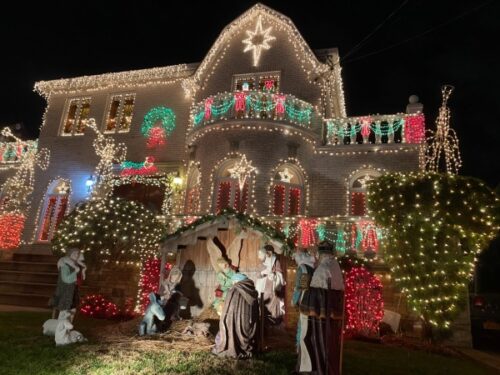 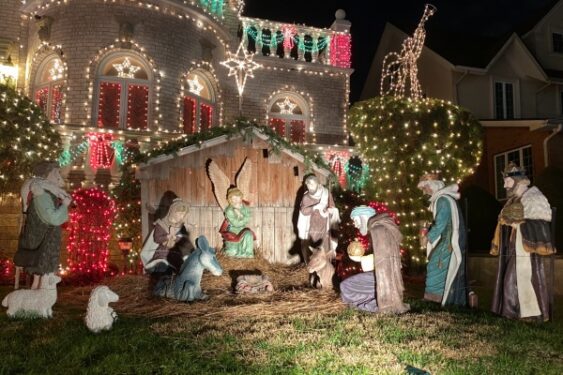 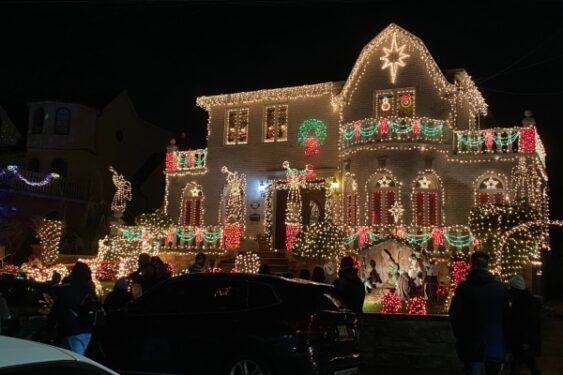 Many locals and visitors took selfies and pictures in front of Taverniti house on the evening of Dec. 12, 2020.

This year, his daughters convinced him to keep their family tradition alive and bring much needed Christmas cheer to the area. Taverniti, unlike some of his neighbors, decorates his huge property without any professional help.

For as long as Taverniti can remember, his family always decorated for the holidays after moving to the neighborhood about 50 years ago. Taverniti still lives in the house he grew up in and has seen the area — and even its Christmas decorating styles — change over the years.

“My father used to do the decorating, but nothing extravagant like how I do it,” he said. “I just took over and ran with it in 1994, the year after my daughter was born. I kept adding and adding, and the decorations got bigger and bigger every year.”

Taverniti’s father used to hang strings of large, teardrop Christmas lights around the house and had a Nativity scene on their front lawn. There, plastic blow molds of Mary, Joseph, infant Jesus, a cow, and a donkey illuminated at night when plugged in. Taverniti said his dad would also build a stable for the pieces to complete the scene.

As time went on, his father added a sleigh, reindeer, and four-feet-tall, trumpet-playing angels, to the collection. Then, when Taverniti took over, he purchased more light-up angels, a snowman, and a polar bear.

In 2020, the Taverniti house features 900 window lights, a plush Santa Claus and his light-up sleigh, four light-up angels, two light-up reindeer, a six-foot-tall star, a five-foot-wide wreath, the crèche, and more. Taverniti has updated his Nativity scene by replacing the blow mold figures with lifelike statues and adding an angel, shepherd, and the Three Wise Men.

“I set up the Nativity for my mother because she always liked that. My mother’s very religious and is always going to church,” Taverniti said, noting that they’re parishioners at St. Bernadette Church. “As a matter of fact, I think I still have those plastic figures. I wouldn’t want to throw them out for that sentimental reason.”

Due to the size of his two-family house and lawn, in addition to doing the work himself, Taverniti has to begin decorating by the second weekend of November. Normally, it would take him about four weeks to adorn the house. This year, Taverniti started on the first weekend of November with his two daughters’ help — shortening the process to three weeks and a day.

“It’s a very hard job because my lights are at another location, and it takes quite a few trips to bring all this stuff home,” he said. “Then, every year, I have to go through every single light bulb, make sure they work, and replace any that have burnt out.”

“The bulbs you can replace, but a lot of the other decorations I have can’t be replaced with an exact replica,” he added.

Once all the lights are checked, Taverniti then has the task of simultaneously lighting them without causing an electric overload.

“It’s not an easy thing to do. You have to be an engineer over here to figure out how to connect all this stuff. It’s crazy,” he said with a laugh. “I have 100-foot extension cords running into the backyard, going in through windows, running through doors.”

“As a matter of fact, I once had too much plugged into my apartment, and it popped the circuit breaker,” Taverniti continued. “So, I had to run another extension cord going into the garage.”

The amount of time Taverniti spends moving the decorations, checking them, and putting them up is probably why other homeowners choose to hire professional help instead.

The Taverniti’s decorations will be taken down beginning Jan. 1, 2021.