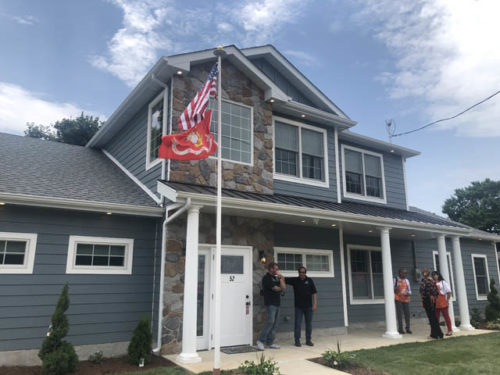 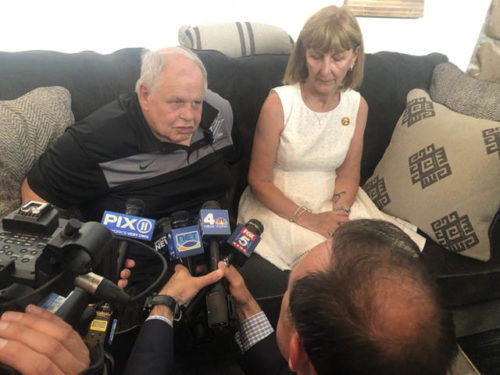 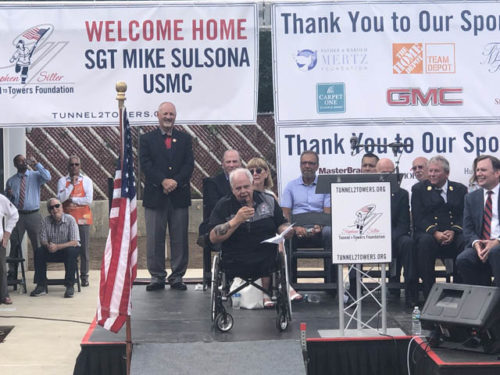 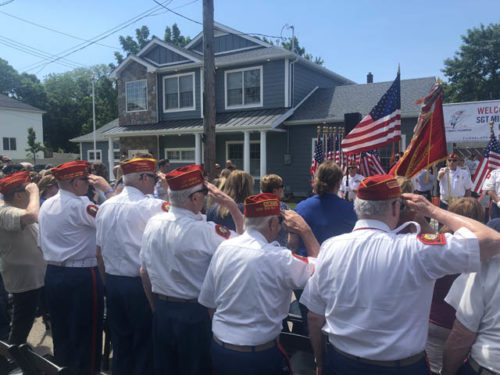 By Allyson Escobar and Tim Harfmann

When U.S. Marine Sergeant Michael Sulsona, a disabled Vietnam War veteran, rolled into his new smart home in Staten Island for the first time, he felt plenty of emotions.

“You always appreciate what you have, you know? But this is like a bonus,” Sulsona said.

On July 2, Sulsona was presented a mortgage-free smart home by the Stephen Siller Tunnel to Towers Foundation. Sulsona serves as an ambassador for the organization, and he’s a mentor to injured service members. It was the first smart home that the foundation has completed.

It had been hard for the 67-year-old veteran to move around in his old home, making it difficult for him to complete daily tasks. Now, Sulsona has wider hallways, mobile drawers in his kitchen and a master bedroom and bathroom on the first floor.

Tunnel to Towers, which was formed after the terrorist attacks of Sept. 11, 2001, raises funds through donations and nationwide events in order to offer financial and home assistance to injured veterans and the families of first responders who lost their lives on the job.

The foundation has started construction or is in the design stage of 85 smart homes so far.

The group was formed by the Brooklyn-based Siller family, who are Catholic. Their brother Stephen, a Brooklyn firefighter, was killed responding to the World Trade Center tragedy. He had finished his shift in Brooklyn and ran through the Brooklyn-Battery Tunnel to help fight the blaze at the WTC.

“As St. Francis said, ‘Brothers and sisters, while we have time, let us do good.’ And today, this was very good,” said Frank Siller, Stephen’s brother and the chairman and CEO of Tunnel to Towers, at the smart home presentation.

“If the 1 percent serve, it’s up to the 99 percent to take care of them. I think it’s a small price for us to pay,” Siller told The Tablet. “This is not charity — when we ask for a monthly donation, it’s because we owe it to them. People have to look at it like that.”

When he was serving in the Vietnam War in 1971, Sulsona, who was on patrol in an infantry unit in central Vietnam, stepped on a landmine. He was severely wounded, and both of his legs had to be amputated above the knee. Sulsona was 19 years old at the time.

For his bravery, Sulsona received a Purple Heart and Bronze Star with Valor. He later graduated with honors from Goddard College with an MFA in creative writing.

The veteran credits fellow injured service members for their words of wisdom that have enabled him to persevere and carry on with a positive outlook, despite his disability.

Sulsona and his wife, Frida, are natives of Brooklyn. They grew up attending Mass at St. Agnes and St. Paul churches in Carroll Gardens. Sulsona says that his Catholic faith plays a huge role in life.

“You’re thankful for what you get, and you’re never going to lose by doing good for someone else,” he said.