Using technology to educate Catholic school children in Brooklyn and Queens was the vision behind what is now known as Catholic Telemedia Network, or CTN, when it launched 50 years ago this week.

Though the technology, media and means have evolved with the times, the mission remains the same: to provide quality instructional materials for Catholic schools in the diocese.

“If it was not for the beginning with educational television, we would not be where we are today,” said Bishop Nicholas DiMarzio, reflecting on the golden jubilee, and CTN’s role as the forerunner of New Evangelization Television (NET-TV).

One of the first and largest diocesan TV systems in the country, the project began under the diocesan Office of Catholic Schools. It was approved by Brooklyn Bishop Bryan J. McEntegart and undertaken by Father Michael Dempsey.

The television production center was based at Bishop Ford H.S., Park Slope, with transmitting stations at The Mary Louis Academy, Jamaica Estates; St. Cecilia, Greenpoint; and the Lefrak Tower on Queens Blvd.

The transmission, school and studio infrastructures were built at a cost of over $1 million, and the system utilized broadcast and closed-circuit television techniques authorized by the Federal Communications Commission (FCC).

On April 18, 1966, the first broadcast was sent out to 240 Catholic school classrooms across the diocese.

Broadcasting began over two – and later four – channels with over 200,000 elementary and high school students in the diocese capable of tuning in via Admiral-brand television sets.

Religious sisters and brothers from various congregations worked as teachers, producers and directors alongside lay professionals to create enrichment programs in various subjects to supplement the regular classroom curriculum.

Sister Barbara Valuckas, S.S.N.D., was a social studies teacher at St. Anselm School, Bay Ridge, when she was asked to report to St. John’s University, Jamaica, for a workshop in educational television.

“Well, I really got hooked,” said Sister Barbara, who now resides in Watertown, Conn., and continues to work in communications as an international consultant for religious orders.

After a training and audition process, she was chosen to be an on-air teacher, creating social studies lessons for fourth graders.

“We kind of learned on the job how to do the work. It was fun,” said Sister Barbara.

“At that time,” she recalled, “there were 12,000 students in fourth grade in the Diocese of Brooklyn.”

Sisters Barbara and Camille used “ingenuity” in planning lessons. They taped a show on a farm in Port Chester, N.Y., to show city children that milk comes from cows, not bottles. For a lesson on Switzerland, they built Alps with plaster of Paris.

“We had great adventures. It was quite an experience, and very enriching,” she said. She also appreciated working with members of other religious communities, which was uncommon at the time.

Shortly after the programs began airing, students started recognizing her in the neighborhood. “Kids on the bus would ask me for my autograph,” she recalled. 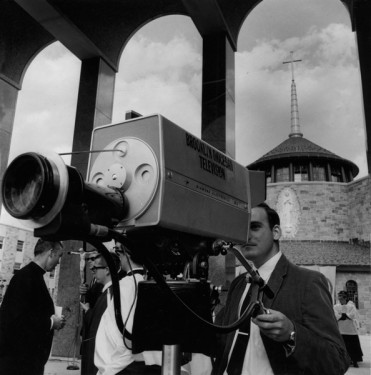 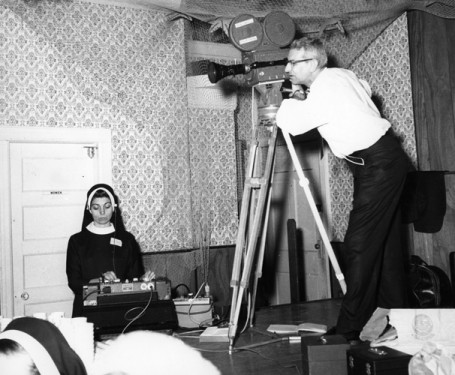 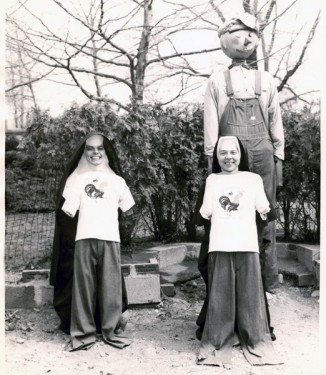 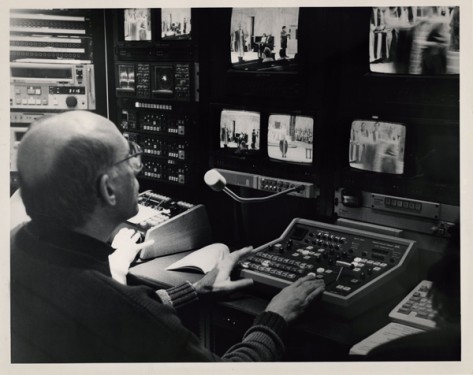 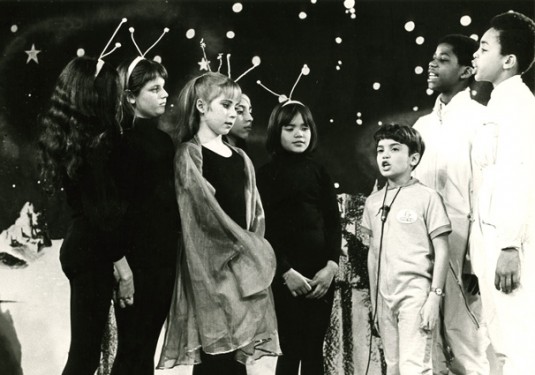 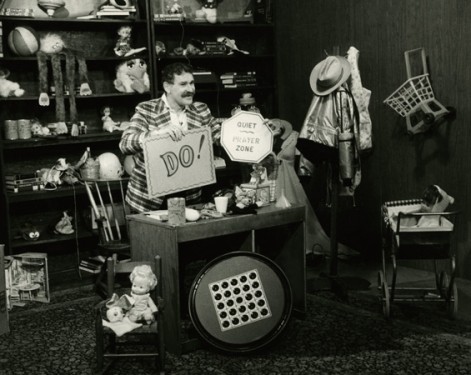 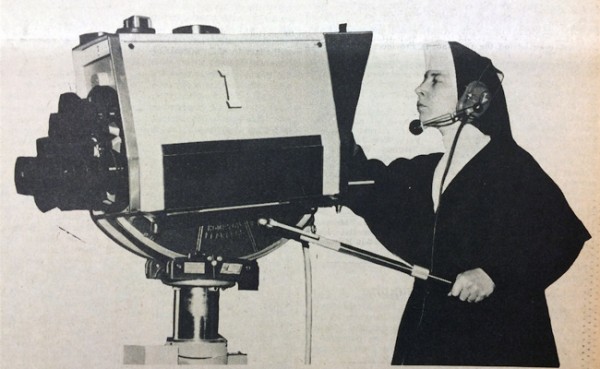 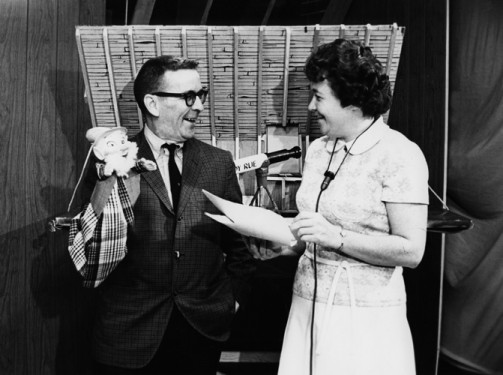 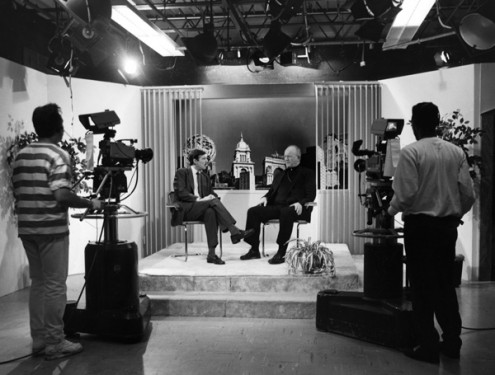 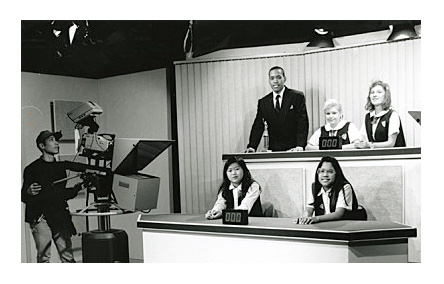 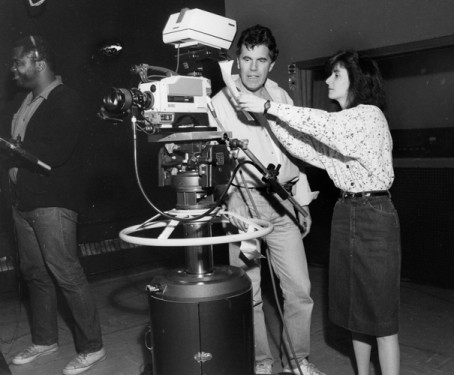 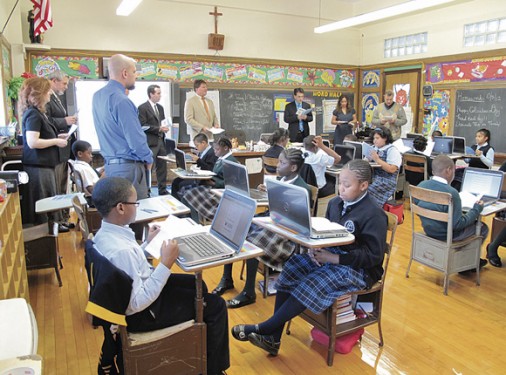 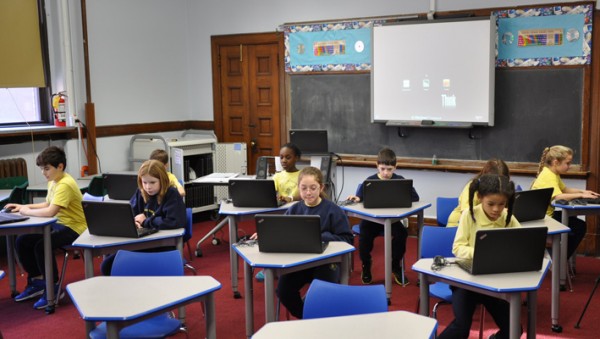 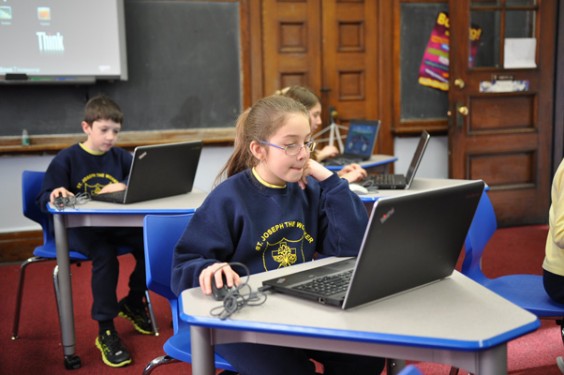 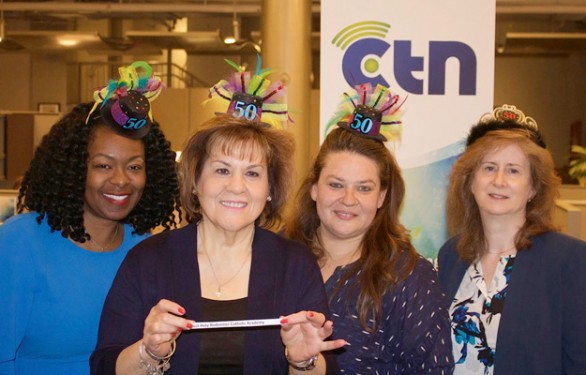 Looking back on those years, she said that being part of CTN taught her “not to be afraid of technology, and to see how it can be used for good.”

Employing technology and this new medium of mass communication for the good was already on the mind of Bishop McEntegart when he dedicated the TV center in 1966. He expressed his hopes for “a new age in the field of adult education.”

Over the next two decades, CTN expanded its outreach and offerings to parishes, hospitals and agencies with broadcasts of diocesan retreats, GED courses for adults and shows for immigrant groups, as well as programs from Catholic Charities and the Propagation of the Faith.

The rise of cable television enabled the local church to realize that “new age” in March, 1988, with the launch of The Prayer Channel.

Brother Michel Bettigole, O.S.F., served as the first program director. When he arrived, the channel was on the air five hours a day, five days a week. Six years later, the channel was running 24/7.

“It was, basically, to be a vehicle for people to discover what was going on in the church in the Brooklyn Diocese. It was a vehicle for parishes and diocesan organizations to explain to people what they were doing,” Brother Michel said.

He introduced the rosary, morning and evening prayer and several programs, including Tablet Week in Review, hosted by Tablet Editor Ed Wilkinson and based on the weekly content printed in The Tablet.

“I was interested in how the network could best serve the needs of the Brooklyn Diocese,” he said.

The Prayer Channel was rebranded as NET-TV in 2008, and incorporated under the umbrella of DeSales Media Group, parent company of The Tablet, three years later.

“Being a part of DeSales has opened us (CTN) up to many more resources,” said Gina Krainchich, who has been with CTN for 32 years. She currently serves as director of educational media services for DeSales Media Group.

“We were a television station in the beginning and with the digital explosion, we now offer all of our services on the Internet through Cloud-based subscriptions.… It’s a great opportunity for us to give resources to teachers that are available 24/7.”

Krainchich accomplishes that with the help of her staff: traffic manager Clara Esposito, and instructional media specialists Laura Hickey and Angela Russell.

An added mission has been facilitating the integration of state-of-the-art wireless Internet and laptops in schools with technology grants and media centers.

Looking to the future, Krainchich is focused on keeping diocesan schools on the cutting edge of education, beginning with upgrading their digital capabilities.

“We have 80-something (elementary) schools in diocese. We want to make sure all of them are able to use technology the way they’re required to and make our schools continue to be competitive in this digital world,” she said.

In honor of its golden jubilee, CTN raffled off a $100,000 media center to the Most Holy Redeemer Catholic Academy, Flushing, on Monday, April 18.

The contest was open to all participating diocesan schools and academies, and the winner was selected at random.