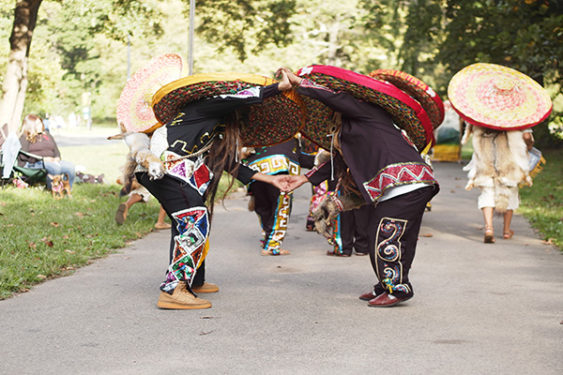 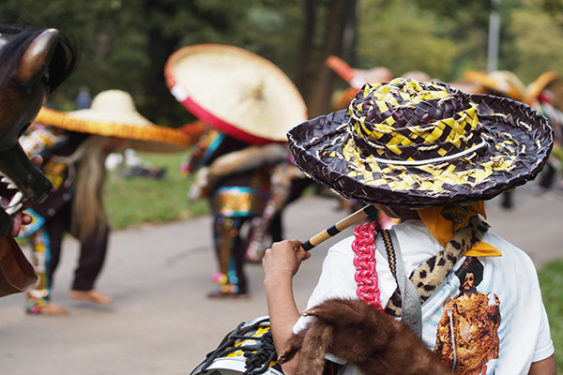 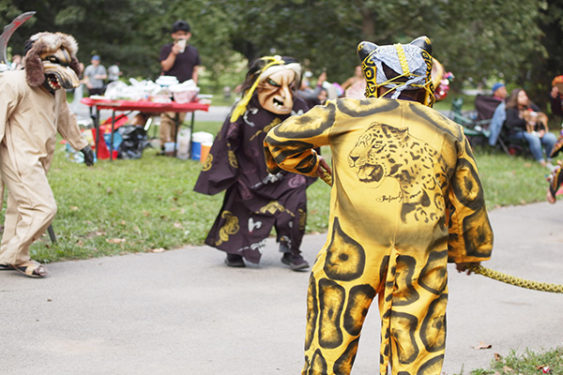 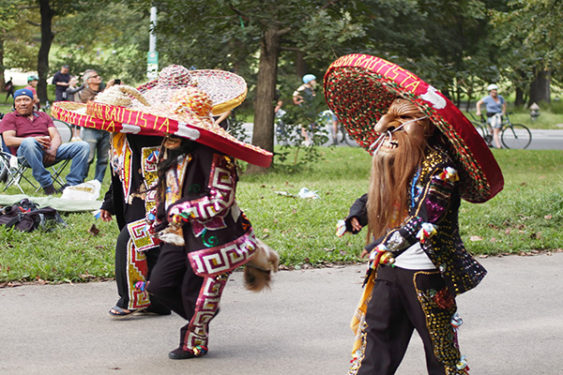 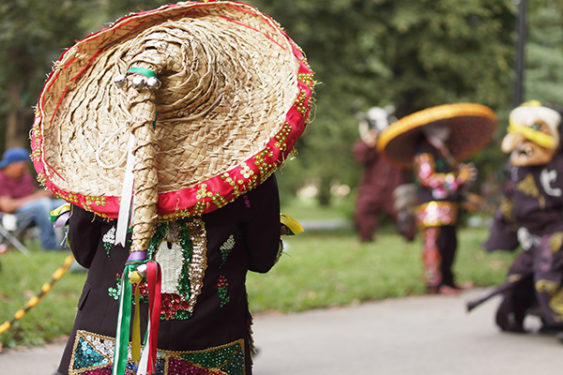 PARK SLOPE — For a few minutes on a Saturday afternoon, Prospect Park became a Mexican pueblo.

The troupe, made up of native Mexicans and their children, began performing in New York City three years ago at street festivals, parks and churches.

In Prospect Park, the performers were clad in bedazzling suits, animal masks and sombreros, as men, women and children moved in rhythm to the sound of a drum and flute.

The dance they were rehearsing tells the tale of townspeople who discover that a jaguar is eating their cattle and gleefully catch it.

“In parts of the towns in Mexico, people didn’t understand why the cows disappeared. So what they did is they tried to catch the one who stole them,” explained Veronica Rosas, a dancer in the group who is originally from Puebla, Mexico.

“Everything you see when we dance: In circles, we dance like a snake, because we are feeling happy about it,” she said. Rosas said she joined the troupe for the community it offers and the homage it pays to her culture and spiritual roots.

“We always celebrate in the church with the Virgin of Guadalupe, St. John, St. Peter, every saint. That’s the way for us,” she said of the dance that gives thanks to the Blessed Mother and the saints in times of good fortune.

Jeffrey Pérez, the troupe’s founder, brought Los Tecuanes de San Juan Bautista from Mexico to New York and has built it into a community. Children from across the city come to Brooklyn to learn the dance.

Unlike similar dance groups in Mexico that are all-male, the New York troupe includes female performers. “It’s fun to dance with the boys,” said Estrella Rosas, 10, who has been dancing in the group for the past six years.

“It’s actually really fun. It just feels like you’re famous or something. I’m so proud of myself for being good and being in this group to dance,” she said.