Following intensive fundraising efforts and an outpouring of financial support, Brooklyn Jesuit Prep, Crown Heights, will reopen its doors this September as a freestanding school. 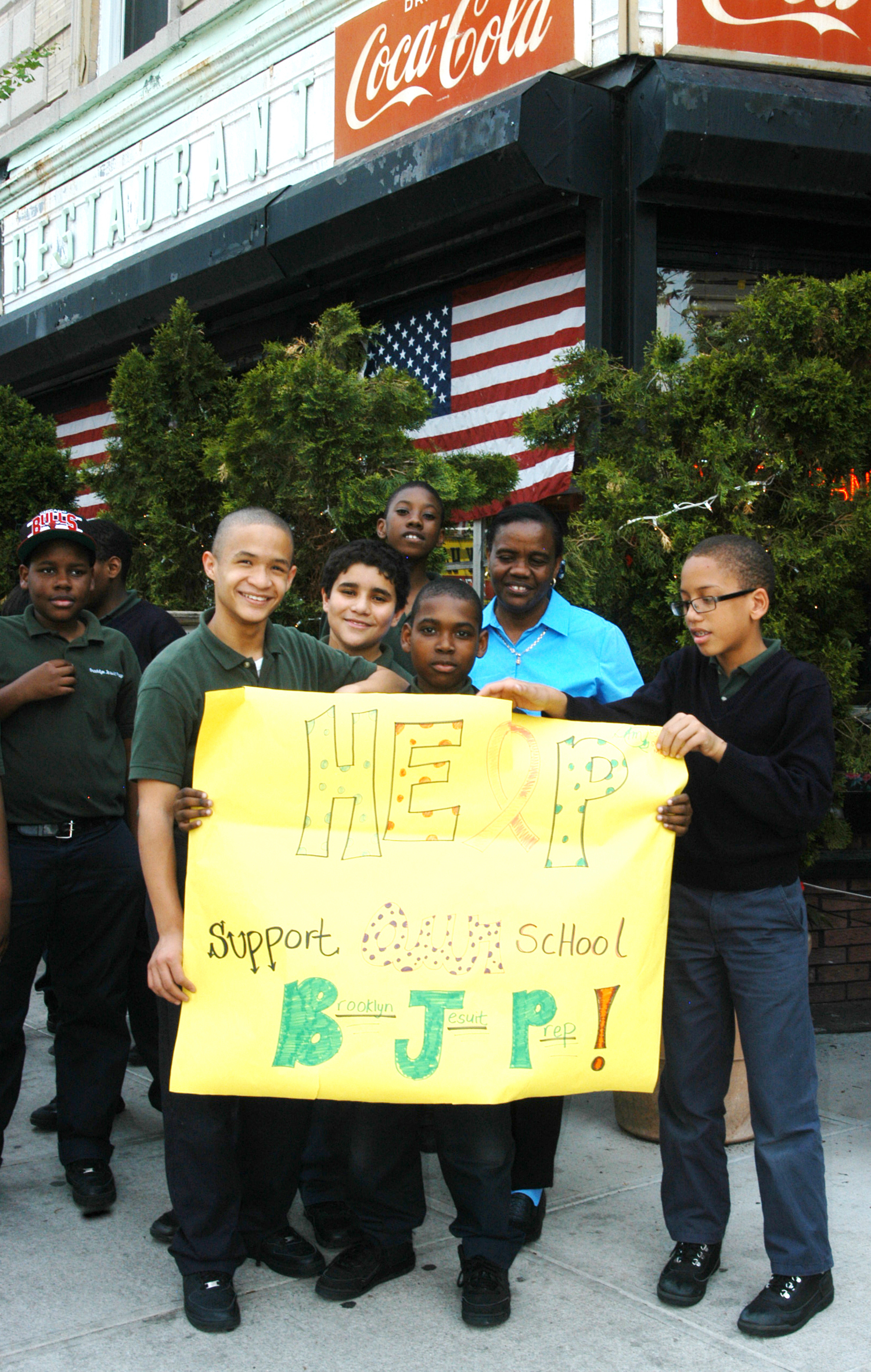 Things looked bleak in early May when New York Nativity, a ministry of the New York Province Jesuits, which has sponsored the middle school for the last decade, announced its financial support would end June 30, citing rising costs of operation and declining charitable donations.

Not ready to close without a fight, the Brooklyn Jesuit Prep (BJP) community embarked on a fundraising campaign to secure $1 million to save the Catholic middle school, which serves low-income families. The school is located in the former St. Teresa of Avila School building.

The school has also raised an additional $82,000 for its annual summer leadership camp at Fairfield University, Conn.

Spearheading the effort to save the school have been Principal Brian Chap and Patricia Gauvey, a retired lawyer, who volunteers as the librarian.

“It’s a special place, and we’re happy to continue,” said Chap, who is entering his third year as principal. “We’ve done enough to open the doors, but we’re not out of the woods yet.”

BJP has retained almost its entire student body and will open with 83 students, including two newcomers, enrolled in grades six through eight for the fall.

But the ability to reopen has not come without sacrifice. To ensure its financial viability, the school had to eliminate its incoming fifth-grade class of 30 students. “It was a hard choice,” Chap said, “but it was better than the alternatives.”

For those fifth graders, BJP will host weekend events during the school year, and those students will fill the first seats for the sixth-grade class in September, 2014.

Although the school will be run independent of New York Nativity, Gauvey said, “We are still going to be Jesuit. The (New York Province) Jesuits have promised their continued support.”

Opened by the Jesuits in 2003, BJP provides a rigorous curriculum, an extended school day, a summer leadership camp and graduate support services to local children from low-income families at a cost of $75 per month. About 95 percent of the school’s operating revenue comes from individual donors and foundations.

Fundraising efforts to save the school have been bolstered by an outpouring of support from the alumni of Brooklyn Prep, a Jesuit high school that closed in 1972. BJP was named in honor of that institution.

However, Gauvey noted, nearly half of the contributions received in the past month have come from new donors, largely neighbors from near and far, who heard about the school’s plight through the media and believe in its mission.

While the school has made great strides, there are challenges ahead. Besides continued fundraising efforts, the school must also assume responsibility for day-to-day operations, including payroll, insurance, teacher contracts and maintenance.

“We have to watch every penny,” noted Gauvey, who said parents have already volunteered to be in charge of cleaning and maintaining the building. “Parents are committed because they realize what they might have lost.”

BJP has also lost some faculty members to neighboring charter schools, but several core teachers have stayed. A former teacher will rejoin the faculty along with three newcomers.

“Our work isn’t finished, but we are delighted to be planning for next year,” Gauvey said.

Those plans will include a celebration in honor of BJP’s reopening and 10th anniversary in Crown Heights. Fund- and friend-raiser events will also be scheduled.

Chap said his main goal is to keep spreading the word and encouraging others to join in supporting the school’s mission so that the school will be sustainable not just for a year or two but for future generations.