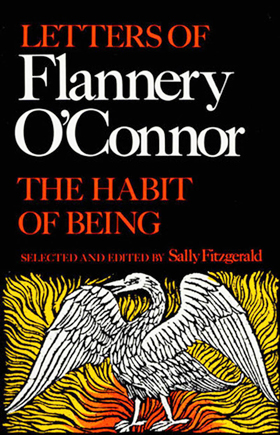 LAST NOVEMBER, I attended a special event sponsored by  Commonweal magazine at New York University, Manhattan. The day was so wonderful that I wish I had been able to tape the entire day, not just the panel discussion but all the private discussions going on among the people who attended. The day was especially stimulating and provocative.
The panel was made up of three authors who I am certain were carefully chosen. I think their work represents some of the best writing that is being done by contemporary American Catholics. The three authors were novelists Alice McDermott, Valerie Sayers and Paul Elie, who wrote the marvelous book, The Life You Save May Be Your Own. As writers they were invited to discuss the question: “What’s Faith Got to Do with It?”
Deterred By Poor Homilies
Each panelist was excellent. Alice McDermott offered an insight from one of Flannery O’Connor’s letters that really spoke to me. O’Connor was responding to a letter she had received and I wish I had been able to make that response many times in recent years to Catholics who have stopped attending the Eucharist because of poor homilies. At least the reason they give for not attending is the poor quality of the homilies.
O’Connor’s letter, written in May of 1956, was in response to a letter from Cecil Dawkins, a female writer and a Southern Catholic, like O’Connor. The general topic that was being discussed was criticism of the Church. There is so much wisdom in O’Connor’s letter that I am hoping to read more of her letters, hundreds of which have been collected in the book, Letters of Flannery O’Connor: The Habit of Being (Selected and Edited by Sally Fitzgerald, New York: Farrar, Straus, Giroux, 1979, $15, pp. 617).
I can recall vividly the experience that I had a few years ago that made O’Connor’s comments so meaningful for me. A Catholic friend persuaded his son, a bright young man who had not only graduated from a Catholic university but had done graduate work at the university, to attend Mass with him. The young man had stopped attending the Sunday Eucharist. Apparently at the Mass the priest gave a poor homily. The young man turned to his father and said something like, “And this is what you want me to identify with?”
When I heard about the comment, I was furious. I wanted to ask the young man what he had done with his life that enabled him to dismiss the priest so abruptly.
The Human Dimension
While commenting on how we should view the human dimension of the Church, O’Connor made the following observation that spoke so powerfully and rang so true to me:
“It is easy for any child to pick out the faults in the sermon on his way home from Church every Sunday. It is impossible for him to find out the hidden love that makes a man, in spite of his intellectual limitations, his neuroticism, his own lack of strength, give up his life in the service of God’s people, however bumblingly he may go about it…” (pp. 307-308)
I find O’Connor’s comment, because it is so insightful and so wise, awesome. Having found this comment that Alice McDermott had mentioned at the Commonweal symposium, I proceeded to read the rest of the letter that O’Connor had sent Cecil Dawkins and found what I think is a profound view of the mystery of the Church.
O’Connor wrote the following:
“All your dissatisfaction with the Church seems to me to come from an incomplete understanding of sin…what you seem actually to demand is that the Church put the Kingdom of God on earth right here now, that the Holy Ghost be translated at once into all flesh. The Holy Spirit very rarely shows Himself on the surface of anything…Christ was crucified on earth and the Church is crucified in time, and the Church is crucified by all of us, by her members most particularly because she is a Church of sinners. Christ never said that the Church would be operated in a sinless or intelligent way, but that it would not teach error. This does not mean that each and every priest won’t teach error but that the whole Church speaking through the Pope will not teach error in matters of faith.” (p. 307)
I am not claiming that all criticism of the human dimension of the Church is wrong. At times we are obliged to offer intelligent and informed criticism of the Church. We learn from the study of Church history that the Church at some moments in her history has been a better image of her founder than at other times.
What I hope to take from O’Connor’s insights is that when I make any criticism of the Church, I don’t forget that all members of the Church are human and therefore sinners, including me.