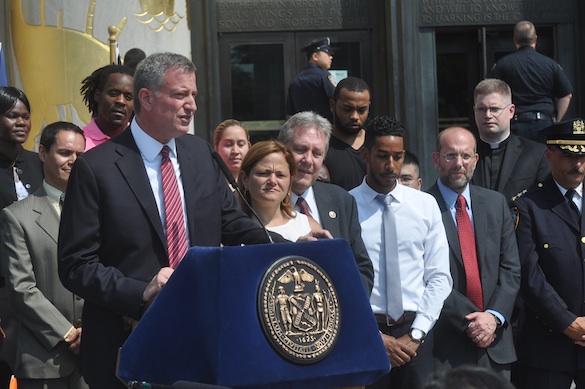 Mayor Bill DiBlasio came to the steps of the Grand Army Plaza branch of the Brooklyn Public Library to sign into law the bill establishing a Municipal ID card for New York City.

The card is aimed at giving all New Yorkers access to all city services, regardless of immigration status.

It will be recognized by the police, banks, stores and cultural institutions as a valid form of identification.

The project will be launched in January and will be available free of charge for the first year.

The card was praised by advocates for the homeless and LGBT groups.