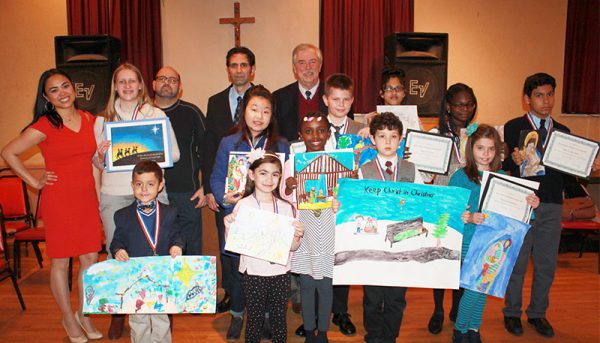 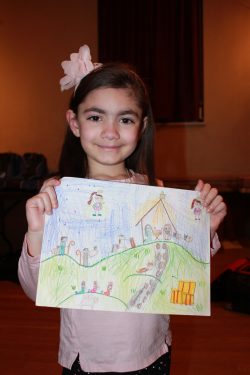 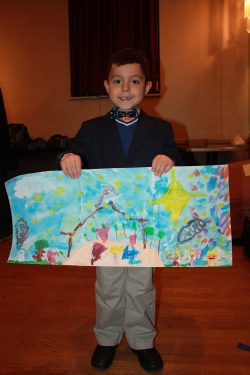 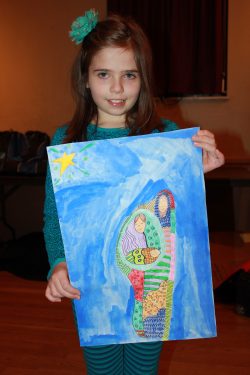 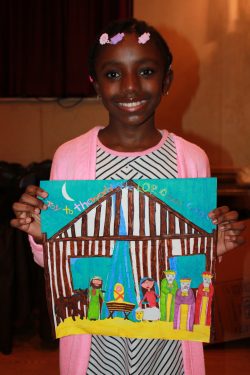 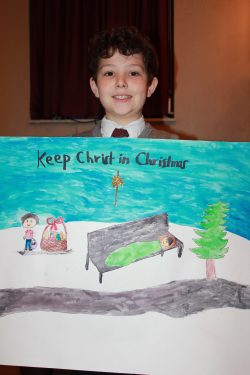 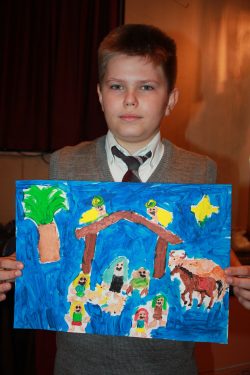 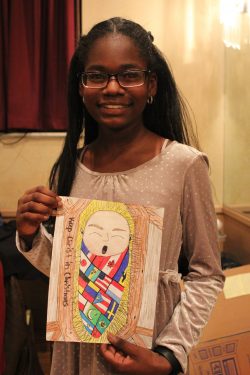 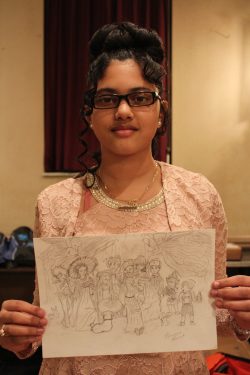 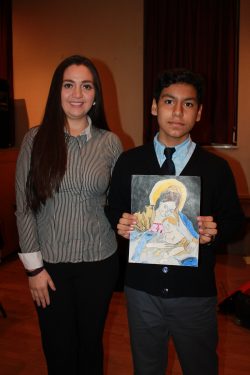 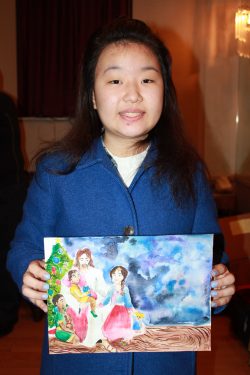 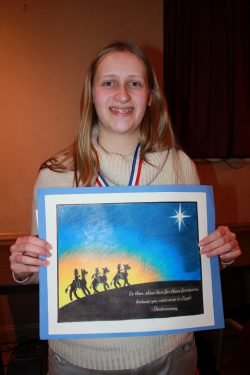 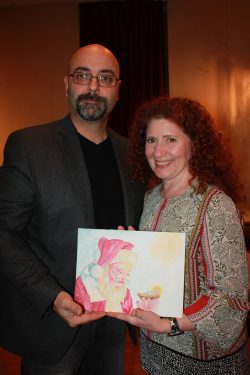 Winning The Tablet’s annual Keep Christ in Christmas Art Contest takes craftsmanship, dedication, attention to detail and for the special theme this year, reflecting on a specific passage in the Old Testament: Deuteronomy 10: 17-19.

Twelve winners, which included a tie, were selected to celebrate their achievements at the Archbishop John Hughes Knights of Columbus Council No. 481, Dyker Heights, Jan. 24.

With participants from across the diocese encompassing nearly 30 Catholic academies, four high schools and one parish, judges had to pick a winner from more than 800 student entries. The submissions were unique, thoughtful and showcased the diocese’s diverse talents and child-like expressions of Scripture.

For the first-place winner from St. Agnes H.S. in College Point, Julia Jiyoung Yoo said the country’s division and “hatred” from the last few years stirred her emotions in a way that inspired her masterpiece.

“I was trying to combine love and bring everyone together,” said Yoo. “It doesn’t matter what race or color you are, what gender you are, it matters on who you are as an individual and that we’re all connected by Jesus Christ alone.”

Winners took home certificates from The Tablet, local state and district representatives, a scholarship from the Knights of Columbus Council No. 481, Dyker Heights, and giveaways from DeSales Media Group, the parent company of The Tablet.

Chloe and her family.

The Fifth Grade winners from Holy Angels share their awards.

Julia and her art teacher.

Robin Lesser and her family.

The Agate family come up to receive awards in their daughter's honor.

Congratulations to the Winners: 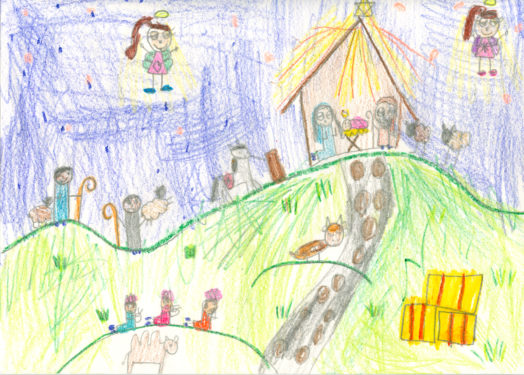 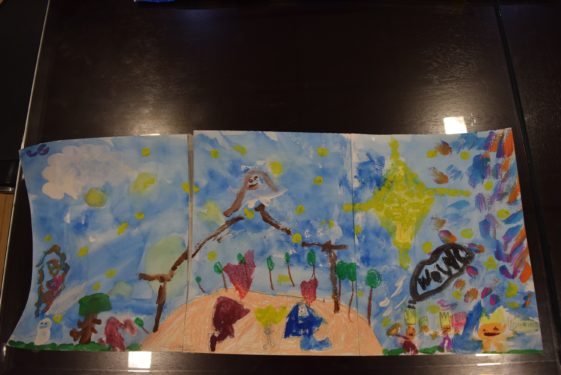 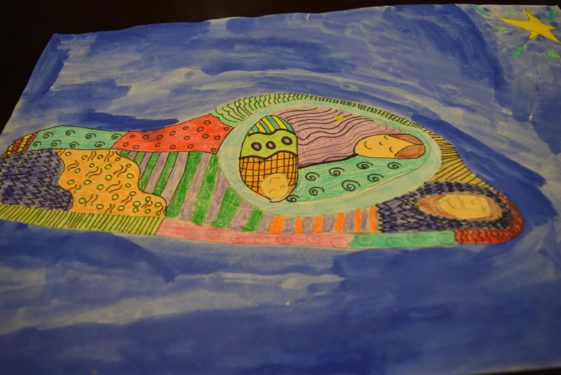 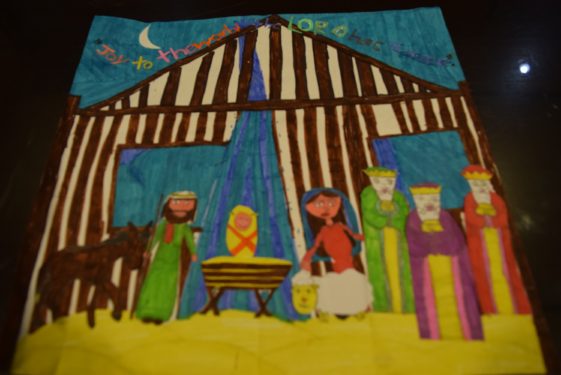 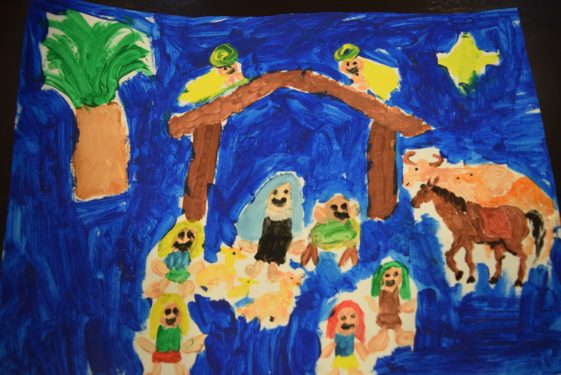 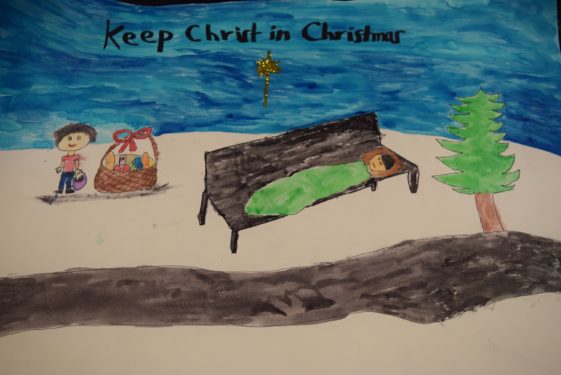 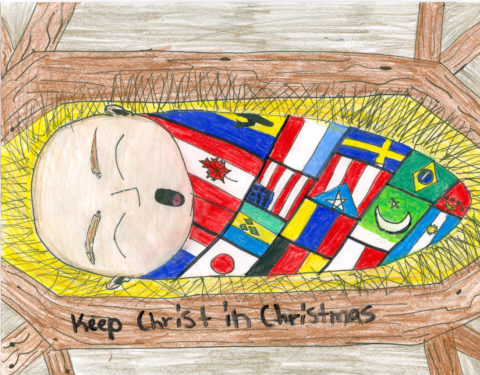 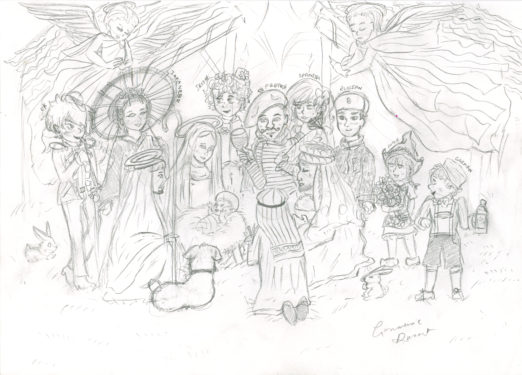 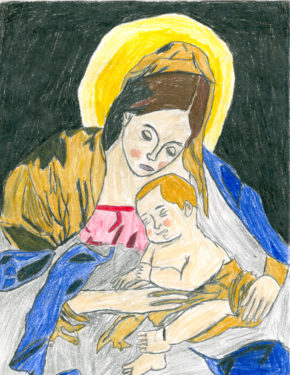 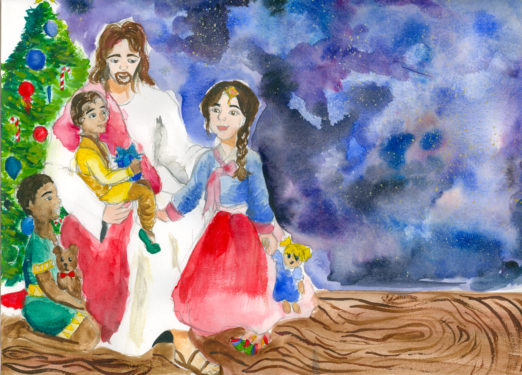 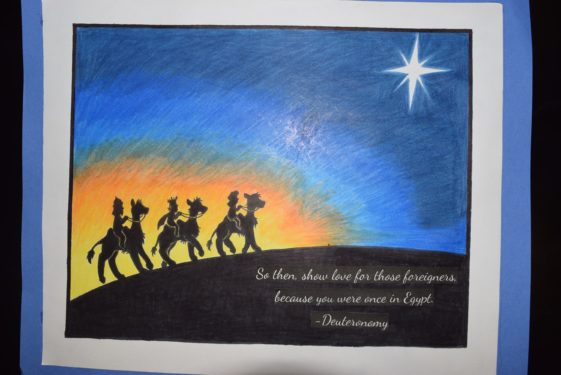 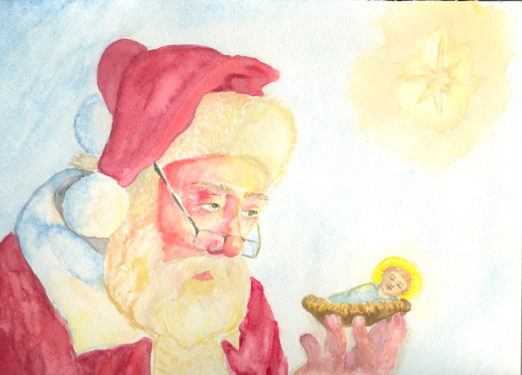 Honorable mentions have also been awarded to the following students: