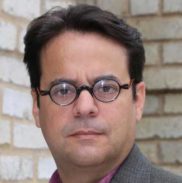 The time we spend stuck in traffic in Brooklyn should be discounted from our time in purgatory, a friend of mine used to say. People visiting from other parts of the country have a hard time believing that a 15-mile commute usually takes an hour and 15 minutes or more. Now school is out and children are on vacation. You feel the change — but it is still a good hour ride.

In order to alleviate the suffering of my personal purgatory on wheels — and following my daughter’s advice — I started listening to audio books and podcasts every day, morning and night. I mostly listen to history podcasts, and for the last month, I have been soaking up a very long and interesting series about the history of the papacy. It is actually a history of the Church, from St. Peter to the present.

History puts everything in perspective, and in that sense, listening to the challenges the Catholic Church faced during the first four centuries of the Christian era has made me remember, once again, that we naively tend to think the problems we face are the most daunting of all times.

The first three centuries of the Church were a constant battle for survival in a world where persecution, natural catastrophes, famine and epidemics were common facts of life.

After the Edict of Constantine, when persecutions subsided, an epidemic of heresies and divisions put the Church at the brink of schism every other decade. It was during that time, too, that the growing closeness of Church and state — together with the decline of the Roman Empire in the West — created a whole new set of problems. Corruption, fights for power and influence, divisions and excesses became ugly marks on the face of a Church that years before was rich in martyrs and confessors.

In this complicated history, two developments caught my attention. The first one is the number of councils that took place to sort out all the different ideas and theological concepts that came from all the corners of the known world. Amid the fights and division, there was a willingness for dialogue, to discuss different ideas to try to find the truth.

The second one is the decline of the Church in North Africa. While the Church in Egypt remained strong at the end of the Roman Empire, the Christian civilization in other parts of North Africa practically disappeared. A key difference between these two regions was that while monastic life had flourished in the East section of this region, it practically didn’t exist in the West.

There are two lessons to be learned here. Or three. Our challenges we face in the Catholic Church — and in our country, for that matter — are not “the worst in history.”

We need to have a historical perspective and know that these are not the worst of times. We need to be able to talk about our differences — like the early Christians did in the councils of the fourth and fifth centuries — and come to agreements. And more important than anything else, we need to pray and to keep our faith as the members of the monastic orders.

Christians are women and men of hope. Our hope is justified by the resurrection, not by human promises. It is not enough to proclaim this basic truth — we need to live it. And always — always — we need to pray and talk to each other like brothers and sisters who are trying to build the Body of Christ together.